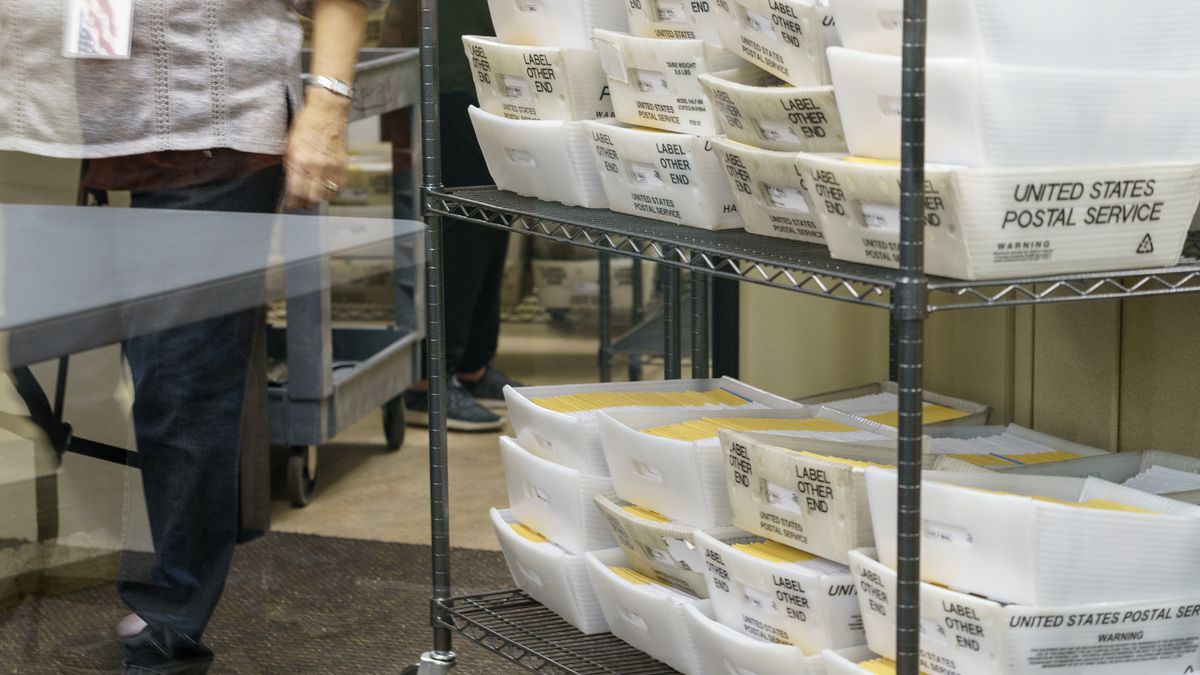 Booming population growth made Oregon one of six states to gain an additional U.S. House seat after the 2020 census. The state’s population jumped more than 10% in the over the past decade to reach more than 4.2 million residents, giving it a new congressional district for the first time in 40 years.

The newly created 6th District stretches from the affluent southwestern suburbs of Portland to Salem, the state capital, and also includes rural areas across a wide swath of the Willamette Valley, one of the main agricultural regions of Oregon.

Democrats hope the new district will add to their advantage in Oregon, where they controlled four of the state’s previous five seats in the U.S. House. But Republicans also see an opportunity in November, hoping to capitalize on discontent with the ruling party amid runaway inflation.

But the abortion issue could complicate GOP efforts to win in a district that many observers saw swinging toward the Democrats even before the controversial U.S. Supreme Court ruling overruling Roe v. Wade, despite the laws of Oregon providing strong abortion rights protections.

“These are really favorable terms for Republicans,” said Christopher Stout, an associate professor of political science at Oregon State University. “But the last two weeks have kind of changed that.”

A recent poll showed that suburban women oppose US Supreme Court action that has allowed some states to dramatically restrict or ban abortion.

Andrea Salinas, the Democratic candidate running in the 6th, says abortion is one of her main issues. When the Supreme Court’s draft ruling was leaked two weeks before the Oregon primaries, she said abortion care was virtually all she had heard from voters on the campaign trail.

“People actually stopped me on the street when I was knocking on doors and recognized me from the announcement I made,” Salinas said. In April, she aired a TV ad saying “Let’s face it: we’re about to lose our right to choose”, in which she highlighted her support for the 2017 Reproductive Health Equity Act of Oregon, expanding access to abortion and requiring insurers to fully cover reproductive health. cost-free health care.

Salinas advocated for the bill while working as a political consultant before taking office at the State House in 2017.

But while opinion polls show an increase in the number of people citing abortion as a major issue, economic concerns remain at the forefront of voters’ concerns.

Mike Erickson, the Republican candidate for Oregon’s 6th District, says that’s what he wants to focus on.

In an email, Erickson said Democrats “have no solution to help struggling families in Oregon meet their daily needs.”

“Instead, they’re talking about a Supreme Court decision that simply put the issue of abortion back in the hands of Oregon voters,” he said.

The national campaign arms of both parties watch the race. Erickson was listed as “on the radar” by the Republican National Congressional Committee. The Democratic Congressional Campaign Committee named Salinas to its “Red to Blue” platform, a move that not only provides him with organizational and financial support, but also signals the party’s concerns about headquarters security.

In order to fend off Salinas’ projected advantage, Erickson will have to woo independents, who outnumber Republicans and Democrats in the district. About 165,000 unaffiliated voters are registered there, compared to about 148,000 voters for Democrats and nearly 122,000 voters for Republicans, according to data from the Oregon Secretary of State.

This is Erickson’s third time running for Congress. In previous campaigns, he has run on an anti-abortion platform.

The latest campaign finance data shows Erickson has raised about $723,000 so far, more than half of which comes from his own money. That’s about $80,000 more than Salinas, and the DCCC estimates she’ll need to raise at least $5 million to win the race. But Salinas is “fundraising very well,” according to OSU’s Stout, and she may be able to engage voters more with the historic nature of her campaign.

If she wins in November, Salinas will be Oregon’s first Latina elected to Congress.

Stout says Democrats “can’t ignore the possibility that a Republican could win this district because it’s a real possibility.” But he added that “Wade’s overthrow energized Democrats.”

“If that momentum continues, I think we’ll see a lot of Democrats running,” Stout said.

Rush is a member of the Associated Press/Report for America Statehouse News Initiative. Report for America is a nonprofit national service program that places reporters in local newsrooms to report on underreported issues.

Earnin Review: What You Need To Know