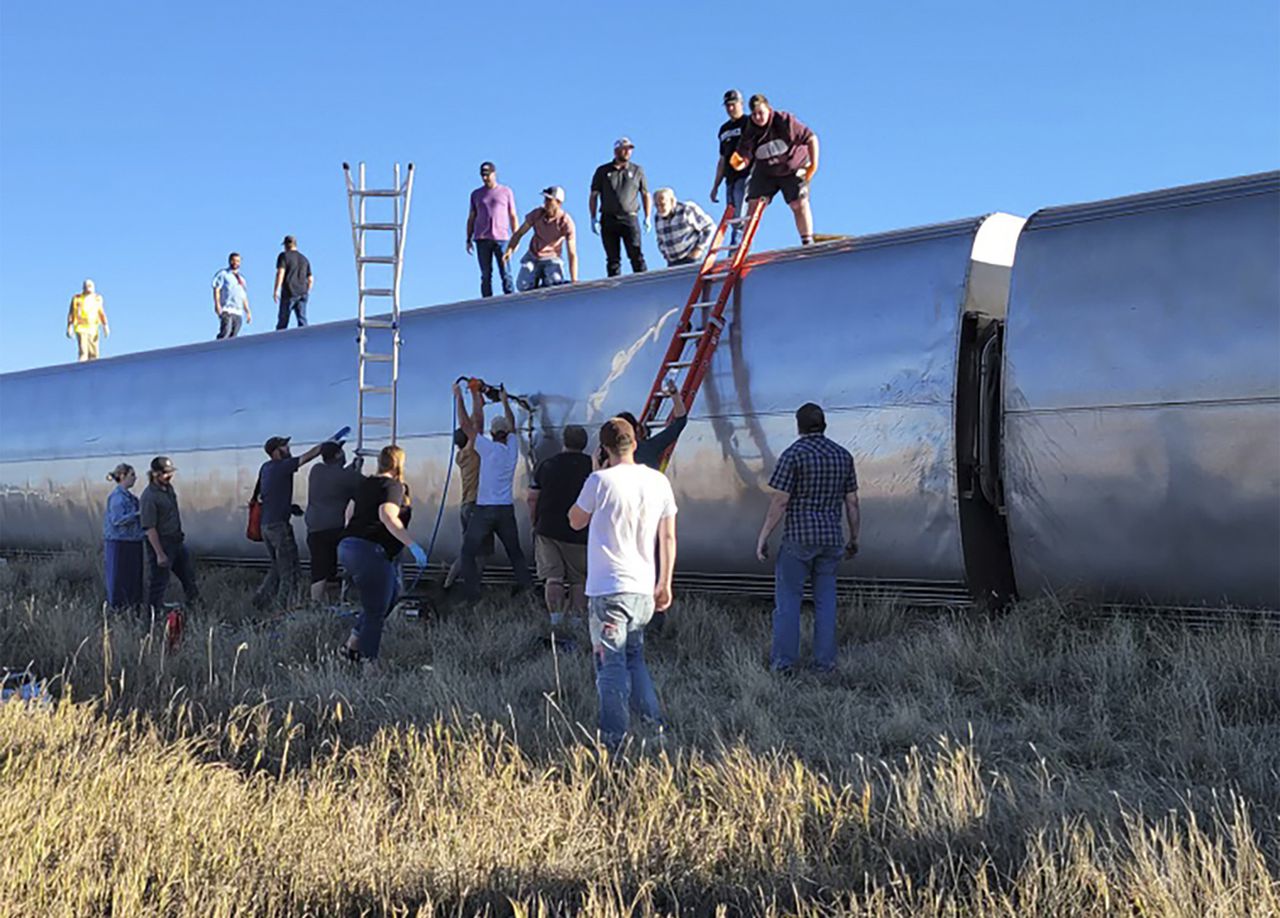 At least 3 dead after Amtrak train derailment in Montana

JOPLIN, Mont. – At least three people were killed on Saturday afternoon when an Amtrak train between Seattle and Chicago derailed in north-central Montana, an official with the Liberty County Sheriff’s Office said.

Dispatcher Starr Tyler told The Associated Press that three people died in the derailment. She didn’t have more details. Amtrak said in a statement that there had been several injuries.

The Empire Builder train derailed around 4 p.m. near Joplin, a town of about 200 residents, Amtrak spokesman Jason Abrams said in a statement. The crash site is approximately 150 miles north of Helena and approximately 30 miles from the border with Canada.

The train had around 146 passengers and 16 crew on board, Abrams said.

The train consisted of two locomotives and 10 cars, seven of which derailed, he said.

Megan Vandervest, a train passenger who was going to visit a friend in Seattle, told the New York Times that she was awakened by the derailment.

â€œMy first thought was that we were derailing because, to be honest, I have anxiety and I had heard stories of trains going off the rails,â€ said Vandervest, from Minneapolis. â€œMy second thought was it’s crazy. We would not derail. Like, that doesn’t happen.

She told The Times that the car behind hers was overturned, the one behind that was fully overturned, and the three cars behind that “had completely fallen off the tracks and pulled away from the train.”

Speaking from the Liberty County Senior Center, where the passengers were taken, Vandervest said it sounded like “extreme turbulence on a plane.”

Amtrak was working with local authorities to transport injured passengers and safely evacuate all other passengers, Abrams added.

The National Transportation Safety Board will send a 14-member team, including investigators and specialists in railway signals and other disciplines, to investigate the crash, spokesman Eric Weiss said.

Five Amtrak cars derailed around 3:55 p.m. MT, and no other trains or equipment were involved, Weiss said. The train was running on a BNSF Railroad main track at the time, he said.

Photos posted on social media showed several cars on the side. Passengers stood along the tracks, some carrying luggage.

The footage showed sunny skies and it appeared that the accident had occurred along a straight section of track.

– Tom Krisher contributed to this report.