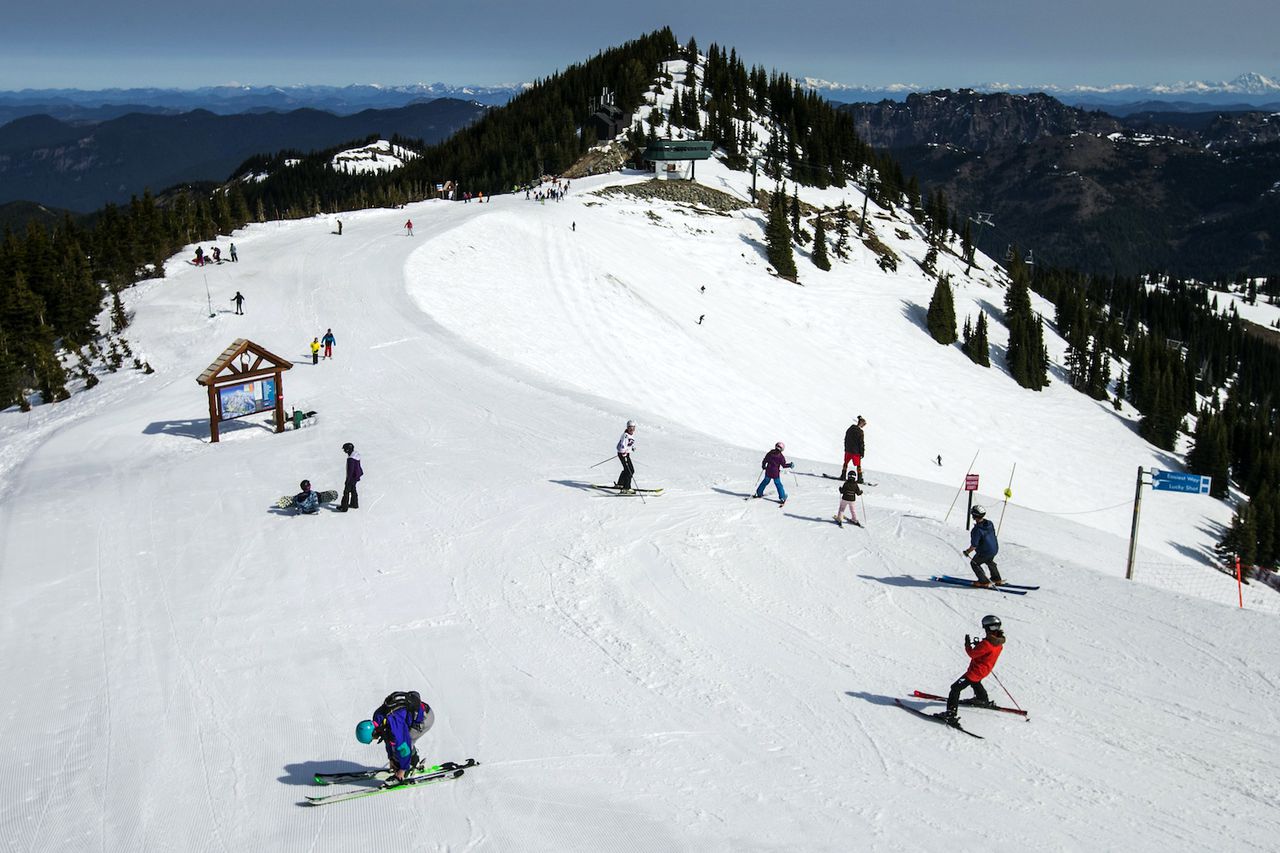 An avalanche swept through part of a Washington state ski resort used for off-piste skiing on Saturday, killing a 60-year-old man and temporarily trapping five others.

The identity of the deceased man has not been disclosed, but authorities say he was no longer breathing after being removed from the snow and did not survive despite the CPR efforts of another skier. The other skiers in his group fled with the help of two witnesses who saw them get swept away by the snow. All were carrying avalanche beacons.

While all of those caught in the avalanche were experienced cross-country skiers, a warning was issued against skiing in the area, which was just inside the boundaries of Crystal Mountain Resort. The private ski resort determines the conditions, but nothing prevents skiers from going there as the property abuts public land in the Mount Baker-Snoqualmie National Forest.

Frank DeBerry, president and CEO of the resort, said the six men held the ski resort’s uphill travel passes, which means they were registered with the ski patrol, have participated in an orientation on how and where to access ski touring through resort property and had to check snow conditions prior to their excursion.

â€œSkiers can move around wherever they want in the state forest. They had gone out into the forest but ended up within the limits (of the station) where this slide occurred, â€DeBerry said.

In addition to shutting down the area where the slide occurred, the resort closed the Mount Rainier gondola earlier today due to winds reaching 100 miles per hour (161 kilometers per hour).

The avalanche came amid the first heavy snowfall of the season. The area is under winter storm warning until Sunday morning, with the National Weather Service saying 12 to 15 inches of snow is possible for areas above 2,000 feet.

â€œWe had a late start to the season and now we’ve gone from virtually no snow to a giant snowstorm. People were excited, â€DeBerry said. “We all have to remember that this is a sport that comes with risks.”