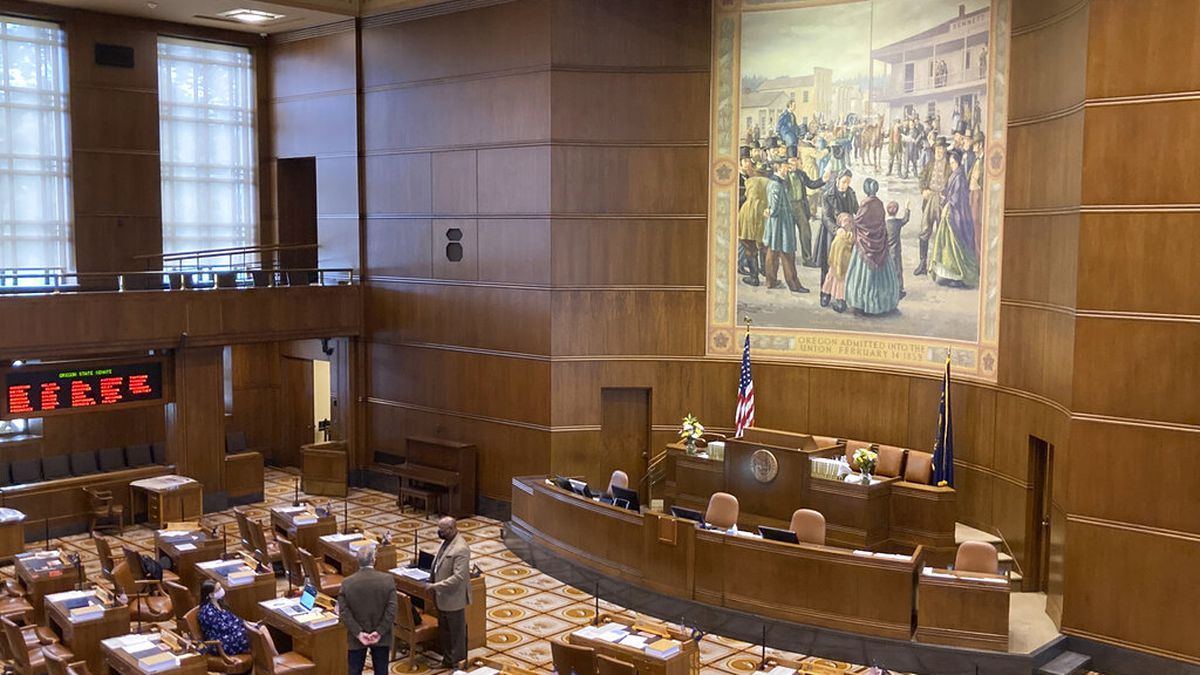 Calls for a special session of the Oregon legislature to protect tenants pending whether they will receive federal help to avoid eviction intensified on Wednesday.

Renter protections passed earlier this year have expired or are about to end for about 12,000 Oregon households. The state’s emergency rental assistance program has more than $ 200 million in federal cash to help Oregon residents stay housed, but the state agency responsible for distributing the funds has a significant backlog.

This means these households could be evicted even as the state rushes to get checks into their hands.

â€œOver 15,000 additional requests are also in the system, awaiting review and approaching their expiration date every day. Statewide, that means more than 27,000 households are at risk of eviction due to processing delays as winter approaches, â€the letter said. “This is unacceptable.”

Democratic Senator Kayse Jama and Representative Julie Fahey lead the two legislative housing committees tasked with finding solutions to keep Oregonians housed. They are also the main architects of Senate Bill 278, which passed earlier this year and imposed a 60-day break in eviction proceedings for tenants who could prove they had applied for federal assistance in rent.

But now that 60-day “safe harbor” has expired or is about to expire for many tenants who have waited months for Oregon Housing and Community Services and their community partners to process a historically high volume of claims.

More than $ 300 million has been requested by more than 38,000 households who continue to struggle to pay and repay rent due to economic hardships caused in the past 18 months by the COVID-19 pandemic.

In an update to lawmakers in early October, OHCS leaders said it could take 10 to 13 weeks for the state agency to clear the huge backlog of applications.

But tenant advocates and housing lawyers continue to sound the alarm bells that there is not enough time for those whose protections are running out.

This has led local elected officials and housing service providers to unite to call for a special session to address the growing crisis.

Jama and Fahey wrote their own letter to the governor asking him to take executive action to stop the eviction proceedings again. But according to Brown, the way SB 278 was drafted prevents him from using his power to act independently to extend protections.

“The Governor continues to work with lawmakers to explore potential solutions, but at this time, all solutions to address eviction issues must be adopted in partnership with the Legislature as part of the legislative process.” said Charles Boyle, deputy director of communications at Brown. .

Jama and Fahey are now working with a group of tenant advocacy groups and landlord organizations to examine ideas lawmakers might consider in a special session. Legislative leaders are also involved in these discussions, including Kotek, who tweeted his approval for a special session last week.

â€œEveryone worked hard and fixed issues as they arose. It is a huge task, and we are going through an extremely difficult time, â€Jama said on Wednesday. â€œThe need for housing assistance was great before the pandemic, and it just became (more true). I’m working with President Fahey and management to make sure OHCS has what they need so that we can keep the Oregonians in their homes.

What could a special session cover?

Jama said there are three specific areas lawmakers expect to address in a special session.

The first is to fix the request system to ensure that requests for assistance are processed as quickly as possible and that checks are cut in a timely manner.

The second is to identify additional sources of funding to replenish the money spent as applications are processed; nearly 1,600 new claims representing $ 10 million in claims are filed each week.

Finally, lawmakers could enact new protections to ensure those waiting for their claims to be processed are not deported as long as the state has money on hand that could help them stay housed.

â€œWe have to make sure that those who are waiting for their approval and future funds stay lodged,â€ Jama said. â€œTo do otherwise would create an even greater urgency. “

Jama and other lawmakers have continued to highlight that the pandemic and housing instability have hit Oregon’s low-income families and communities of color the hardest.

According to US Census “pulse data” collected between September 29 and October 11, more than 67,000 Oregon households are not convinced they can pay next month’s rent.

Jama said ensuring housing stability, especially for black, indigenous and colored households, is one of the state’s most important responsibilities right now.

Concerns have been expressed as to whether the political backlash following the redistribution effort that took place in Salem in September could impact the functioning of the legislature in the future.

Jama said he believes the legislature can do its job to protect those threatened with deportation and not plunge the state into an even deeper crisis.

â€œWe are thinking about a lot of ideas on how to improve the system. All the ideas are on the table. We receive feedback from stakeholders and have great confidence in the good faith discussions, â€Jama said. â€œOregonians have come together time and time again to bring solutions to great crises, and it is no different. “