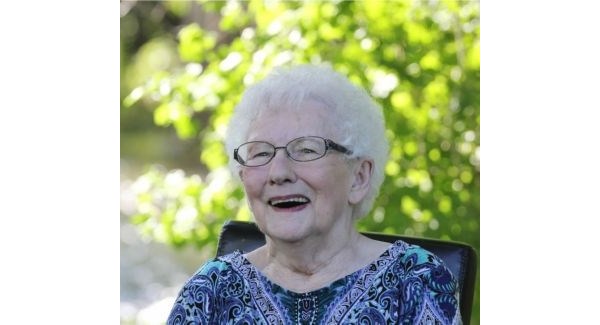 On October 13, 2021, Darlene A. Johns left this world surrounded by her loving family to join her sons in Heaven. She went as she wanted to her daughter’s care home. Darlene was born on February 8, 1938 to Cliff and Angela (Gillie) Davis. His childhood was spent in many different places. She still remembered her time on the Oregon coast the most, but her home was forever in Anaconda. She graduated from Anaconda Central High School in 1956.

Darlene married Ed Sedminik, from Anaconda, and the two raised 4 children together, Diane, Joe, Jim and Deb. The two then divorced and Darlene then remarried William Johns in 1982, and they spent several years together until they too divorced. Darlene worked as an operator for the telephone company until the birth of her first child, then spent many years at home raising children. She returned to the workforce as a cook at the Embassy Super Club, and later worked as a bartender at her son Jim’s establishment, the Mill Bar. At the Moulin, she was known to her customers as a spirited pint-sized bartender, with a quick wit, colorful language and a pragmatic attitude.

She spent many days traveling the open roads of Montana with her special friend Joe Mihelic, always keeping both feet on the ground. She spent hours with her best friend Marilyn McCarthy, drinking coffee, smoking and chatting every morning, while their children played in the background. In her later years, she was a staunch friend of Bud, Rose, Carol, and many other classmates.

She is predeceased by her parents Cliff and Angela Davis; his brother-in-law, Ken McDougall, his sons Joe and Jim Sedminik.

The Christian Burial Mass will be held at Saint-Pierre Catholic Church on Friday, October 22, 2021 at 10:30 am There will be one visitation hour before the church service.

Longfellow Finnegan Riddle Funeral & Cremation Service is responsible for Darlene’s funeral arrangements. You can offer your condolences to www.longfellowfinneganriddle.com.