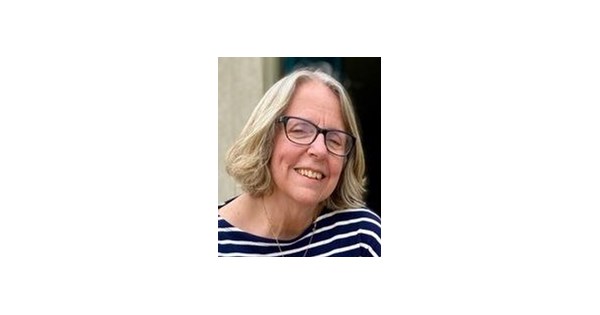 Ann hinckley costello
December 5, 1949 – December 21, 2021
Boise, Idaho – Loving wife, mother, grandmother and friend Ann Hinckley Costello passed away peacefully on December 21, 2021, at the age of 72, after a long and fierce battle.
Ann was born December 5, 1949 in Corvallis, Oregon, the eldest of Edwin Carlyle and Beula Bell Hinckley. She attended school in Oregon, Wisconsin and Colorado while her father was completing his doctorate. She graduated from Provo High School in 1968, then attended Brigham Young University, spending a semester in Grenoble, France, traveling through Europe and Africa. She obtained her bachelor’s degree in history with a minor in French in 1972 and completed a master’s degree in information and library science in 1974.
While working as a manuscript librarian at the Utah Historical Society in Salt Lake, she met Patrick, who was completing his master’s degree in social work at the University of Utah. Patrick moved to California and soon realized that Ann was the best human on the planet and called to find out if she would like to marry him. They were married in February 1977 at the LDS Temple in Provo, Utah. They then made a series of moves (and children) following Patrick’s career with the Veterans Administration. From California to Oregon, where they had Amanda June, to Washington, welcoming Sean Hinckley, and back to Utah, welcoming Robert Patrick and a stillborn baby girl, Shauna. In 1985, Patrick accepted a position with the VA in Boise. Settled in Boise for the long term, Patrick and Ann completed their family with Jeffrey Edwin and Caitlin Ann. Their life at Boise has brought a sprawling network of beloved friends and colleagues.
While raising the family, Ann worked as a librarian, spending tens of thousands of hours over nearly 20 years helping any customer who walked through the door. After her retirement, Ann became an expert in finding and selling books in rare editions, with all profits from her efforts going to a literacy charity. She sincerely believed in the importance of libraries, librarians and the lifelong learning they encourage. Ann had a tireless love of reading, learning, and the physical book, which lasted until her very last moments. According to a reading journal she started keeping in 2002, which is hardly a testament to the volume of books consumed in her lifetime.
Ann had read about 1,500 books by the time of her death, with batteries still by her bed. As a result, the amount of information she could remember and the breadth of knowledge she could understand, discuss and share was inspiring and amazing. Ann’s love for the written word and her voracious intellectual appetite also led her to become a gifted editor, speaker, and writer.
Simultaneously, never one to sit idly by, for over 20 years Ann immersed herself as a volunteer with the Boise YMCA Swim Team and Idaho High School Swim Program during and during many years after the end of her five rowdy children from competitive swimming. In her volunteer efforts with the Boise swimming community, she worked diligently to provide other young swimmers with the same benefits that the sport brought to her children. Her experience in the Boise swimming community has established long-standing friendships and a genuine love of the sport.
Prior to Patrick, as well as their entire time together, Ann traveled the world and the United States, culminating in an 18-month LDS service assignment in Charleston, South Carolina in 2016. In Charleston, Ann and Patrick have Provided support services to serving members and veterans, exploring the South on weekends. They fell in love with South Carolina and the people they met there. As always, they made lasting friendships wherever they traveled.
Ann was an engaged member of the LDS Church, serving a wide variety of callings for six decades, and she appreciated the blessings she received and the relationships established in the church.
Ann was a caring, empathetic, and drily funny mom who supported her family and friends in whatever choices they made. She loved unconditionally. She was wise and understood the benefit and meaning of developing a fulfilling, service-based life. We are so lucky to have had her as a mother and grandmother and her physical presence will be deeply missed.
Ann is survived by her husband, T. Patrick Costello; their five children, Amanda (Curtis) Neill, Sean (Liz), Robb (Lindsey), Jeffrey (Alyssa) and Caitlin (Nate) Robinson; and 13 grandchildren: Owen, Henry, Connor, Betsy, Sam, June, Henry Dean, Etta, Evelyn, Martin, Jack, Max and Willa. Ann is also survived by her brothers Scott (Mikelene) and Craig (Jan), as well as several beloved aunts, uncles, cousins, nieces and nephews.
The funeral will be at 11:00 a.m. on Wednesday, December 29, 2021, at the Church of Jesus Christ of Latter-day Saints Meetinghouse, 3700 S Maple Grove Rd, Boise, ID, and by video conference. In lieu of flowers or other gifts, donations should be made to Friends of the Library in Boise: http://www.adalib.org/victory/make-donation