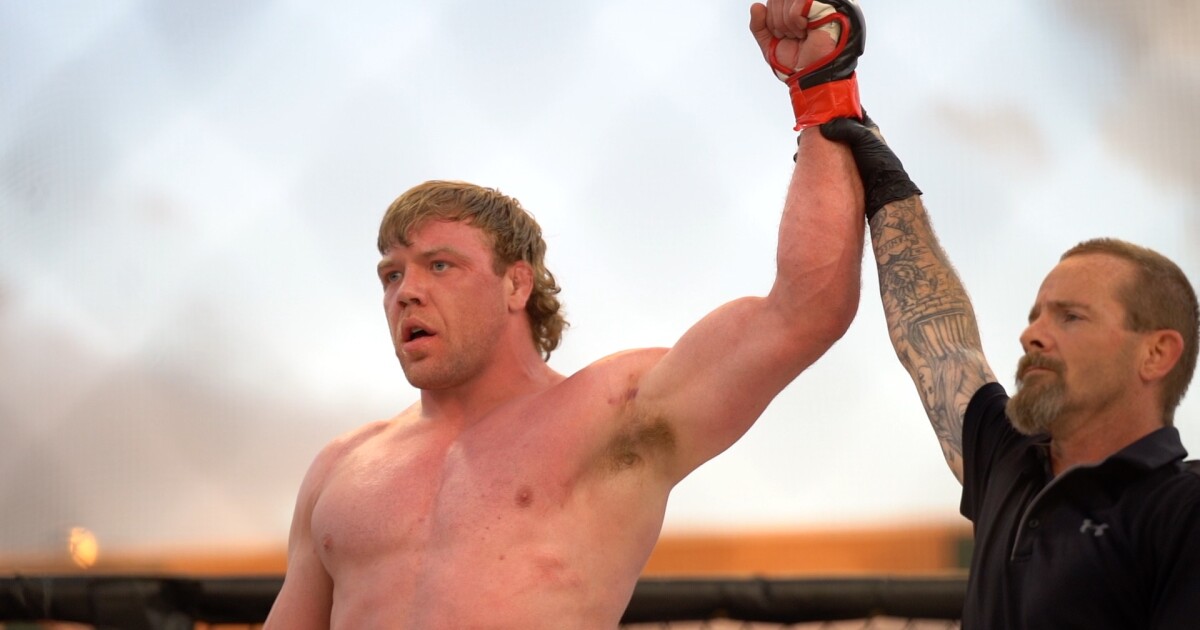 It’s been around for a while, but it’s not an established powerhouse like the Montana Grizzlies or the Montana State Bobcats.

Some are professionals, but they are not members of the Pioneer League baseball teams in Montana.

They are fighters, from all walks of life, from the DogPound Fight Team in Missoula. And their team is growing as they seek to put mixed martial arts on the map here in the Treasure State.

“Our team is different,” said professional MMA fighter Lauren Wolfe. “We are not here to play, we are here to fight.”

“I think it’s just toughness,” added Ryder Small, another professional fighter. “The shows that we can put on with the natural ability to fight. We come from a tough place. I think Montana is one of the toughest states. I think it just comes naturally.”

Fighters and fights are different.

It takes a different mentality to know that you are entering a ring or a cage to voluntarily fight another human being.

“You have to be wired a certain way,” added Dogpound head trainer Matt Powers. “We look at it as, ‘We have a job. Our job is to go in and inflict as much damage as possible. “”

“The reason we’ve been able to fight is because we’re doing a lot of different things from a lot of other places. We have a smaller group, but everyone on the mat isn’t necessarily looking to be a fighter. , but they’re all looking to learn how to fight.”

Matt Powers started the Dogpound Fight Team in Oregon in the early 2000s, but after moving to Missoula he revamped the team for more than one reason.

“There was no MMA, there was no submission grappling,” Powers explained. “So I started the Dogpound so I could train people to have people to compete against. But that’s really how we started, I just needed training partners.”

And the game has changed drastically from the moment Powers stepped into the ring.

“When I was younger and fighting, we didn’t have the athletes they have today,” he said. “They were taping a square in an armory and you could tap your wrists and it was basically just a fist fight. But you were fighting three or four times and making less money than it cost you in gasoline to get there.”

But as organizations like the UFC became mainstream, Powers saw an influx of fighters in Montana wanting to try mixed martial arts.

At one point, Powers said the Dogpound Fight Team had around 30 professional fighters on its roster, along with around 15-20 amateurs.

But an injury to Powers set him back, and the numbers in turn dwindled.

But a new inspiration will soon appear: his son, Conall Powers.

“I just got on the mats watching him and he was a huge role model in my life and so without knowing it I kind of started to emulate him,” Conall said. “I pretty much evolved with the sport. I don’t think I really had a choice. It kind of led me to this, but I love this sport.”

“Having Conall and a moving athlete like him kind of sells,” Matt added. “Because he’s on the mat and because I can use him to demonstrate, the transition was nice and smooth.”

The two work in tandem as a coaching duo alongside Rafer King, while Conall continues to train for his own MMA career.

It’s also a passion project because unless one of their fighters lands a great show, the coaches do it as a labor of love and don’t charge any of their fighters money, so the athletes can use their finances for their career rather than pay for a coach.

“He made it interesting because he showed me a different way to fight. The thought of him standing in front of someone getting hit, I’m a dad, that’s not appealing. But the the way it moves and the way it sinks made me realize that you can fight back and not take too much damage.”

Lately, the Dogpound Fight Team is beginning to find its resurgence with a new wave of talent, which was on full display in July at Fusion Fight League’s Fights Under the Lights in Missoula.

Budding athletes like Justin Harbison and Hudson Kettenring scored blistering first-round victories at the event as both launched their amateur careers and became examples of what the Dogpound Fight team has to offer.

“It means the world to me and I’ve told everyone, I don’t want to go to a big gym and grow a big gym,” Harbison said. “I want to make it big and put Montana on the Montana MMA map and what it is. Being part of Dogpound is family and that’s a big part of that.”

While currently training out of Colorado, Schulte never forgets where his roots began winning his fourth straight fight.

The story of Dogpound is emblematic of what small gyms go through.

Although the numbers are growing, they are still small and finding the right training partners in certain weight classes can be difficult.

Additionally, the fighters do not have a central location to train like some of the major gyms in the United States.

To make it work, they train at Ridge Fitness, Zoo BJJ and will even train outdoors if conditions warrant, another example of their dedication to the sport.

“I believe the toughness inherent in them growing up in Montana translates into the heart,” Matt Powers said. “It’s hard to break our athletes. You can put them in a bad situation for nine minutes in a row, in their head I will put you in the 10th. So it’s because they grew up without having everything under the hand.”

“I love this gym. I feel like it’s a small team, everyone is much closer, you know everyone very well,” added Wolfe. “You know your sparring partners and even though he’s small, I also have some of the best wrestlers in the state that are my size that I train with every day, so that’s the best option. that I feel.”

Wolfe and Jen Schmill are two of the Dogpound fighters.

Both are pros and on the rise, but with competition scarce in Montana, they look to each other and their teammates for training as they embark on their MMA journeys.

“I think it’s super inspiring,” Schmill said. “I just turned pro for my very first fight because they couldn’t find me someone as an amateur. So mine was kind of unexpected and being part of the close-knit group of pro athletes was super intense and empowering. and I thrive in the challenge.”

Their small, tight-knit team also shows how far MMA is from being an individual sport.

“Commit to this training room so you can get back what you put in 10 times because you have to think of it as a team sport,” Kettenring added. “You go into it on your own, but at the end of the day you choose a team. You choose training partners, a coach and that’s an intimate thing and I think important. And I feel like I’ve done the prefect choice.”

So what’s next for the Dogpound?

Finding a place to practice and work is paramount to their cause, and the team have likely found a centralized facility they hope to move into in the coming months, which would help training become more convenient as they grow.

The team currently sees between 8 and 15 professional fighters training at the same time, with the same number of amateur fighters in the gym as well. Members like Josh Wright have had opportunities with Bellator, and other fighters on the team are on track to start breaking into bigger MMA promotions.

“Well, these guys are family now,” Small said. “Once you join in and stick around for a while it kind of becomes a part of your life and like I said I’ve been doing this for half my life it’s basically the most things that I do and I’m just grateful for anyone who comes to help me and I’m able to help them and see them succeed.”