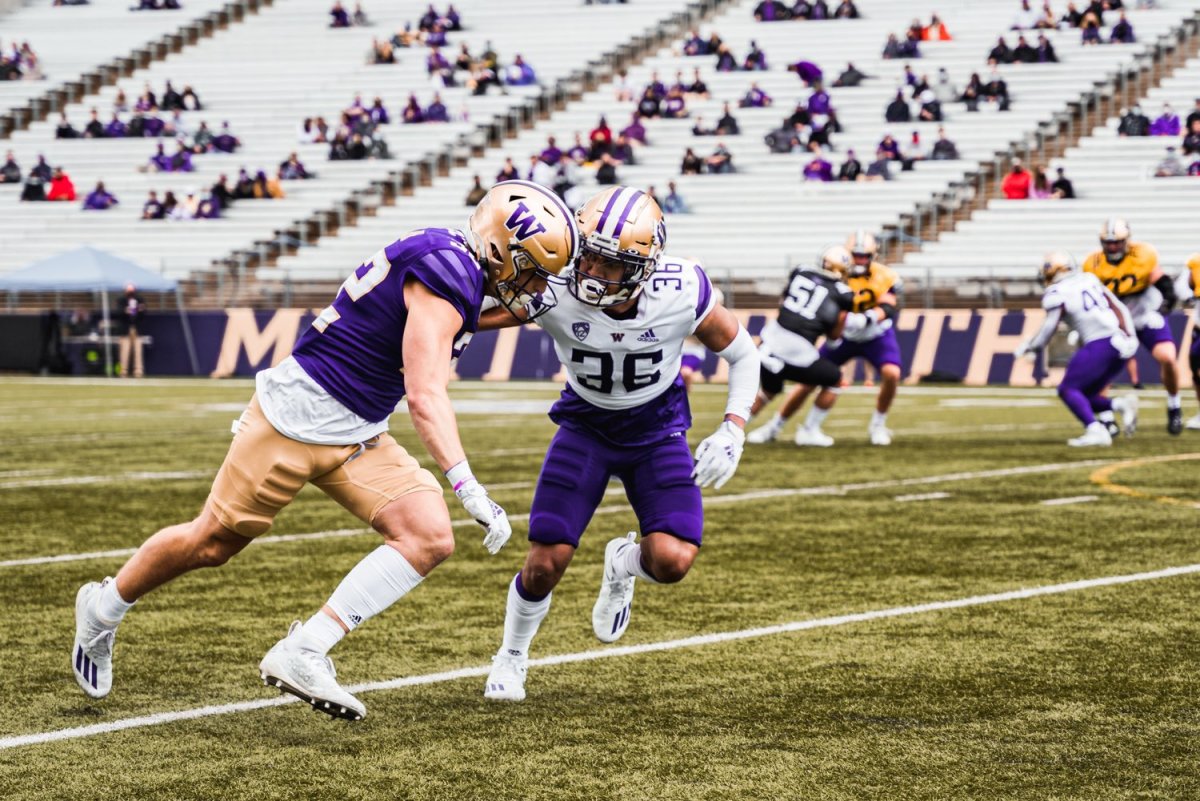 Kasen Kinchen was so determined to play football for the University of Washington that the cornerback passed on scholarship offers elsewhere and came to the Huskies as a top player.

However, when Jimmy Lake and his UW coaching staff were let go last November, Kinchen apparently decided his dream of playing at Montlake was also fulfilled and he entered the transfer portal.

On Friday, the 5-foot-10, 170-pound defensive back revealed on social media that he is joining Washington State, though it’s unclear if he received a scholarship or is walking to new.

A native of Lake Stevens High School in Lake Stevens, Wash., Kinchen did not appear in a game for UW for two seasons. He will always be remembered for finding himself in the middle of one of the most violent Husky training fights in recent years.

Fourteen months ago, Kinchen and wide receiver David Pritchard grabbed everyone’s attention when they twitched and traded some serious punches during a spring passing play, a blast that the defensive backs coach Will Harris later said was a bit too much.

Recruiting analysts have praised Kinchen, calling him a potential Power 5 starter. Still, UW had previously bet on defensive backs and had no purse for him in that class.

He reportedly passed on offers of financial aid from the Air Force, Hawaii, eastern Washington and northern Colorado. He was recruited by California and Oregon. He even made a recruiting trip to Notre Dame.

“He actually had offers from the Big Sky, but it was just him wanting to come and develop and be in the best unit,” Harris said.

Kinchen reported to UW as a new freshman in June 2020, at the height of the COVID-19 outbreak. He couldn’t do much in fall practices and during the abbreviated Pac-12 season, both of which were delayed and later scrapped.

Kinchen finally got the chance to show what he could do as he alternated between first and third team Husky during spring 2021 practices. He intercepted true freshman quarterback Sam Huard during one of the first workouts. He finished with 5 tackles in the last game of the spring.

His progress went no further as the Huskies fell last season, he went unused for a 4-8 team and the coaches who knew him best were gone.

Go to si.com/college/washington to read the latest Husky FanNation stories as they are released.

Not all stories are published on fan sites.