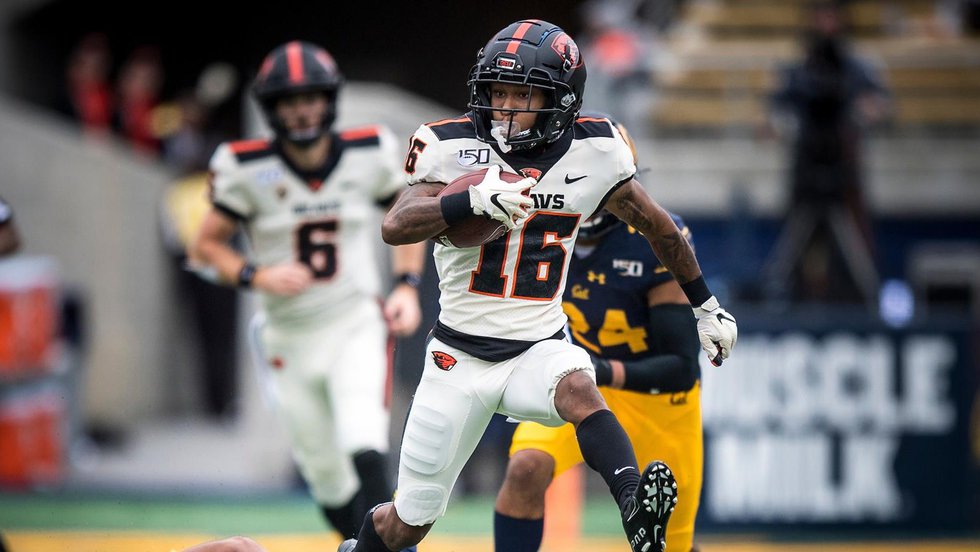 Former Oregon State wide receiver Champ Flemings announced Sunday that he has committed to Arkansas State. The Pasadena, Calif. native entered the portal in Januaryhe has one season of eligibility.

Flemings played in 42 games over 4 seasons for the Beavers, earning honorable mention All-Pac 12 in 2020. He has 61 career receptions for 902 yards and 4 TDs. Flemings is a threat on special teams, returning 82 kickoffs for 1,823 yards. He was the Pac-12 Special Teams Player of the Week on November 23, 2020. Flemings had 125 kickoff return yards against Washington.

This continues the trend of former Power 5 players being transferred to the Red Wolves. Natural State natives Ja’Quez Cross and Blayne Toll joined the peloton ahead of spring training.