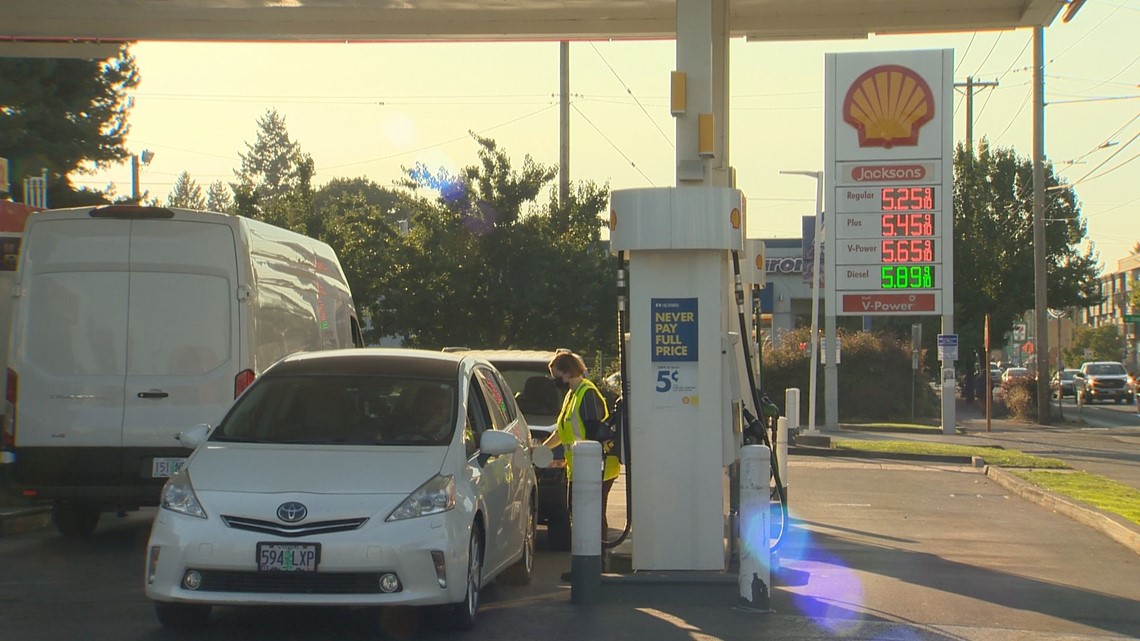 For the first time since August, the average price of a gallon of gas in Oregon topped $5.

PORTLAND, Ore. – After weeks of relief at the pump, gasoline prices are rising again. According to AAA Oregon, Oregon’s statewide average jumped 35 cents per gallon last week to land at $5.01.

It’s the first Oregon has been above $5 since August, but a far cry from the $5.54 it saw in June, the highest average price per gallon on record in Oregon.

In Washington, the average price rose 30 cents to $4.92, but nationally the national average was up only a nickel.

RELATED: As inflation continues to climb, these prices have risen the most in Portland

Marie Dodds of AAA Oregon said that in general, gas prices on the West Coast are always a little higher than the rest of the country due to limited supply. She said that if there is a supply or distribution problem, gasoline prices can rise.

“That’s exactly what we’re seeing this week,” Dodds said. “We have a handful of refineries in California in the Los Angeles area that are going through unscheduled maintenance that can take several days. They’re also having issues at a refinery in Washington State.”

RELATED: Oregon wants to increase the number of electric vehicles on the roads

On top of that, Dodds said the Olympic pipeline needs to be serviced within the next two weeks. She said part of the scheduled maintenance at refineries includes switching from their summer blend to winter blend gasoline.

Dodds said several factors suggest gasoline prices will eventually drop in late fall or winter, but it’s unclear by how much. She warned that gasoline prices are likely to get worse before they get better.

“Wait, buckle up, because it’s going to be a bumpy ride over the next two weeks with these supply issues and refinery issues,” Dodds said.