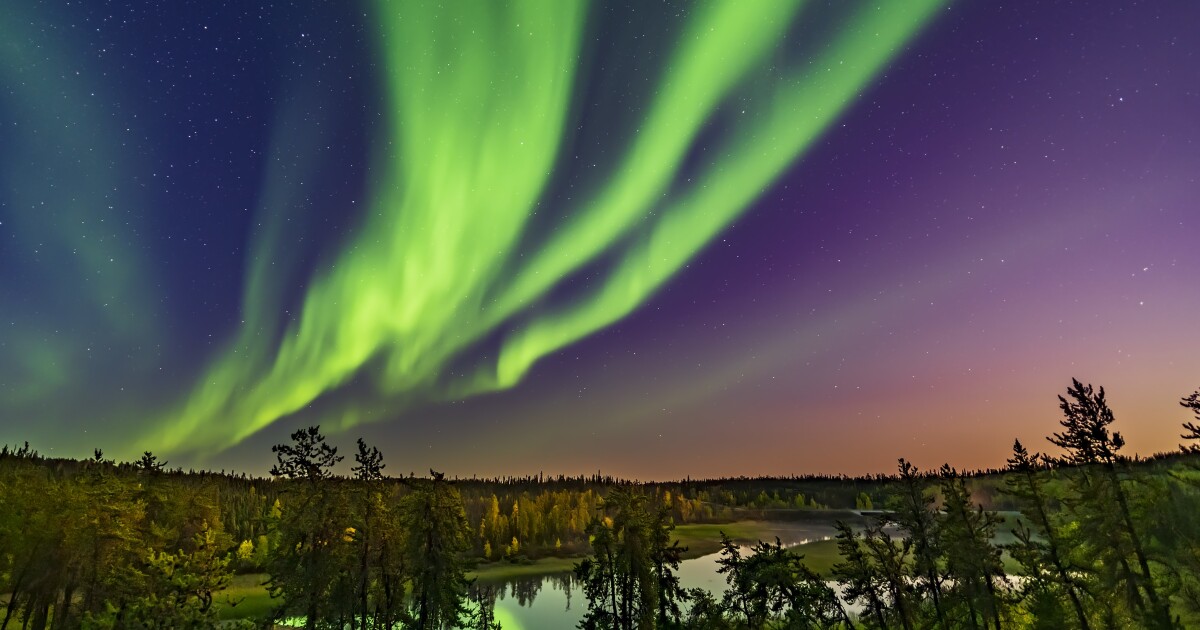 If you’re looking for a good Halloween light show this weekend, you might just have to look at the sky.

The Northern Lights, or Aurora Borealis, could be visible across much of the northern United States this weekend, including the far northeast, the Upper Midwest and Washington state, according to the National Oceanic and Atmospheric Administration. The lights could even be seen as far as Pennsylvania, Iowa and Oregon.

A a solar flare has erupted Thursday morning and is expected to reach Earth on Saturday. NOAA’s Space Weather Prediction Center in Boulder, Colo., On Thursday announced the possibility of increased visibility of the lights when it issued a G3 geomagnetic storm watch for the weekend.

When the solar flare occurred, it resulted in a coronal mass ejection, or large cloud of charged particles from the sun moving toward Earth. These particles are what can amplify the Northern Lights.

If you want to increase your chances of seeing the lights or seeing them as clearly as possible, it is recommended to go out of cities or places with Less light pollution.

Earlier this year, scientists finally answered a long-posed question about what causes the lights. They said these stunning displays of green, blue and purple lights came from disturbances from the sun pulling on the Earth’s magnetic field. From there, cosmic waves are created which launch electrons at high speed into the atmosphere, which creates the phenomenon.

For other effects of the geomagnetic storm, NOAA has listed the possible effects of voltage irregularities, false alarms on some protective devices, and interruptions to navigation and radio signals.

If you are not in an area where you could see the lights this time, there is always Halloween Movies To Watch, pumpkin sculpt or crush and good old fashioned trick-or-treat around the neighborhood.