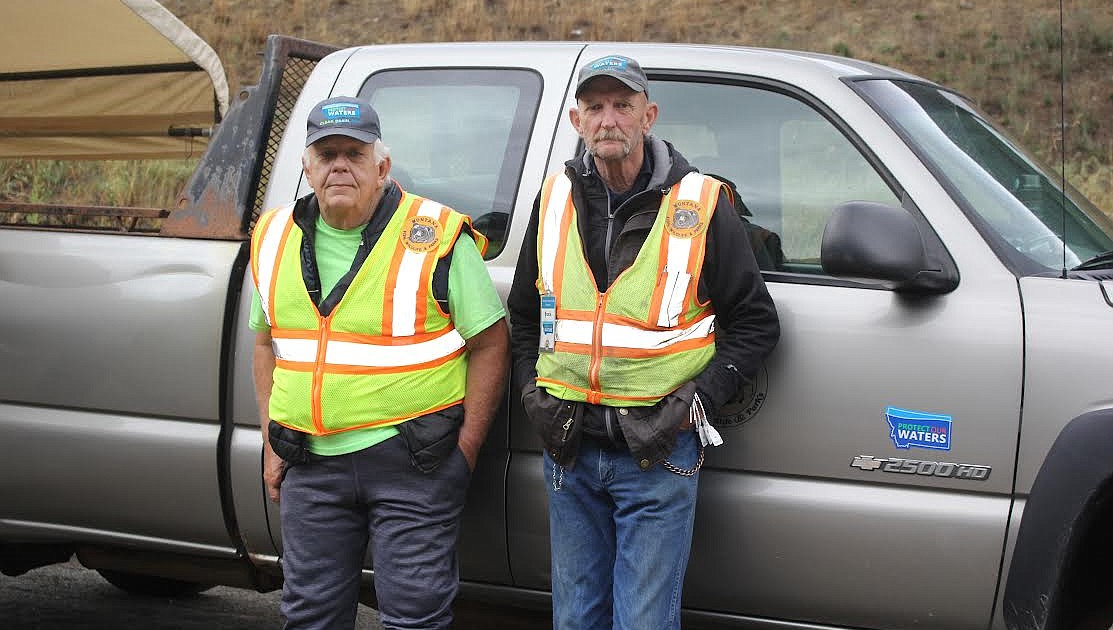 I-90 boat inspection station last line of defense in Montana

For those who own any type of water tank, the message of Clean, Drain & Dry is very familiar.

That’s the tagline and instructions for Montana’s fish, wildlife, and park inspection stations across the Big Sky Country.

It is a mandatory stop with serious consequences if you pass with your kayaks, boat, paddleboards, jet skis or any other water toy going in any direction.

Montana‘s first station for eastbound traffic and / or the last for westbound travelers is at Drexel exit 25 on I-90.

Bruce Nixon is from Alberton and Terry Pond is from Plains. Both worked 12-hour shifts for $ 14.79 an hour all summer looking for intruders.

Invasive aquatic plants and animals are what they want, and for good reason.

â€œThere are freshwater mussels native to Montana, but these invasive species are double-shelled and devour all the nutrients for other aquatic plants, fish, reptiles and amphibians,â€ Nixon said. “They will clean up the water so that all the algae at the bottom will now receive sunlight, flourish and take over and grow to the surface where the propellers of boat engines get dirty.”

The water can turn crystal clear, which sounds wonderful, but it removes the micronutrients that native species feed on. Other states are doing the same as it becomes more and more of a problem in areas where water recreation is a popular commodity.

â€œWe get boats from the ocean that have stayed there and have barnacles and blue mussels. They won’t live in fresh water, but we always clean them and make sure the boat is cleaned, drained and dry, â€Nixon said. â€œWhen washing a boat, no chemicals are needed or used. Water at 120 to 140 degrees cooks and kills everything, â€he said.

Nixon also shared an interesting story of what happened at Drexel Station.

â€œWe don’t do much with invasive freshwater mussels. We’re looking more for Eurasian Watermilfoil, New Zealand snails, Asian clams, and aquatic plants from the Columbia River or the Pacific Ocean, â€Nixon said. â€œBut about a month ago, we caught our only ship with zebra mussels, a small sailboat that came from Minnesota. He passed through two Montana checkpoints. An Idaho checkpoint, a Washington checkpoint. Did a 100 mile regatta in Puget Sound.

â€œHe turned around and came back through the Washington and Idaho checkpoints. The guy stops here and in a conversation said his last freshwater lake was Lake Minnetonka (Minnesota) which is a hot lake for zebra mussels. When we hear this, we do it. a high risk inspection and we started looking at a clamp on a rudder with a flashlight. Dan (the other inspector) saw the bissel wires deep in a crevice that a mussel will use to attach to hard surfaces with. to follow up to the transducer and they were, after all the checkpoints that came and went! “

The five states that don’t have zebra and quagga mussels today are Wyoming, Montana, Idaho, Washington, and Oregon. British Columbia and Alberta are also exempt.

Mussels are found in the Missouri River and head to South Dakota. There is a three-level control system in Montana with a special area for watercraft entering Flathead Basin. Indeed, the region is considered the main upper reaches of the Columbia River, regardless of other tributaries, but the volume of water in the Flathead Basin is gigantic.

“We make every effort to keep the Flathead area clean, because if they get loose there they can contaminate everything all the way to the Pacific Ocean.”

Due to the bissel threads, they will attach to any hard surface. They get attached over and over in layers and layers that clog the pipes.

â€œOne of the other inspectors who works here came from Cleveland and mentioned a 6 foot diameter intake pipe. The mussels were so infested there that you couldn’t poke your fist into the opening. In fact, they must have blasted them out of the pipe.

They clog sewer lines, boat engines, water pumps and anything below the surface. One mussel will produce 1 million young. There is no poison that will kill them.

“I love it”! Nixon smiles when asked what he thinks of his job. The statewide WIS will close soon at the end of summer, and boating is pretty much over for the season.

Nixon explains that most of these invasive species do well in water around 40 degrees to around 90 degrees. Below and above, they begin to go out.