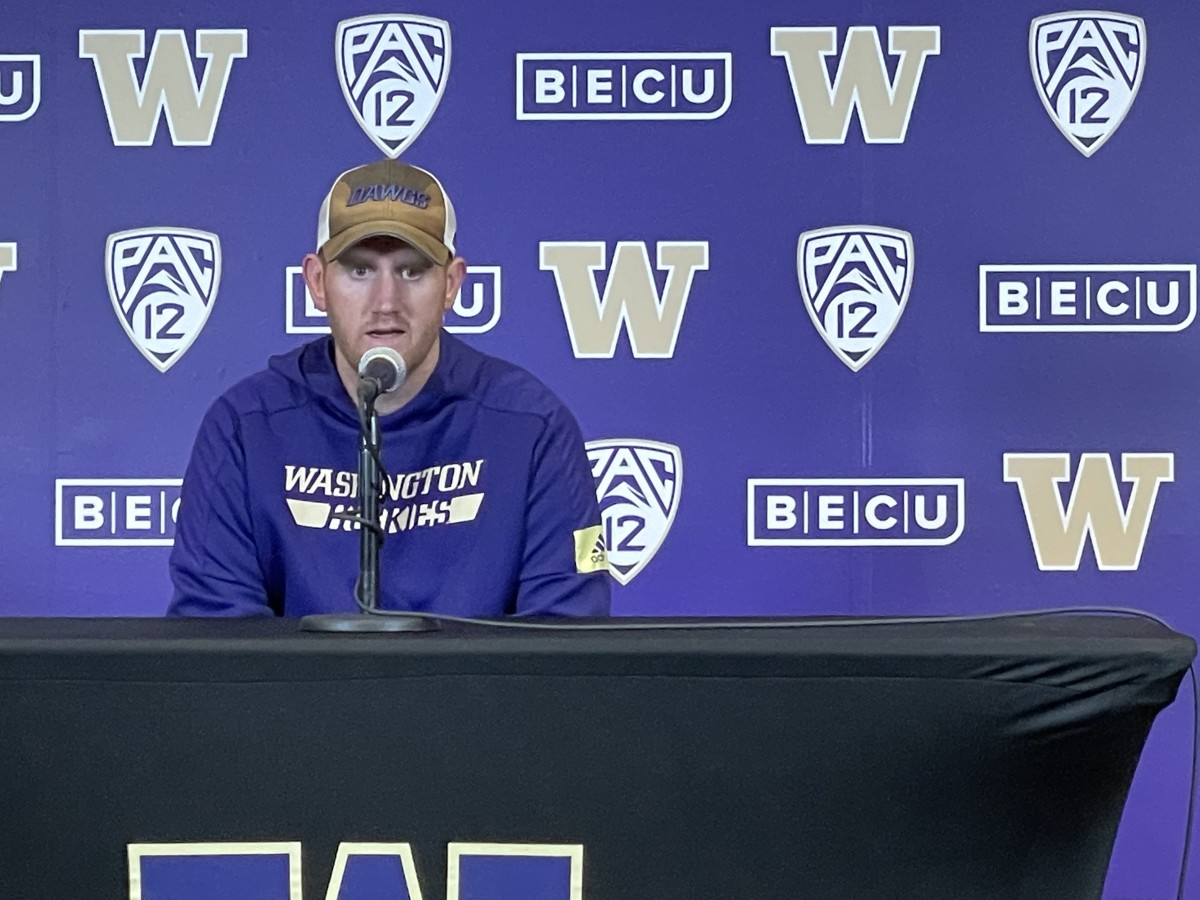 Derham Cato entered the former University of Washington team, where Don James used to address his players and the team’s media interviews are now being conducted, and headed for a front table without limping, crutches, nothing to lean on.

The tight ends coach has met reporters for the first time since being injured in Oregon state, cut to the sidelines on a punt early in the game and taken to a hospital local.

Aside from learning that Cato recovered without surgery or anything that interfered with his training, the biggest revelation from the previously undisclosed incident was this:

Second-year assistant coach was hit by friendly fire – Cato was knocked out by a Husky player.

He was a member of the special team lining up on the outside who is known as the “gunner”, someone he did not identify.

Cato said he looked away from the UW player, observing some of the punt coverage that was his responsibility, when he was taken off his feet. He was immediately taken to a local hospital, accompanied by the team doctor. He only joined the team when he boarded the charter flight home.

The gunner was cornered by a player from the state of Oregon and sent flying towards the helpless coach.

â€œI was kind of caught off guard,â€ Cato said. “I saw it at the last second and got hit. That’s what it is.”

As a player, the UW assistant was a starting three-year defensive tackle at Dartmouth, the last time he played collegially in 2004. Now considerably lighter, he was at the time wearing a frame of 6 feet 4 inches and 275 pounds.

He’s been on the UW football program for six seasons, the first four as a Husky offensive analyst for Chris Petersen’s staff before Jimmy Lake hired him to be on his new staff.

Cato, who reluctantly went to the hospital for treatment, joked that his reflexes weren’t as sharp as they used to be.

â€œIt was more embarrassing than anything, honestly,â€ he said. “I thought I got past that thing.”