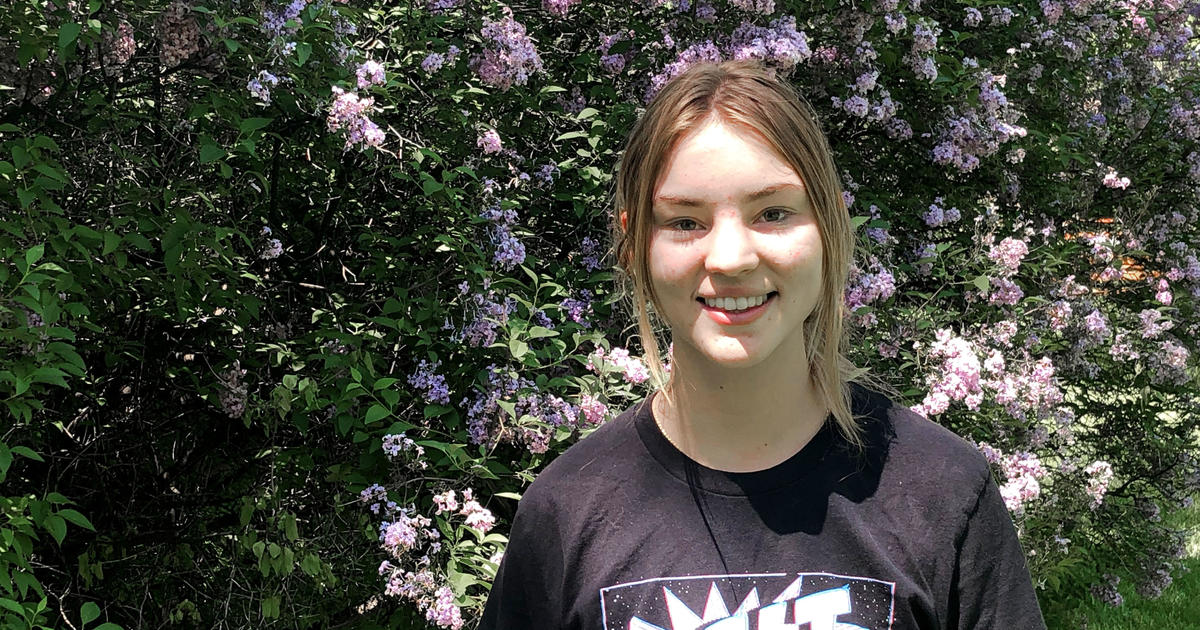 For her birthday in October, Grace Gibson-Snyder and her family explore the Lamar Valley, just inside the northern border of Yellowstone National Park.

Carved long ago by the meanders of glaciers, the valley is home to bison and bald eagles, grizzly bears and gray wolves. Gibson-Snyder has seen them all. She calls it “my favorite place”.

“I know how special it is to have this in my life,” said Gibson-Snyder, an 18-year-old from Missoula, Montana, “and I don’t want it to go away.”

This concern, hypothetical not so long ago, materialized in June when unprecedented floods washed away bridges, ravaged roads, forced evacuation of thousands of tourists and temporarily closed the park.

Although park officials described the flooding as a rare event, scientists say this type of extreme weather conditions should be expected as the climate continues to warm.

It also illustrates why Gibson-Snyder and 15 other young adults and children in Montana are suing their state.

Their lawsuit claims that Montana — by favoring fossil fuels as its primary energy resource — contributes to climate deterioration and violates children’s right to a clean and healthy environment guaranteed by the state constitution. In doing so, the lawsuit alleges that Montana is interfering with the health, safety and happiness of children.

“The state’s reliance on fossil fuels, its energy policy, its continued expansion of fossil fuel extraction have all led to exasperated effects of climate change,” Gibson-Snyder said. “It is a betrayal of the government.

In 2021, coal-fired power plants generated 43% of Montana’s electricity, compared to 41% from hydroelectricity and 12% from wind power, according to the US Energy Information Administration.

With favorable rulings from a state judge and recently from the Montana Supreme Court, the children’s trial is set to become the first climate case of its kind to go to trial in the United States. Lawyers for Gibson-Snyder and fellow plaintiffs – aged 2 to 18 when the lawsuit was filed in 2020 – believe the case heralds a shift in climate-related litigation that could reverberate globally .

Already this year, children in Virginia, Utah and Hawaii have filed similar constitutional challenges, and Our Children’s Trust, the nonprofit law firm representing them in those actions, said other lawsuits by children in other states are likely by the end of the year. .

“A victory in Montana could very well have implications across the country and potentially even the world,” said Nate Bellinger, attorney for Our Children’s Trust.

That children are bringing these actions, Bellinger said, shouldn’t be surprising. Our Children’s Trust, he added, regularly hears from young people interested in bringing lawsuits against the states where they live.

“They have the most at stake and the most to lose and they are the least powerful group politically,” Bellinger said. “The courts are giving them the opportunity to have some of that power to do something to protect their own future.”

Claire Vlases, a plaintiff in the Montana case, noted that she was too young to vote when the lawsuit was filed.

“There are three branches of government for a reason,” said Vlases, now 19, of Bozeman, Montana. “If I can’t use the other two, that’s my way, and it’s a way for the kids, to make our voices heard.”

Lawsuits filed by children against their states will take place the day after June 30 United States Supreme Court decisiont to limit how the Clean Air Act — the nation’s main anti-pollution law — can be used to reduce greenhouse gas emissions from power plants. Although conservationists called the decision blatant setback in the fight against climate changeLawyers for Our Children’s Trust said the decision would not affect constitutional lawsuits by young people against state governments.

The Supreme Court’s decision, however, demonstrates “how important these children’s constitutional climate prosecutions are to combating the harmful effects of our government-sanctioned fossil fuel agenda,” said Mat dos Santos, executive counsel at Our Children’s. Trust.

Previous attempts by young people – or on behalf of young people – to force the government to act on climate change have been largely unsuccessful. Courts in Washington, Pennsylvania, Oregon, Florida and, earlier this year, Alaska have dismissed these constitutional challenges.

Another case brought by Our Children’s Trust, Juliana v. United States – the subject of a Netflix documentary – was rejected by federal court in 2020, although the plaintiffs are awaiting a decision on their motion to refile this lawsuit. Seventeen states, led by Alabama and including Montana, have requested to join the case and oppose its prosecution.

In dismissing these cases, judges have often concluded that the remedies sought should be pursued not in the courts, but in the executive and legislative branches of government.

A Montana judge, citing the Juliana case, accepted that reasoning when dismissing parts of the lawsuit last summer, but allowed other claims to move forward to trial. These claims do not assert that Montana is not doing enough to stop climate change. Instead, they allege that state actions are causing climate change.

“These are not cases of governments not acting,” Bellinger said. “Governments are taking action. They are promoting fossil fuels and allowing pipelines, power plants and extraction.”

The young Montana plaintiffs argue they are being harmed by a state energy policy that favors fossil fuels and a law that prohibits state environmental reviews from considering the effects of policies outside of Montana, which , in their view, does not allow for a proper examination of the effects of climate change.

These actions affect the environment and their health, the lawsuit claims. The children report suffering, among other medical issues, from aggravated asthma, headaches, and sore throats and eyes, mostly from pollution from Montana’s intense fire seasons.

The threat of a worsening climate also has emotional effects, the lawsuit argues. Gibson-Snyder, for example, said she was worried about the well-being of her future children.

“At best, they will grow up in a different environment than mine and with the same guilt and fear I have about this issue,” she said. “At worst, they will suffer directly from fires, floods and famines. I think many of my peers are going through very similar things.”

Helping the case of children in Montana is the specific constitutional right to “a clean and healthy environment,” considered one of the nation’s strongest environmental protections.

“Our constitution does not require dead fish to float on the surface of our state’s rivers and streams before its far-sighted environmental protections can be invoked,” the Montana Supreme Court concluded in a 1999 case that bolstered a clean and healthy environment as a “fundamental right.”

On June 10, Montana Attorney General Austin Knudsen filed an emergency motion asking the state Supreme Court to overturn the lower court’s decision and dismiss the children’s case, which he has described as “a climate crusade” and “a ploy” aimed at the “radical revision of the situation in Montana. environmental policy.”

“This lawsuit features a special interest group seeking to circumvent Montana’s political processes and impose – by court order – its preferred climate change policies on the people of the state,” the motion reads.

Four days later, the Montana Supreme Court denied the request. At the request of the attorney general who wanted more time to prepare, the state judge postponed the trial originally scheduled for next February. No new date has been set, although Bellinger expects the case to go to trial in the summer of 2023.

Gibson-Snyder said she was frustrated with her government’s continued opposition to helping end the climate crisis.

“It’s weird that they’re relied on to solve an international emergency while being fired by some of the same people who have that responsibility,” she said. “I continue to hope that the state will come to the aid of its citizens.”

Vlases agreed, saying she doesn’t understand the resistance to change when there is consensus that Montana’s landscape is worth protecting. The inaction of today’s leaders, she said, is an existential threat to her and her peers.

“It feels like you’re wearing the clothes of the previous generation,” she said.

K.H.NOT (Kaiser Health News) is a national newsroom that produces in-depth journalism on health issues. Along with policy analysis and polling, KHN is one of the three main operating programs of KFF (Kaiser Family Foundation). KFF is an endowed non-profit organization providing information on health issues to the nation.

I’m running out of money before my next payday: what can I do?