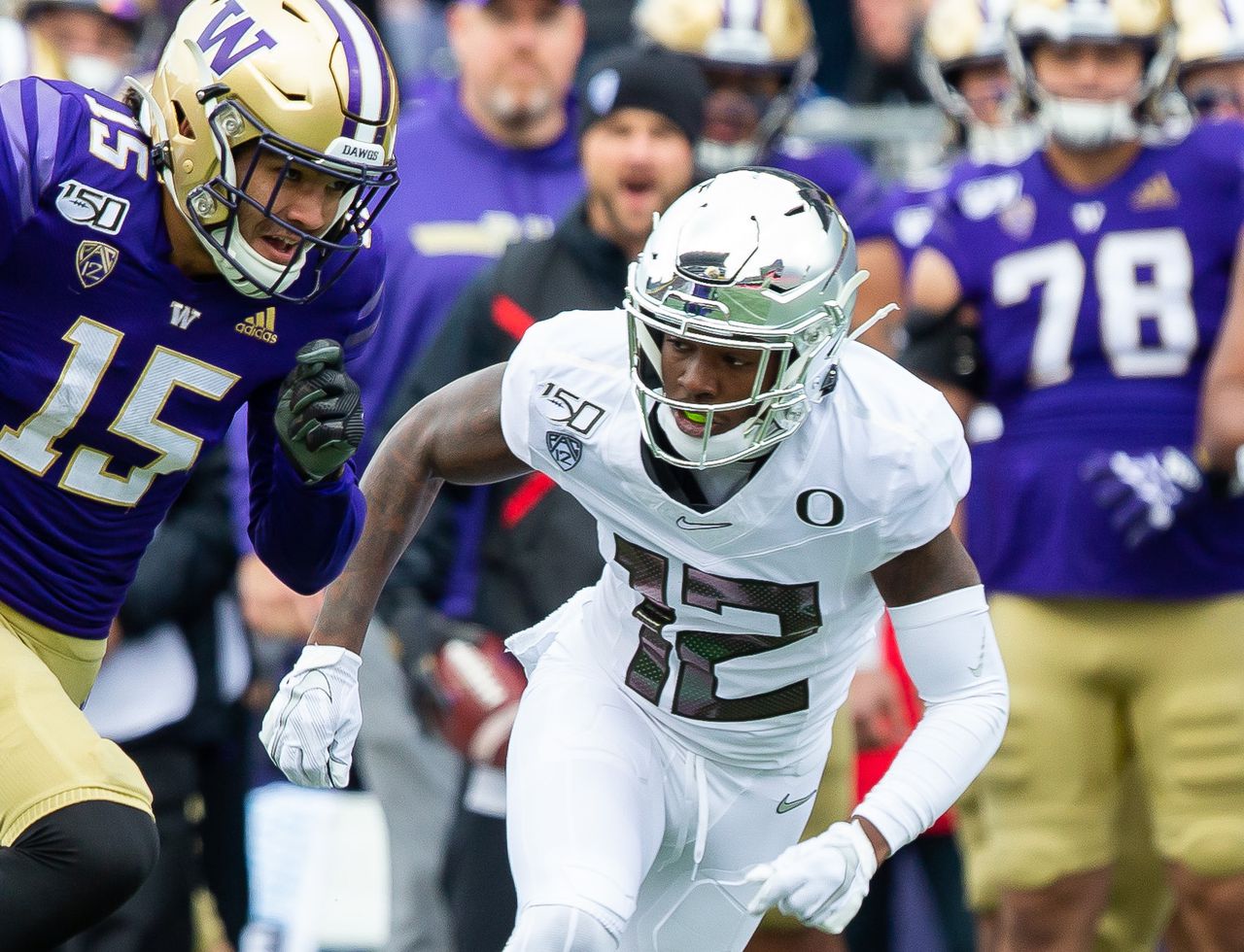 KJR’s Softy rings out on Oregon vs. Washington: “We hate you. You hate us.

Dave “Softy” Mahler hosts a radio show for KJR in Seattle. He joined me on Wednesday for a one-on-one interview on the upcoming Oregon vs. Washington football game.

It did not disappoint.

Listen to the full interview here.

On Jimmy Lake’s slap in Oregon this week:

â€œThey are absolutely a recruiting rival. I think Jimmy got caught a bit. I think he was trying to snap a funny little photo of Oregon and their lack of academic prowess if you will compared to places like UW and Stanford and Cal and Notre Dame and it just didn’t go over well. . I have no problem with that. I had no problem with the coaches taking pictures in schools. I thought what Michael Schill told you was great. I love this stuff. I think we need more of that in this rivalry. I’m so sick of the political correctness that has crept into rivalries. The best thing we can do is have governors and mayors bet salmon and cheese the week before a game. Forget this stuff. We hate you. You hate us.

Whether Oregon vs. Washington is a rivalry as the Ducks have won 16 of the last 20:

â€œYou tweeted the record between Oregon and UW in the last 20 years. Do you do it before the Ducks play in Arizona? Do you do that before they play at Stanford? Do you do it before they play UCLA? Or Washington State? Of course not. Why? Because you don’t care. That’s why. Oregon football over the past 30 years and don’t even try to say anything different. Never mind the BCS National Championship game, the Final Four, the Rose Bowls, Mariota’s Heisman Trophy, blah, blah , blah. All of this you know and your listeners know all that is secondary to the dominance that Oregon has established over Washington over the past 20 years. This is the absolute # 1 thing. which you prefer if you are an Oregon fan that has performed for the past 25 years … nothing else is just behind.

The interview was entertaining, informative, and well worth your time.

Oregon’s No.7 renews rivalry by heading to Washington