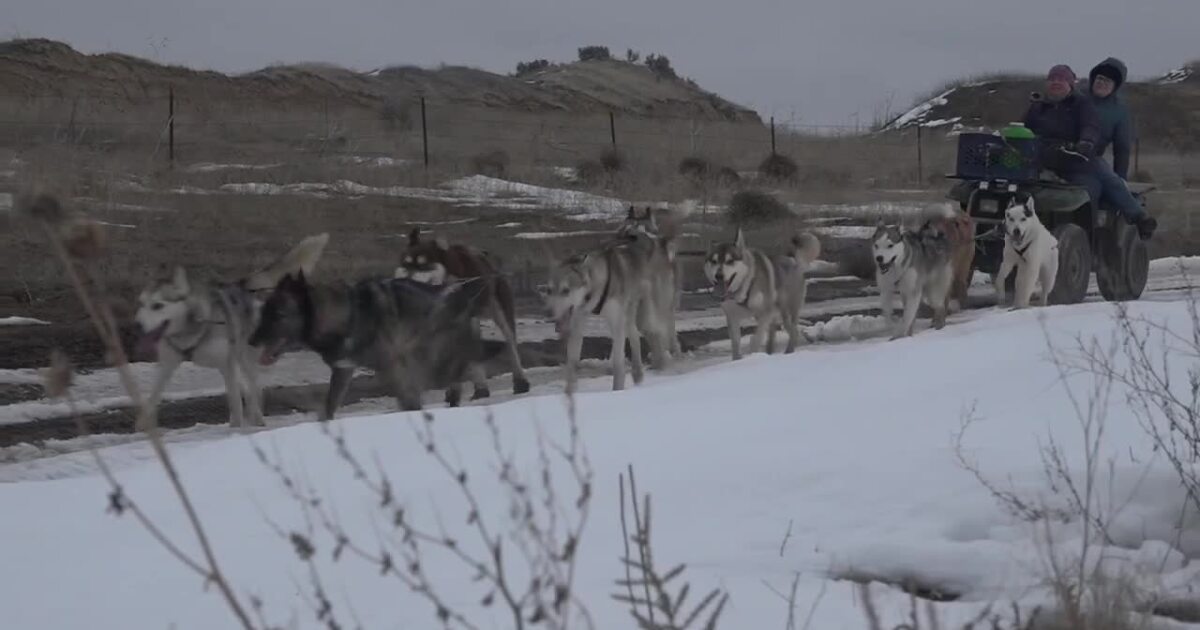 Elizabeth Nevills was first introduced to carnival sled dog racing when she was 14, now she has her own team of mostly Alaskan huskies and some of her friend’s dogs complete the team.

“We spend a lot of time outdoors. I know each of their personalities and they’re all different,” Nevills said. “Aurora here is only two years old and full of playfulness and nonsense, Mars is going to be six and he’s a bit more serious, so you gotta get to know them all and they become your best friends.”

It was quite a scene to see how excited the dogs were when Elizabeth started leading them to the line because these dogs love to run.

“We have to put the dogs in two-wheel drive because they’re so much stronger than me, even at just 45 pounds,” Nevills said. “So when I bring them to the line I pull on the collars and they walk on two feet dragging me to their place on the dog line because they want to go so badly but if I let them use all four feet so I’m on the ground.”

The Idaho Sled Dog Challenge is a qualifier for the Iditarod and Yukon Quest, but it’s also part of the Rocky Mountain Triple Crown which includes Oregon‘s Eagle Cap Extreme and Montana’s Race to the Sky.

Nevills trains north of Middleton in BLM terrain which is both positive and negative she told us Snowmageddon was the only year there was enough snow to run a sled instead she drags behind the team in an ATV because the closest place to pick up the dogs is hours away.

It’s one of the reasons Elizabeth is so happy to see the Idaho Sled Dog Challenge return to the McCall Winter Carnival after it was canceled a year ago due to the pandemic.

“I love hearing the snow falling from the trees, there’s no noise and everyone is smiling and having a good time,” Nevills said. “But I also love running the races, it brings together a community that loves and cares for their dogs.”

The Idaho Sled Dog Challenge begins Jan. 31, the next day there will be a 100-mile race for teens ages 14-17, and the McCall’s Winter Carnival begins Jan. 28.

Solving the Mystery of the Washington Bigleaf Maple Mortality

Planned Parenthood in Oregon ‘prepared’ for increased demand for…