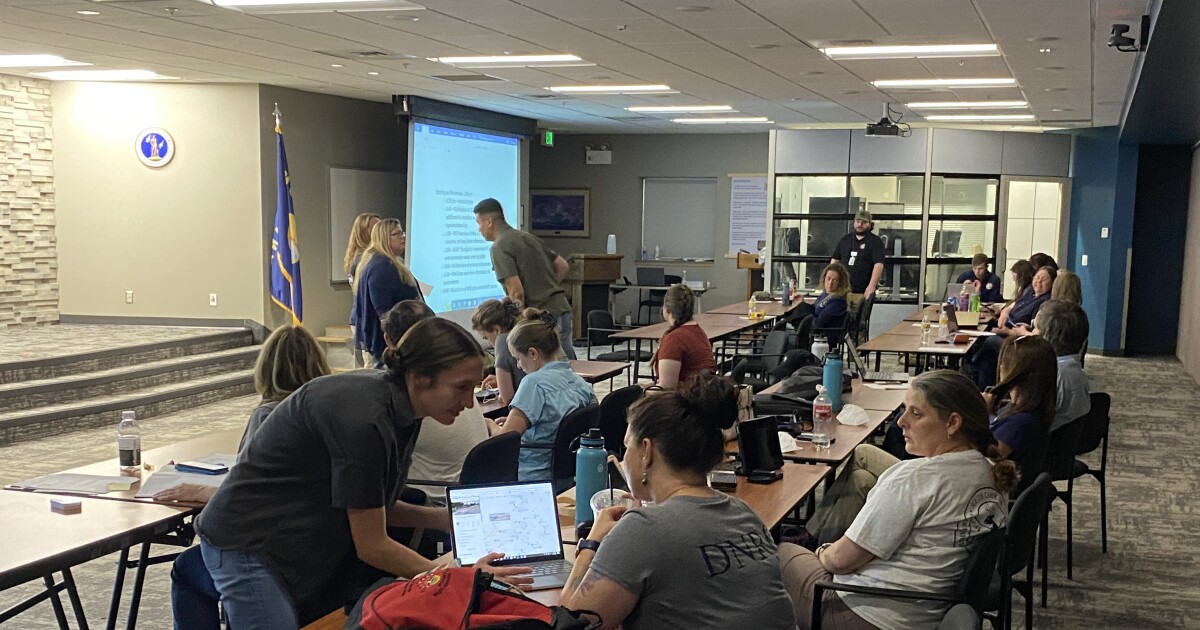 HELENA — Since severe flooding began in Montana early last week, leaders have been coordinating resources from the state’s Emergency Coordination Center at Fort Harrison, outside of Helena.

State Disaster and Emergency Services Administrator Delila Bruno said they began preparing for a flood response on Sunday, June 12, when they received reports of heavy rains in southeast and south-central Montana.

“We have on-call staff always in touch with the communities, always available if people need to come to our office – we are there for them,” she said.

Bruno said they quickly ramped up operations in the early days, preparing to handle demands for additional resources. Part of their job was to direct incident management teams from across the state to areas where they were needed. More recently, they’ve been formulating plans as Montana begins to move from response to recovery.

“We’re just ready to make sure all the unmet needs are out there, we have them on our radar,” Bruno said.

Leaders said many agencies across the state contributed to the response, from county and local responders to the Montana National Guard. Montana has also received significant support from out of state. Bruno said they have 48 federal employees on the ground, mostly from FEMA. In addition, they welcome personnel from other states – many of which are coordinated through the Emergency Management Assistance Pact, which allows states to send personnel and resources from governor to governor.

“We have people here helping out from Florida, South Carolina, Wyoming, California, Oregon — and other states if we need them,” Bruno said. “We welcome them and are happy to have their help.”

Many of those helping are specialists in FEMA programs that provide post-disaster financial assistance.

“We have incredible expertise that is on the ground, that has been battle tested through hurricanes, tornadoes, through all kinds of disasters – we have these people embedded in our SECC and here to serve the citizens of Montana as we can,” Bruno said.

“We’ve seen a very quick response from FEMA on this, and we’re very pleased with that,” she said. “Processes that would normally have taken, honestly, a few months to get this statement through – with the incredible support of our Governor’s team and our congressional delegation and our FEMA partners, they got this through in a few days only.”

The other major assistance program, Individual Assistance, would make financial support available to individual homeowners. Bruno said the state was working to get approval for this added to the statement.

On Wednesday, leaders held a coordination session for five teams that will travel to flood-affected areas to assess the damage. This information will help the state advocate with the federal government for approval for individual assistance.

Jake Ganieany, who runs the coordination centre, says their aim is to get everyone on the same page – and limit the number of times they have to visit each affected owner.

“Everyone is already facing a really bad day,” he said. “We don’t want to put more stress on them.”

Starting Thursday, teams will spread out across Park, Stillwater and Carbon counties and begin talking to affected residents. DES also encourages homeowners who have suffered flood damage to complete an online form to document it.

Bruno congratulated everyone involved in the flood response.

“A big thank you to the communities,” she said. “I can’t say enough about how well organized this response was, how professionally they dealt with a lot of chaos.”

Business groups sue to protect workers from heat and smoke