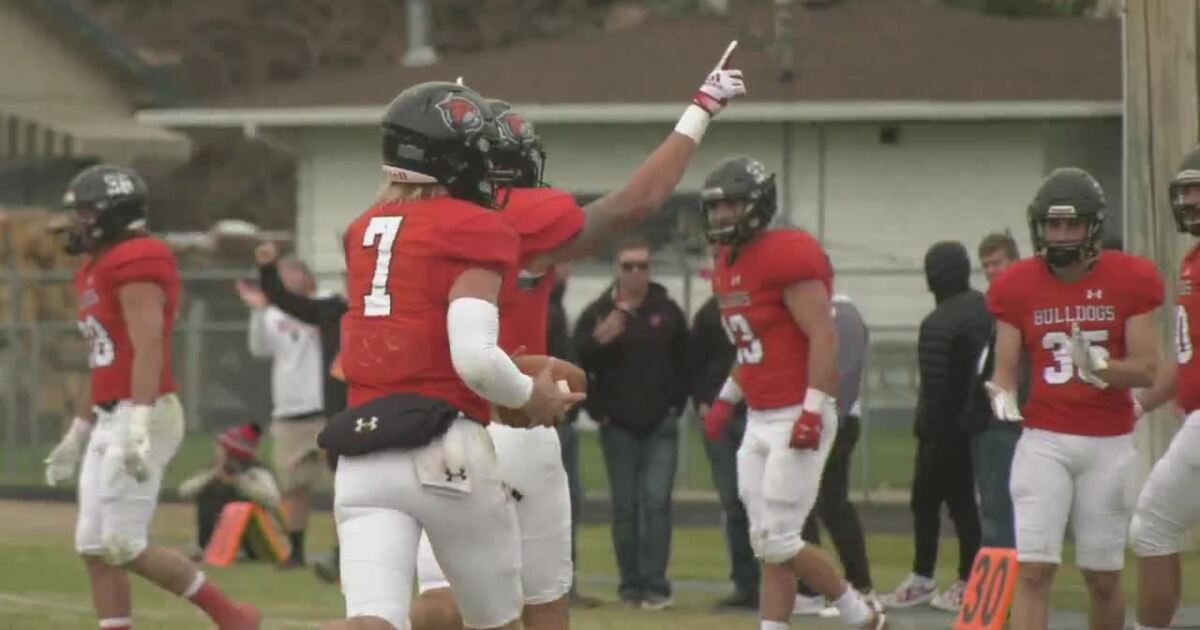 DILLON – The Bulldogs have now completed two sweeps in as many weeks.

Jon Jund threw three touchdown passes and Colten McPhee rushed for a pair of scores as the Montana Western No.25 used a second-half push to beat Montana Tech 35-21 on Saturday afternoon at Vigilante. Stadium.

The win gives the Bulldogs (7-3 overall, 6-3 in the Frontier conference) the advantage over the Orediggers after defeating Tech 45-21 on September 25 at Butte. Western also finished the sweep over MSU-Northern last week with a 63-7 victory.

Western opened the scoring on a 5-yard touchdown screen pass from Jund to Trey Mounts before Tech responded less than five minutes later with a 7-yard touchdown from Blake Counts. The game was tied at 7-7 after the first quarter.

The second quarter saw the teams trade touchdowns with Tech up 14-7 on an 8-yard pass from Jet Campbell to Trevor Hoffman. Western then tied things up with a 10-yard touchdown pass from Jund to Nate Simkins, who finished with 106 receiving yards, in the right corner of the end zone.

The Orediggers regained the lead less than three minutes into the third quarter, with Campbell and Kyle Torgerson connecting for a 53-yard touchdown pass.

Western then scored the last three touchdowns of the game, including two scores from McPhee (7 and 2 yards) and a second touchdown pass from Jund to Simkins.

Tech’s final possession – which ended in a turnover on the downs – consumed 8:29 of playing time and was a 19-game practice packed with penalties with multiple flags thrown against both teams who at one point saw the Orediggers face a 3rd down and 50.

Western’s defensive effort was led by Joe Caicedo with six tackles and Jaden Amasiu with five. Reese Artz had 2.5 bags.

With the College of Idaho beating Eastern Oregon 21-3 on Saturday, the Frontier Conference title is now out of reach for the Bulldogs as the Yotes (7-2 in conference) have the tiebreaker against Western.

If Rocky Mountain College, who will play at Western to close out the regular season next week, beats the Bulldogs, the Battlin ‘Bears – who also have a 7-2 conference record – will be crowned conference champions because they have the break. equality on C of I.

Tech will host MSU-Northern next Saturday for its final game of the season.