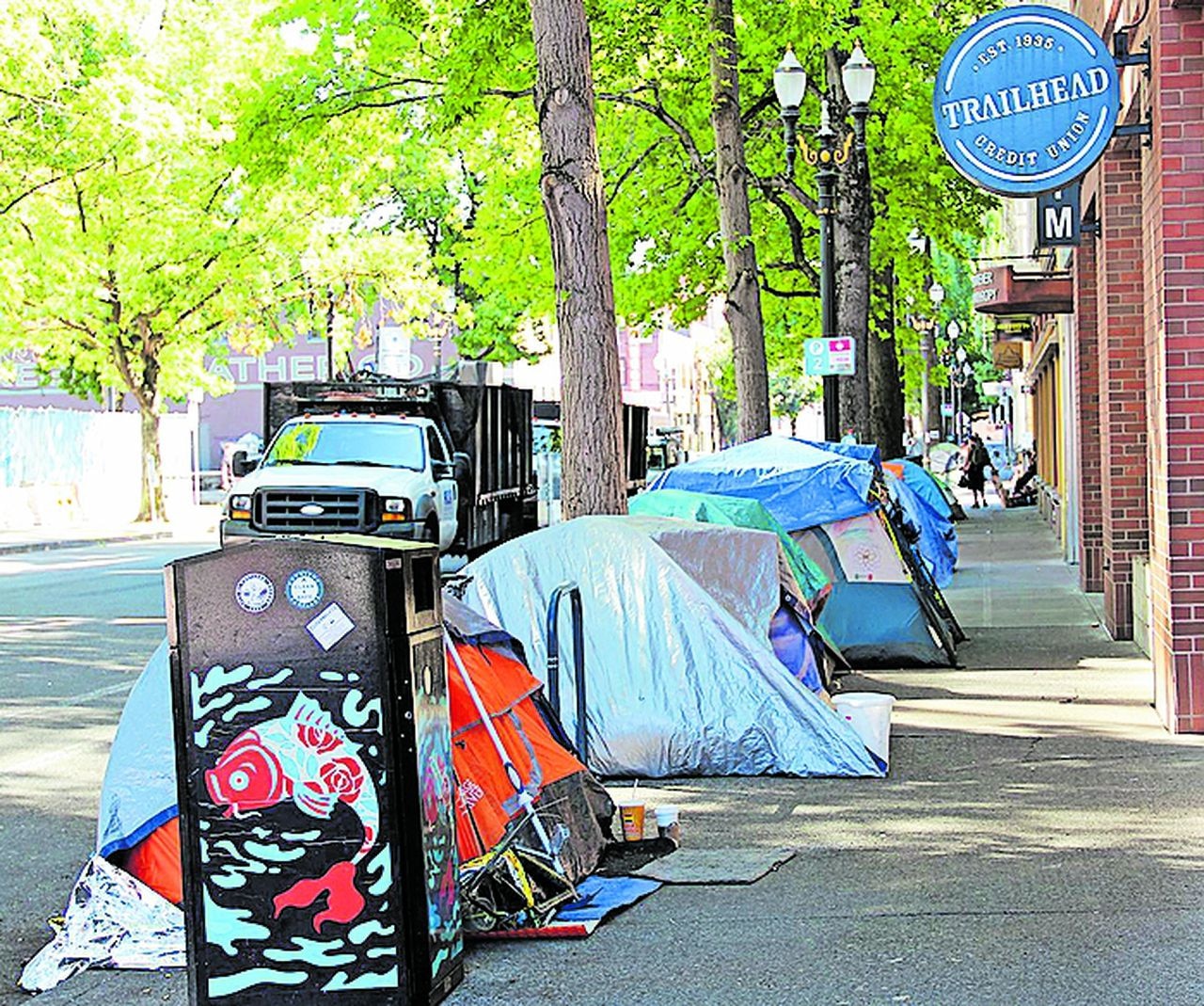 Wheeler is mayor of Portland.

I join other Oregon mayors in calling on Governor Kate Brown and this legislature to act now and help place our homeless neighbors first in temporary shelters, then in stable housing.

Homeless people, who live in outdoor camps, on sidewalks and along roads, are not unique to Portland. The crisis of homeless people living outdoors in often unsafe conditions is growing in many other Oregon cities large and small.

The problem isn’t unique to Oregon either. Other West Coast communities are also seeing an increase. As a result, the state governments of California and Washington continue to step in and provide their local governments with more funding for affordable housing and safe temporary shelters.

The Oregon state government should follow the example of California and Washington.

Recently, Washington Governor Jay Inslee proposed nearly $500 million in additional state investments for local governments to shelter the homeless, especially those camping along highways and highways in the state.

“We really need to give proper priority to people camping along our highways and rights of way,” inslee said. “The public is asking for it. We have a bill that recognizes all of these concerns and provides us with solutions in months rather than years.

This year, the state government has $800 million in dollars earmarked for the state bonus budget. Governor Brown has proposed $400 million for affordable housing, but offered no additional funds to add temporary or emergency shelters.

Oregon mayors support greater investment in affordable housing. But while we wait for those homes to be built, which can take years, Oregon mayors need funds now for more temporary shelters.

The complexity and scale of Oregon’s homelessness crisis is beyond the budgets of many cities and counties. While our municipal and county governments are acting with urgency, we don’t have the resources at the local level to invest on the scale needed to solve the problem.

Most Oregonians are with us.A recent statewide public opinion poll, conducted by DHM Research, showed that after concerns about the rising cost of living, homelessness was the most concerning issue in the statewide that they wanted the next governor to address.

Homeless people in Oregon cannot afford to wait another year of life on the streets without the best option of safer temporary shelters. Oregon communities cannot wait another year for a new governor or another session of the state legislature.

Many of Portland’s sleaziest sites have people living there. Many of these places are located in the most dangerous places in the city. Last year, 70% of pedestrian deaths in Portland were homeless.

Join the mayors of Oregon in calling on Governor Brown and this legislature to act now. We can save lives by creating more local temporary shelters.

Submit your 500-600 word essay on a topical issue or theme particularly relevant to the Pacific Northwest, Oregon and Portland area to [email protected] Please include your email and phone number for verification.