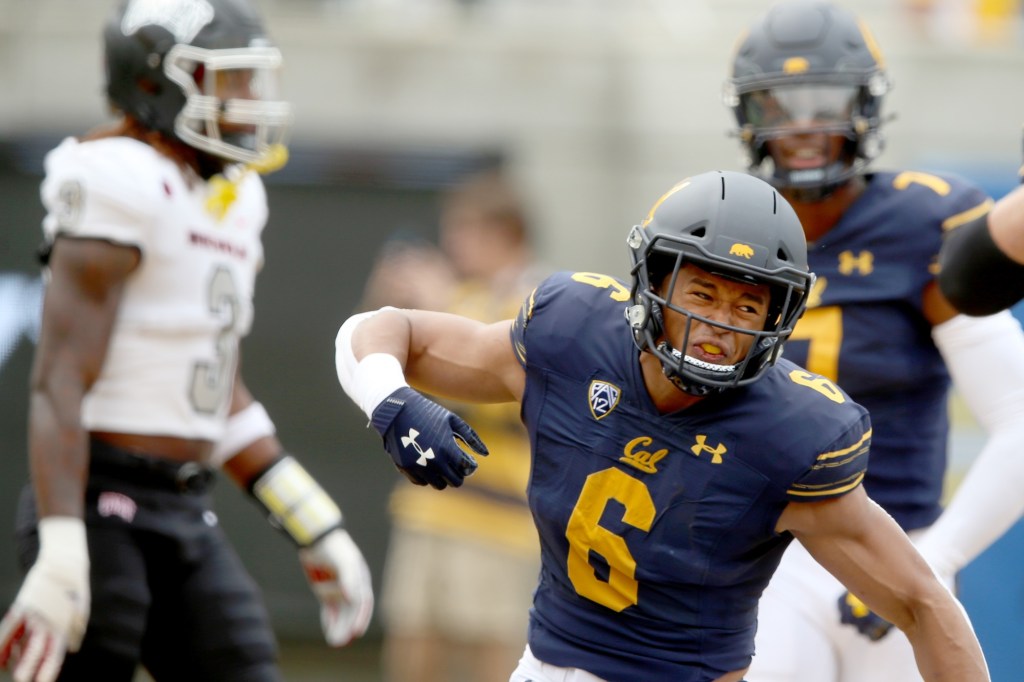 Oregon at the Rose; USC to cotton

We’ve reached the point in the season between start and finish where the math of the bowl is starting to take shape.

For two teams, Cal and Arizona, this represents a week that will frame the stretch race.

Win, and the calculation remains manageable.

Lose, and it starts to look like advanced calculus.

The Bears are 3-2, halfway through playoff qualification with a trip to Colorado this week. They are favored by two touchdowns over what has been the worst team in the Power Five.

A victory would create a margin of error in stride:

Cal would need two wins out of a five-game pool against Oregon, Washington, UCLA, Oregon State, USC and Stanford.

Two out of five? This is quite a reasonable result.

Based on current performance, the Bears would be a one-time strong favorite (Stanford) and a solid underdog against Oregon and the Los Angeles Schools. If they manipulated the Cardinal and That is Washington (home) or Oregon State (road) is six.

But if they lose in Boulder, the path narrows. They would need to sweep all three manageable matchups (Stanford, OSU and Washington) or enter must-have mode against one of the conference heavyweights.

For a team that plays solid defense but struggles to score, especially on the road, the task of toppling one of three ranked opponents averaging over 40 points per game seems daunting.

Handle the buffaloes and Cal simplifies the calculations.

The Wildcats are two-touchdown underdogs in Seattle this week, but we think their winning prospects are more favorable than the point spread suggests.

Laura quarterback Jayden won at Husky Stadium last season (with Washington State) and should feel confident. The Wildcats have a wobbly defense, but so does Washington.

Yes, it is a challenge. But place the math of the Arizona Bowl side by side with the upcoming schedule, and it quickly becomes clear that this is a pivotal game.

Win in Seattle and the Wildcats would qualify for a berth in the bowl by defeating Washington State and Arizona State at home.

Lose to Seattle, and they would need to manage the Cougars and Sun Devils and beat USC, UCLA or Utah – three matchups in which they are likely to be massive underdogs.

Simply put: we think the Wildcats have a better chance of upsetting Washington than upsetting the Trojans (home), Bruins (road) or Utes (road).

Accomplish the former, and they might avoid the latter.

Either way, the path is strewn with pitfalls.

At the latest Hotline bowl screenings…

pink bowlCrew: Oregon (5-1/3-0)Remaining home games (three): UCLA, Washington, UtahRoad games remaining (three): Cal, Colorado, State of OregonComment: The Ducks don’t have the best offense or defense in the conference, but they’re near the top on both sides of the ball and the best all-around team, at least for now.

cotton bowlCrew: USC (6-0/4-0)Home (three): Cal, Colorado, Notre DameRoad (three): Utah, Arizona, UCLAComment: The only berths for the New Year’s Six are in the Cotton Bowl, so the path is narrow. In this scenario, USC would lose in the conference championship but still finish in the top eight or 10 of the playoff standings.

Alamo BowlCrew: UCLA (6-0/3-0)Home (three): Stanford, Arizona, United StatesRoad (three): Oregon, State of Arizona, CaliforniaComment: The Bruins have only played one road game so far — one! – and it was a cupcake mission (Colorado). But credit them for making the most of a schedule made for success.

holiday bowlCrew: Utah (4-2/2-1)Home (three): USC, Arizona, StanfordRoad (three): WSU, Oregon, ColoradoComment: Better to be elite on one side of the ball than solid on both. And right now, the Utes are the latter.

sun bowlCrew: Washington (4-2/1-2)Home (three): Arizona, Oregon State, ColoradoRoad (three): Cal, Oregon, WSUComment: Sun and LA bowls must make their selections based on finish order. We don’t see the Huskies finishing in the top four, not with this defense.

LA BowlCrew: Washington State (4-2/1-2)Home (three): Utah, USS, WashingtonRoad (three): Oregon State, Stanford, ArizonaComment: From what we’ve seen of the Cougars and upcoming opponents, they’re a playoff lock. But if they can avoid a second consecutive trip to El Paso, the school and the bowl would benefit.

ESPN BowlCrew: Oregon State (4-2/1-2)Home (four): WSU, California, Colorado, OregonRoad (two): Washington, U.S.S.Comment: This bowl would be either First Responders, Armed Forces or Gasparilla, against an opponent drawn from a pool of teams.

Bowl at-largeCrew: Cal (3-2/1-1)Home (four): Washington, Oregon, Stanford, UCLARoad (three): Colorado, USC, Oregon StateComment: We could reframe the analysis of Cal’s situation above by stating the obvious: if you can’t beat Colorado, do you deserve to go bowling?

Not qualifyingCrew: Arizona State (2-4/1-2)Home (two): UCLA, Oregon StateRoad (four): Stanford, Colorado, WSU, ArizonaComment: The path to the playoffs is much wider than it was before the Washington upset — to the point where we considered putting ASU in a big bowl. But the Sun Devils need to win at least twice on the road.

Not qualifyingCrew: Colorado (0-5/0-2)Home (four): California, USS, Oregon, UtahRoad (three): Oregon State, USC, WashingtonComment: For the Pac-12 to send eight or nine teams to the playoffs, two or three have to absorb a lot of losses — after all, it’s a zero-sum game. The Buffaloes are doing their part.