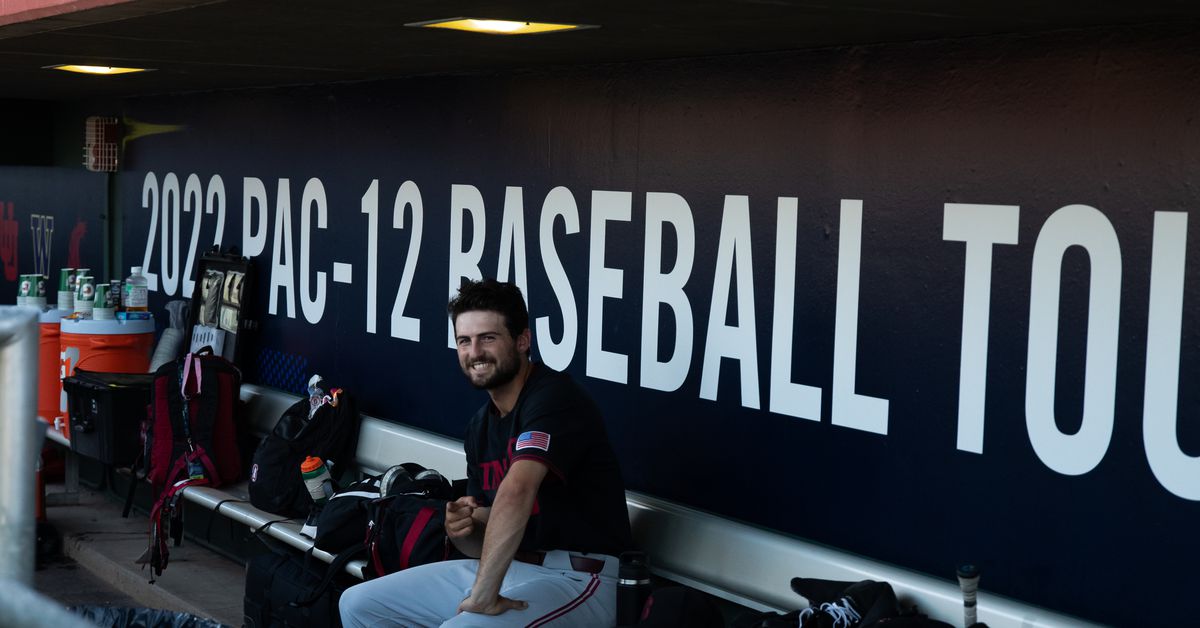 Mitchell Verburg got his first collegiate start today in the Pac-12 Championship game against the mighty Stanford offense. He only lasted one full inning, however, allowing 4 hits and three runs. Jaren Hunter came in relief and managed to calm down the Stanford attack somewhat. The Beavers and Cardinal traded runs in the 4th inning.

Things got interesting after the 4th. Oregon State fought back and tied the ball game 5-5 in the 7th inning, thanks to a stirring play from Jacob Melton that put pressure on Stanford.

Unfortunately, the draw was short-lived. A Stanford home run followed by an RBI double put them back in front. In the 8th inning, a two-run homer added some insurance runs for Stanford. Jacob Melton smashed a triple in the 9th inning, but couldn’t be brought home.

Melton was fantastic DH-ing this game. Four hits, two RBIs and a stolen base. Unfortunately, the rest of the team only managed three extra hits. Congratulations to Stanford for winning the regular season title and the Pac-12 tournament. They will have a good shot getting to Omaha and hopefully Oregon State can get revenge on the bigger stage.

Prior to the start of the game, the NCAA announced that Oregon State will host a region in Corvallis, guaranteeing the Beavers a top-16 seed. Tune into ESPN2 tomorrow morning at 9 a.m. (PDT) to find out who the Oregon State competition will be.

Oregon has the 5th highest number of electric vehicles in the United States, but only 0.5% of vehicles registered in the state are electric