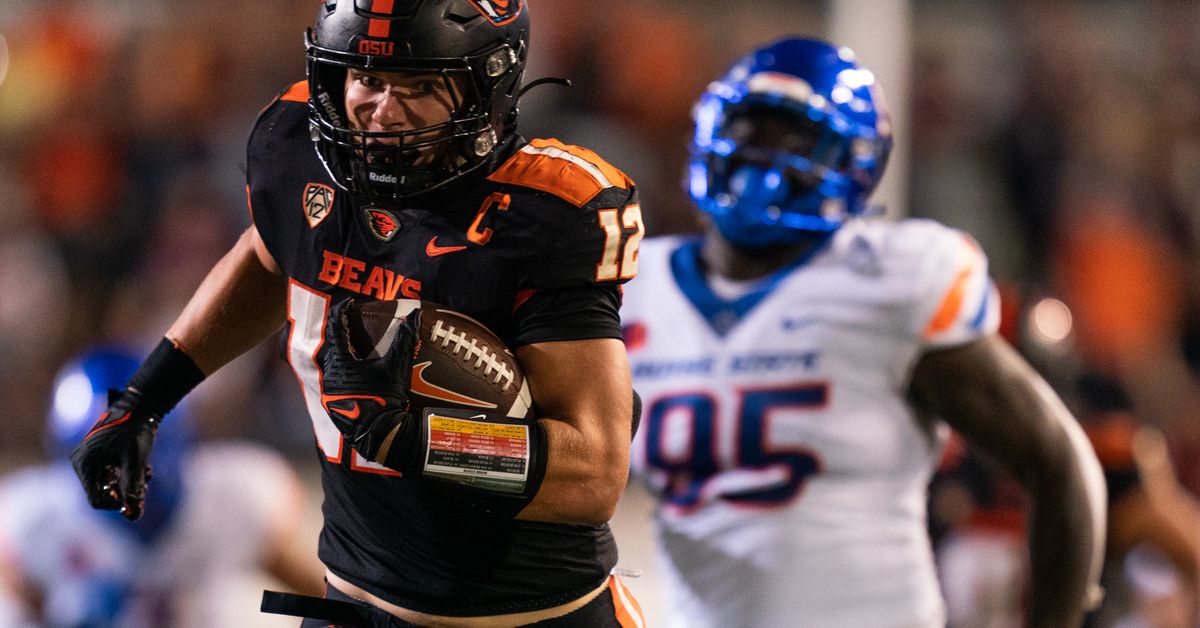 The new college football rankings have just been released, and while the Beavers haven’t made it to the top 25, they’re getting more attention. After receiving 5 voting points in last week’s AP poll, Oregon State received 42 points in Week 3. They would currently be tied with state of florida in 32nd place if the ranking went that far.

The Beavers did the same in the coaches’ poll, amassing 24 points after getting 3 points last week. According to the coaches, they are currently tied for 37th place with Texas technology.

Other Pac-12 teams have mostly held steady in the polls. In the AP, USC made the biggest leap, moving up three spots to No. 7 after their 41-28 win over Stanford. Utah actually fell one spot to 14 despite losing Southern Utah. The Utes were skipped by several teams that had big wins yesterday, including Arkansas, BYU and Kentucky. Oregon held on in 25th place as the Ducks’ 70-14 loss in Eastern Washington didn’t change voter sentiment much.

Outside the Pac, there was a lot of movement. Georgia and Alabama traded the top two positions in the AP standings after the Bulldogs beat Samford while the Tide struggled against Texas. In the Coaches poll, Bama barely managed to retain the top spot, with 1,592 points and 39 first-place votes, compared to Georgia’s 1,574 points and 25 first-place votes.

In both polls, Kentucky made the biggest jump. After their victory over Florida, the Wildcats moved up 11 places in the AP poll, to 9th place, and 10 places in the coaches poll, to 10th place. our Lady took the biggest fall. After being ranked 8th by the AP and 9th by the coaches, the Fightin’ Irish dropped out of both Top 25 following their loss to Marshall.

Next week, Oregon State has a great chance to move to 3-0 when they face Montana State in Portland. Unfortunately, a win over an FCS probably won’t get much attention from either poll, but OSU should at least be able to maintain its position. The real chance to break into the top 25 will be the following week, when the Beavers host USC at Corvallis.