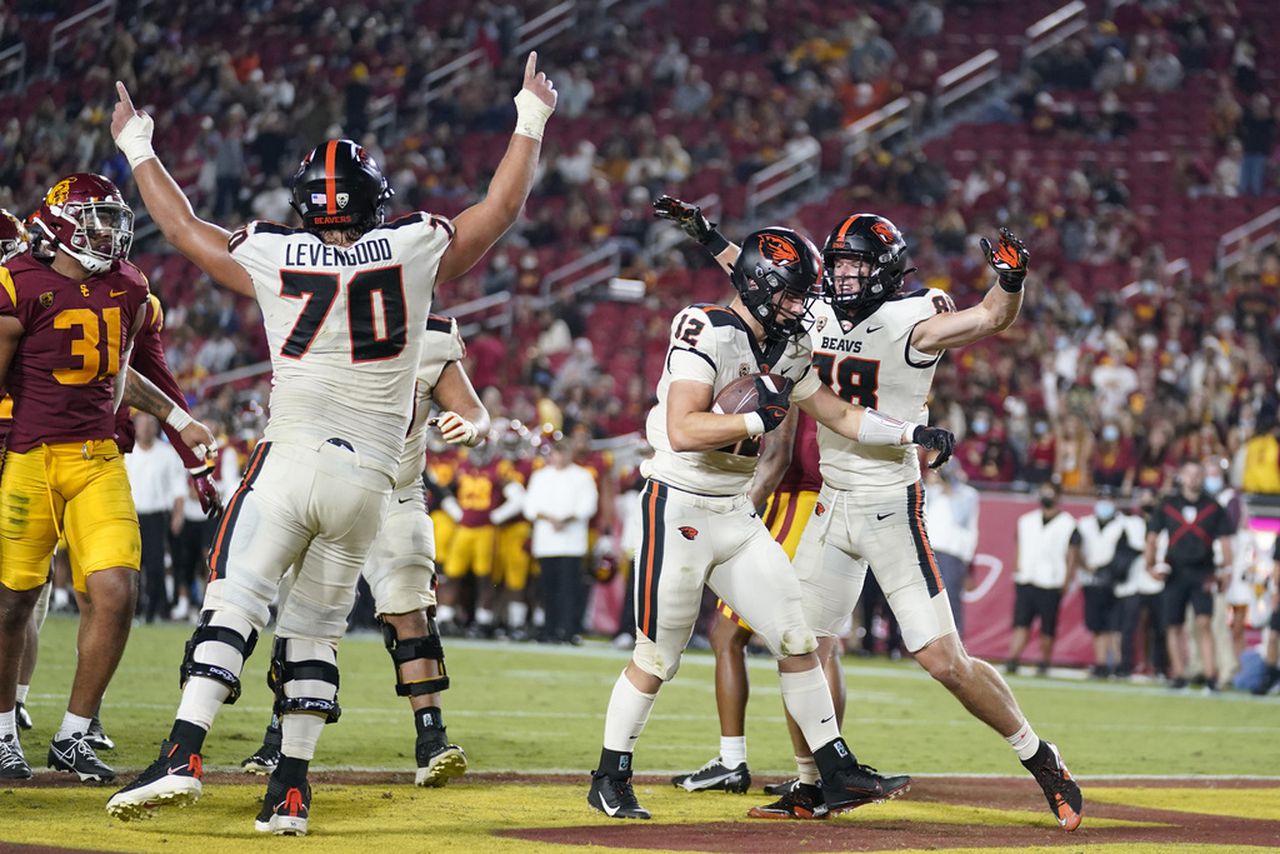 Oregon State LG Jake Levengood probable for Utah, Beaver in the boat among the best in the country

Oregon State left-back Jake Levengood is expected to recover quickly from an ankle injury he sustained against Washington State on October 9.

OSU coach Jonathan Smith said Levengood, a fourth-year sophomore, did not train last week but coaches did not respect his veterans offensive line.

Smith said he considers Levengood likely for Oregon State’s Oct. 23 game against Utah if he continues to progress.

The Beavers’ offensive line has been nearly bulletproof outside of Levengood this season. The veterans line, which has 112 career mass starts, sets the stage for an OSU offense that ranks 12th nationally in attacking on the ground.

Smith expects wide receiver Tyjon Lindsey to return, as his absence against Washington State was an illness.

As for one of the long-term injuries, the timing of defensive end Isaac Hodgins’s return remains murky. Hodgins, who has suffered a foot injury since the first week of training camp, has yet to train. Smith said he had heard nothing from medical staff saying Hodgins was about to train.

â€œWe are not at all disappointed with EJ. It’s just the guys in front of him, â€Smith said.

Kick a pleasant surprise: If it hadn’t been for the Oregon State running game, the Beavers’ best asset coming out of the first half of the season might be their punt game.

Due to the running play, OSU had limited kicking opportunities. Only three FBS teams average fewer punts per game than the Beavers. But when the Beavers kick in, it’s bordering on spectacular. Oregon State is fourth nationally in net punters with 45.8 yards per game and tied for seventh in punt average at 48.6 yards.

OSU kicker Luke Loecher does not qualify for the national leaders as he has only kicked 13 times. If Loecher did, he would rank seventh among FBS bettors.

Smith said he was not only impressed with Loecher’s leg but also the punt cover unit’s high level of play.

Everett Hayes is equally impressive with the kickoffs. Of the 34 kicks in the second year of third year, 29 were hit, tied for 10th nationally.

â€œIt was a nice surprise to do this on a regular basis,â€ said Smith.

Improvements in the second semester: Smith has a list of things he would like to see improve in the second half of the season, starting with Utah.

The third defense is at the top of the list. As noted in this story earlier this week, OSU has one of the worst defenses against the third in the country. It’s a long-standing problem and well-known to fans.

The passing game must take a step forward. Noting the 309-yard rushing performance against Washington State, Smith said, â€œFor some of these games we’re not going to rush for 300 yards. We then play against Utah. I’ll be shocked if we rush 300 yards against these guys. So we have to be efficient in the passing game.

Some other areas: attack in the red zone and return of the punt and kickoff.

The Beavers aren’t terrible in the red zone, but at 83 percent (25 of 30) they are seventh in the Pac-12. OSU scored touchdowns on 21 of 30 trips to the red zone. Smith would like to improve this number.

While Oregon State has been good on punters and kickoffs, the Beavers haven’t done much on the returns.

â€œWe had the opportunity to block a punt. We had a few chances coming back from kickoff. I would like to see the game change in a positive way in the teams, â€said Smith.

‘It could be someone’s father’: Washington woman reminds people to slow down and move | Local News