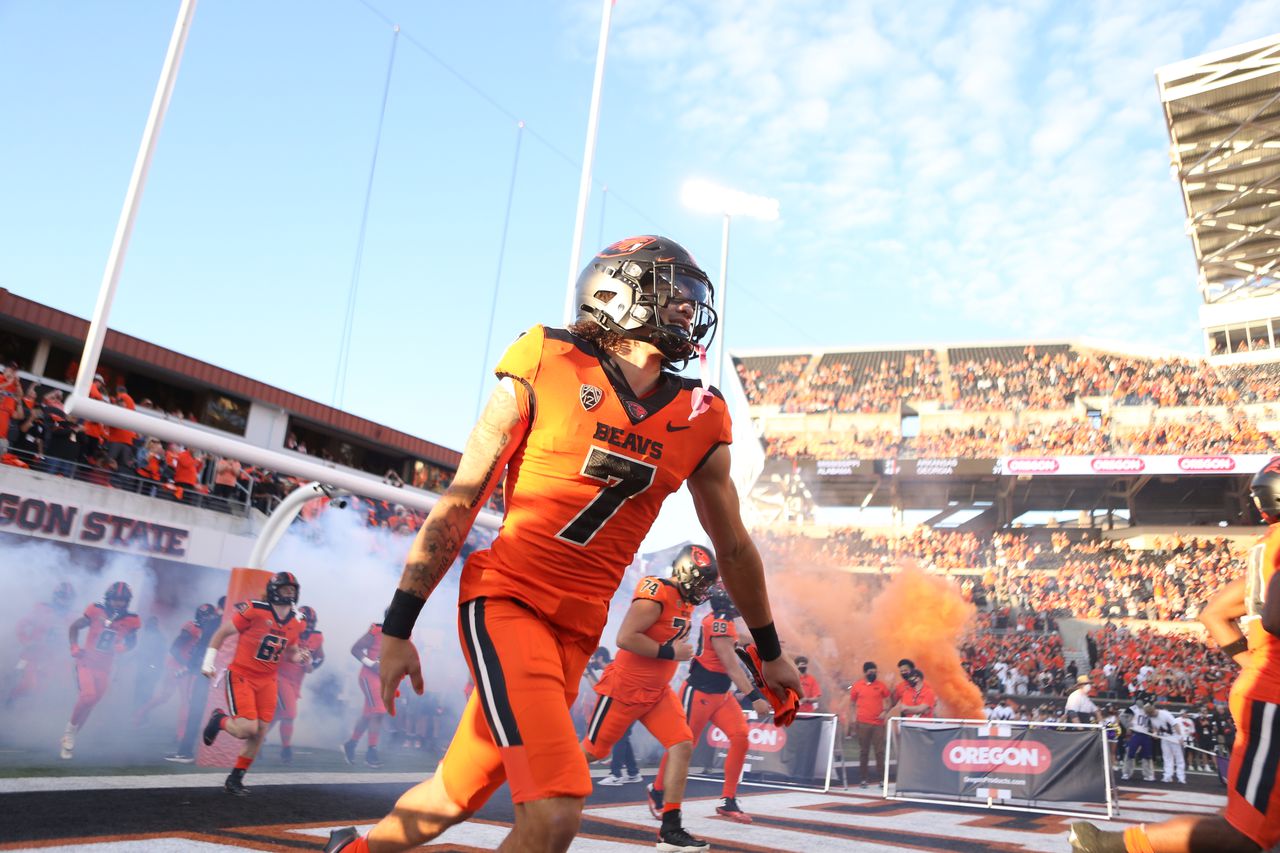 CORVALLIS – Injuries are starting to ripple through the Oregon State starting lineup.

Safety Alton Julian is lost for the season due to a knee injury sustained in the first half of Saturday’s 42-34 win over Utah. Julian, a sophomore in a red shirt, is tied for third on the team in tackles at 34.

OSU coach Jonathan Smith said they would get an accurate diagnosis of Julian’s injury in “the next few days.”

Nickel full-back Jaydon Grant, who was sent off for aiming in the second half against Utah, is also out for the first half of Saturday’s game in California.

It’s unclear how OSU will assemble its secondary, but those likely in the mix are Ron Hardge III and Akili Arnold. Another possibility is to move cornerback Rejzohn Wright to safety, which was the case in the second half against Utah.

Jake Levengood, the Oregon State starting left goalie who sprained his ankle against Washington State on Oct. 9, trained briefly on Sunday. He didn’t play against Utah.

â€œHe will be on the plane. We hope he’s ready to go, â€Smith said.

Fourth-year sophomore Marco Brewer has replaced Levengood since his first quarter injury at the WSU.

Defensive end Simon Sandberg and wide receiver Makiya Tongue did not play against Utah. Smith predicts both will be active for California.

McCartan has not played this season because he was hampered by a hamstring injury. Smith said he has yet to train this season. Hodgins, who broke his foot during preschool, does some light exercise. Smith said he was not ready to say Hodgins was out for the season.

Quarterback Tristan Gebbia, who hasn’t played since the start of the first four games in 2020 due to a chronic hamstring injury, threw passes during warm-ups ahead of the Utah game. Smith said Gebbia will perform individual drills during training this week, but that she is not expected to be available for the California game.