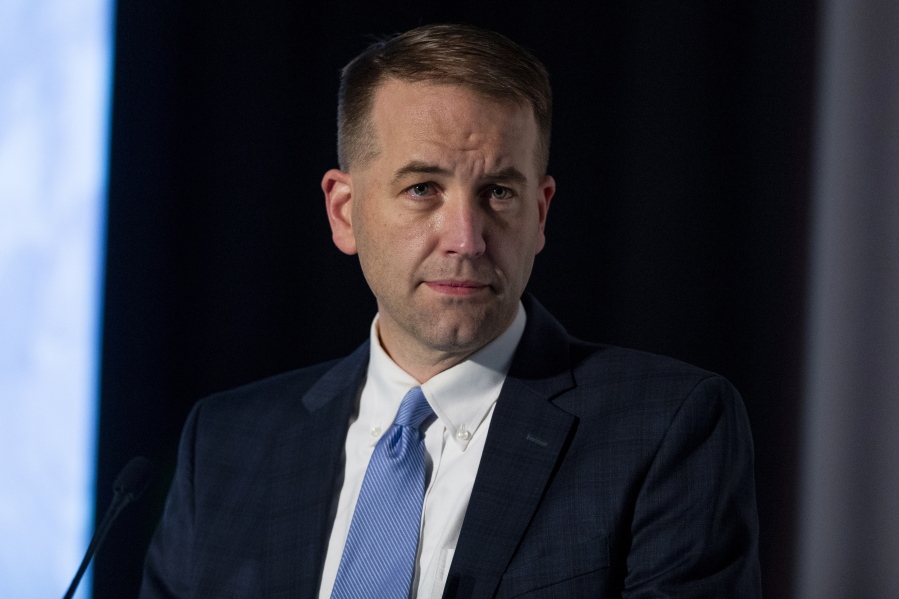 ‘Outsider’ appears to be winning in Oregon’s Democratic gubernatorial primary

PORTLAND — Months before Oregon’s Democratic primary, many thought the race was up for former House Speaker Tina Kotek.

The progressive’s political resume, leadership experience and support from his colleagues put the Portland lawmaker in an enviable position.

But Oregon Treasurer Tobias Read hopes to capitalize on voter unrest and an apparent return to moderates when Democrats choose their May 17 nominee for the state’s top office.

Read, Kotek’s most important primary opponent, has been gaining ground over the past two months. The 46-year-old has been endorsed by two former Oregon governors, drawing supporters from Nicholas Kristof – a former New York Times columnist who was declared ineligible to run for governor due to non- compliance with residency requirements — and placed some of the blame for Oregon’s troubles directly on Kotek.

Christopher Stout, an associate professor of political science at Oregon State University, said a recent poll shows the May 17 primary is close with Read within “striking distance” of Kotek and more than half of Democrats staying. undecided.

Winning the Democratic primary usually means an almost certain victory in the fall, as a Republican has not been governor of Oregon for 35 years. But this year, longtime former Democratic senator Betsy Johnson is running as an independent and should be a strong candidate in November. Johnson does not have to participate in a primary.

Many Oregonians are critical of the handling of the pandemic, homelessness crisis, school closures, lack of affordable housing, rising gun violence and a growing political divide.

During a recent debate, the two candidates were asked to use a word or phrase to describe Oregon right now. Kotek said, “It’s always beautiful.” Read replied, “Tense.”

Read says that in conversations with voters, he can hear their “visceral sense of anger, dissatisfaction and anxiety” that stems from a “lack of follow-up”, including delays in unemployment benefits, the dispersing housing assistance checks and rolling out the state’s long-awaited paid family and medical leave program.

“You can’t just take credit for the good stuff and not take some responsibility for what’s delayed,” Read told Kotek during a recent debate. Kotek rebutted saying state agencies are overseen by Governor Kate Brown, who can no longer run for office due to term limits.

Stout says Read is trying to position himself as “an outsider,” a move that could benefit him as many residents are unhappy with the status quo in Oregon. Oregonians’ dissatisfaction with current politics was evidenced in Brown’s historically low approval ratings. Opponents of Kotek have dubbed her “Kate Brown 2.0” – both are liberal women who have represented Portland and identify as LGBTQ.

“To say, ‘Look, we’ve kind of been through this process before. As an outsider, I can actually change things. It could be effective,'” Stout said.

Read, who grew up in a middle-class neighborhood in Boise, Idaho, got his first taste of life in Oregon when he attended Willamette University in Salem, where he joined the campaigns and staff of local legislators.

In 1999, he moved to Washington, D.C., where he worked in the U.S. Treasury Department as an executive assistant to Sheryl Sandberg, who at the time was chief of staff to then-Treasury Secretary Lawrence Summers. . Sandberg is now the COO of Meta, which owns Facebook and Instagram.

Read returned to the Pacific Northwest in 2001 to earn an MBA from the University of Washington. He says the degree helped him understand how to marry the interests of private enterprise and government.

Although he presents himself as an outsider, Read has spent years immersed in Oregon politics.

The Democrat won his first legislative race in 2006 and served in the state House of Representatives for a decade, where he focused on economic issues – serving on the House Revenues Committee, chairing the the House on Transportation and Economic Development, being elected Speaker pro tempore and a member of the Legislative Assembly’s senior budget-writing body.

“He has shown throughout his career that he can do great things. From graduating from full-day kindergarten to implementing the state’s first retirement savings program, Tobias delivered on his promises,” said Sheryl WuDunn, wife of ineligible gubernatorial candidate Nicholas. Kristof.

In 2016, Read was elected state treasurer. He is the custodian of public funds, chief investment officer and overseer of the growth of assets held by Oregon public retirees from $73 billion in 2017 to more than $100 billion in 2022.

Read said his experience in legislative and executive office sets him apart from other gubernatorial candidates. “I think that’s another very important distinction and contrast in racing,” he said.

Former colleagues on both sides of the aisle described him as hardworking, gentle and pragmatic.

While Kotek has received far more support — including a third of current Oregon lawmakers, Massachusetts Senator Elizabeth Warren, labor unions and big organizations like Planned Parenthood — Read got the coveted green light of Barbara Roberts, Oregon’s first female governor. She says the state “needs a governor with a statewide record to tackle the tough issues.”

In the eyes of some, Read also positioned himself as more moderate.

The split between progressives and moderates within the party became increasingly evident.

The battle lines drawn in the 2020 primaries — largely between liberals like Vermont Sen. Bernie Sanders and Warren and a group of moderates from which President Joe Biden hails — continue to overshadow the party in elections. 2021 elections, especially in some of the more liberal cities in the country. , including Seattle and New York.

Stout says that although progressives and moderates have different names, they are nearly the same in other ways, with “very similar” voting records and ideals – as seen with Read and Kotek.

Regarding the homelessness crisis, the two say they would be more aggressive in addressing the issue, expanding the availability of shelters and providing more affordable housing options. Both say it is important to adequately fund the police. Both are committed to protecting access to abortion. And both are taking strong stances with ambitious climate change goals.

When The Associated Press asked him if Read identified as a moderate, he replied, “I’m a Democrat. I’m happy to let others describe the positioning or etiquette associated with this.

Washington doctor at the forefront of abortion rights looks to the next frontier after Roe: Pills