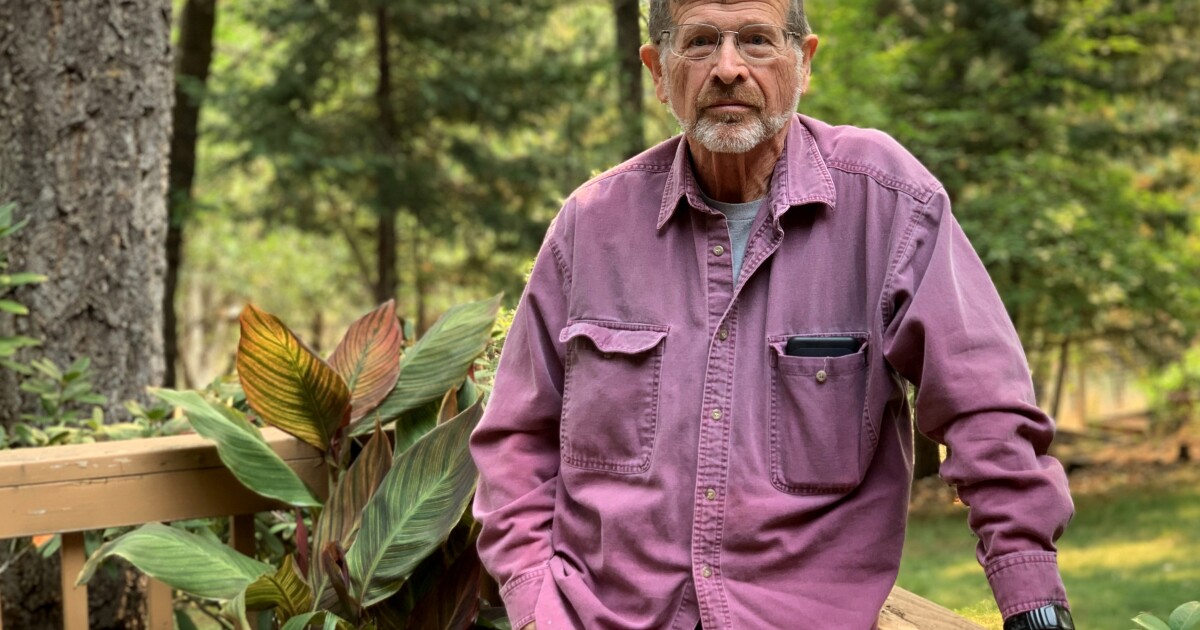 It’s a bad time to get sick in Oregon. This is what many doctors tell their patients and the public as hospitals full of COVID-19 patients were forced to postpone certain treatments for other medical conditions.

Charlie Callagan’s planned bone marrow transplant has been postponed. Now he’s waiting for a new surgery date, crouching at his home in Merlin, a small town in Rogue Valley in southern Oregon.

Although he looks perfectly healthy, sitting in the smoky summer air on his outdoor patio, Callagan, 72, suffers from multiple myeloma, a cancer of the blood in the bone marrow.

â€œIt affects the immune system; it affects the bones,â€ he says. “I had a PET scan which described my bones as looking ‘a bit like Swiss cheese’.”

Callagan is a retired National Parks Ranger. Fifty years ago he served in Vietnam. This spring, doctors identified her cancer as one linked to exposure to Agent Orange, the defoliant used during the war.

In recent years, Callagan has consulted maps showing hot spots where Agent Orange has been sprayed in Vietnam.

â€œIt turns out the air base I was in was surrounded,â€ he says. “They sprayed everywhere.”

On the way to the hospital, an unexpected and disappointing call

A few weeks ago, Callagan was traveling to Oregon Health and Science University in Portland for a bone marrow transplant, a major procedure that requires intensive follow-up testing and monitoring for complications.

But during the ride, Callagan got a call from his doctor.

“They say to me: ‘We were told this morning that we had to cancel the surgeries that we had planned,” “he says.

Callagan’s surgery was postponed until further notice because the hospital was full. This is the story of many hospitals in Oregon where they have been inundated with COVID-19 patients.

OHSU spokesperson Erik Robinson said the hospital, which is the state’s only public academic medical center and serves patients across the region, has had to postpone numerous surgeries and procedures in the wake of the delta’s surge. â€œSurgical postponements initially impacted patients who needed an overnight stay in the hospital, but more recently they impacted all outpatient surgeries and procedures,â€ Robinson wrote.

Callagan says his bone marrow transplant has yet to be rescheduled.

Such delays can have consequences, depending on Dr Mujahid Rizvi, who runs the oncology clinic that looks after Callagan’s care.

â€œWith cancer treatment, sometimes there is a window of opportunity where you can go in and potentially heal the patient,â€ says Rizvi. “If you wait too long, the cancer can spread. And that can affect the prognosis and make a potentially curable disease incurable.”

These important issues for delaying treatment in hospitals currently extend beyond cancer care.

â€œI saw patients preparing for their open heart surgery that day. I have seen patients [who] have a brain tumor with visual changes, or someone with lung cancer, and their procedures are canceled that day and they have to come back another day, â€says Dr. Kent Dauterman, cardiologist and co-director of the heart center Medford Regional, Ore. “You still hope they come back.”

In early September, according to Dauterman, the local hospital had 28 patients waiting for open heart surgery, 24 who needed pacemakers and 22 who were waiting for lung surgery. He says that normally there is no waiting.

â€œI don’t mean to be dramatic – it’s just that there are a lot of other things killing Oregonians before that,â€ Dauterman said.

Right now, the vast majority of COVID-19 patients in Oregon hospitals are unvaccinated – about five times more than those who received the vaccine, according to the Oregon Health Authority. COVID-19 infections in Oregon begin to decline from the peak of the most recent wave caused by delta variants, but hospitals are still burdened with the most severe cases.

Even before the pandemic, there was generally not much room in Oregon’s health care system.

â€œIf you look at the number of hospital beds per capita, Oregon has 1.7 hospital beds per thousand people. It’s the lowest in the country, â€says Becky Hultberg, CEO of the Oregon Association of Hospitals and Health Systems.

To take a closer look at the reduction in elective procedures during the pandemic, investigators took a look at how Veterans Health Management System hospitals did during the first pandemic wave in the spring of 2020. Their to study found that, overall, the VA health system was able to temporarily reduce the number of elective treatments by 91%.

He showed that the stay of elective procedures was an effective tool to free up intensive care beds to care for COVID-19 patients. But the study did not examine the consequences for patients who had to wait.

“We have clearly, even with hindsight, made the right decision to reduce elective surgery,” says Dr Brajesh Lal, professor of surgery at the University of Maryland School of Medicine and lead author of the study. “But we as a society haven’t really asked the question ‘At what cost in the long run?’

He says they won’t know without more long-term research.

Back home in southern Oregon, Charlie Callagan says he doesn’t consider his bone marrow transplant as urgent as what some people are currently facing.

â€œThere are so many other people who are affected,â€ he says. “People are dying while waiting for a hospital bed. It just pisses me off. It’s hard to stay silent now.”

He says it’s hard to have sympathy for the COVID-19 patients who fill intensive care units, when a simple vaccine could have prevented most of those hospitalizations.

Comment from Julie McDonald: Conference draws writers from Oregon and Washington to Centralia

For a 70-year-old man from Idaho, the mountains are “something special”. He climbed over 3000