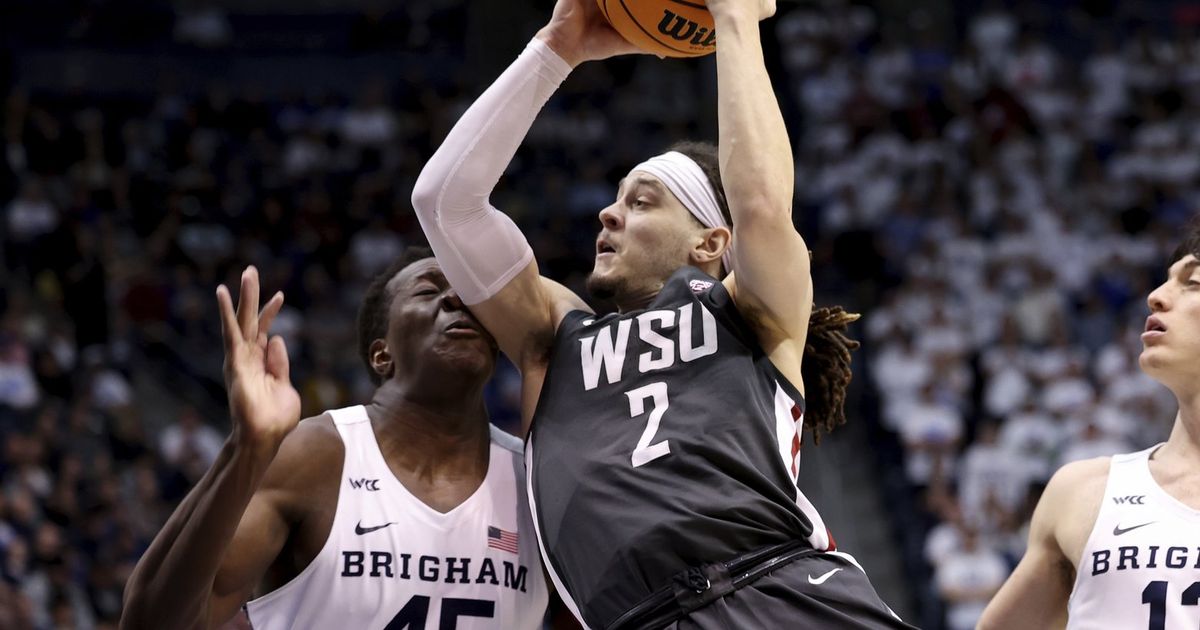 Commentary on Pac-12 developments on and off the field…

When dawn broke Thursday morning, the Pac-12 still had three men’s teams in the playoffs: Arizona and UCLA in the NCAA Tournament, and Washington State in the NIT.

Despite the National Invitation Tournament’s secondary status, this is an important development for the Cougars and, potentially, the conference.

The experience is undoubtedly exhilarating for the Cougars, but the real value of NIT’s success is the foundation it creates for the following season.

Four times in the past decade, the NIT playoff winner has reached the NCAA Tournament the following season:

– Memphis won the NIT last year and just lost a close game to Gonzaga in the second round.

– TCU won the title in 2017 and reached the NCAA the following year.

– Baylor won the NIT in 2013 and then began their March Madness streak of success, culminating with the national title last spring.

– And we should factor in the COVID disruption: Texas won the NIT in 2019 and was considered a bubble team in March 2020 before the shutdown.

But Washington State doesn’t need to win the NIT to get all the benefits.

The teams turned the semifinals into an NCAA berth the following year. It all depends on the experience that comes with playing four or five more games against quality competition.

WSU beat Santa Clara, SMU and BYU to reach Madison Square Garden and will now face Texas A&M, one of the last teams not to compete in the NCAA.

(The other semi-final faces Xavier against Saint-Bonaventure.)

Given they only have one senior in the rotation (Flowers), the Cougars could very well join the roster of teams using NIT’s success as a springboard for the following season – and give the Pac-12 a boost. another spot in the NCAA.

Chute: success of the Wooden Award

The Pac-12 has two finalists for college basketball’s most prestigious individual award (at least in the Pac-12 footprint): UCLA’s Johnny Juzang and Arizona’s Bennedict Mathurin.

Both are considered long shots.

Oscar Tshiewbe of Kentucky is the heavy favorite, followed by Johnny Davis of Wisconsin.

Barring a major upset (think: St. Peter’s over Kentucky), the Pac-12’s decades-long drought will continue with the award named after its most famous coach.

The conference has not claimed the Wooden since 1995, when UCLA senior Ed O’Bannon was honored.

Since then, players on ACC teams have won the Wooden eight times.

The Big 12 have won it four times.

Players from Dayton, Creighton, St. Joseph’s and Cincinnati won it.

But nobody from the Pac-12.

The Wooden Award is much more than statistics and victories. The list of criteria includes a 2.0 grade point average and “strength of character, both on and off the court” — bars not easily reached for Pac-12 players.

And it’s not like there’s a bias against the conference. Three different Pac-12 players have won the Wooden (Washington’s Kelsey Plum, Stanford’s Chiney Ogwumike and, of course, Oregon‘s Sabrina Ionescu).

So we ask ourselves: Why the drought on the men’s side?

The winner is chosen by a national panel of approximately 1,000 voters who represent all 50 states and are considered “college basketball experts”.

Typically, the award is given to the nation’s top upperclass student — only three freshmen were honored and they were top-level players: Kevin Durant, Anthony Davis and Zion Williamson.

Could the conference be suffering from a shortage of elite talent?

Few of the Pac-12 Player of the Year winners of the past 10 to 15 years have become NBA lottery picks.

Or maybe ongoing exposure issues are to blame. Any award that relies on a national advisory board is inherently bad for players who frequently appear on a network with limited national reach.

Either way, the absence of a Wooden Award winner is symptomatic of larger issues that Pac-12 men’s basketball must address in order to regain the elite status it enjoyed in the 1990s and 2000.

USC football continues to reap the benefits of hiring one of the best coaches in the sport.

These benefits take many forms.

And now there is a tangible link between Riley’s presence and increased program exposure.

Last week, USC announced that its spring game, scheduled for April 23, will be televised live on ESPN.

It’s the only spring game in the country to be broadcast live on the network, according to the Trojans. Kirk Herbstreit will be on the call.

(All other Pac-12 Spring Games will be streamed on Pac-12 networks.)

Essentially, the broadcast is free marketing for the program and the school — and indirectly, for the conference — on the nation’s most influential sports network.

The value of this exposure should be worth a few months of Riley’s salary.

[email protected]; on Twitter: @wilnerhotline. Jon Wilner has covered college sports for decades and is a top 25 football and basketball voter in the AP as well as a Heisman Trophy voter. He was named Beat Writer of the Year in 2013 by the Football Writers Association of America for his Pac-12 coverage, won first place for feature writing in the 2016 Associated Press Sports Editors writing contest, and is five times laureate of the APSE. .