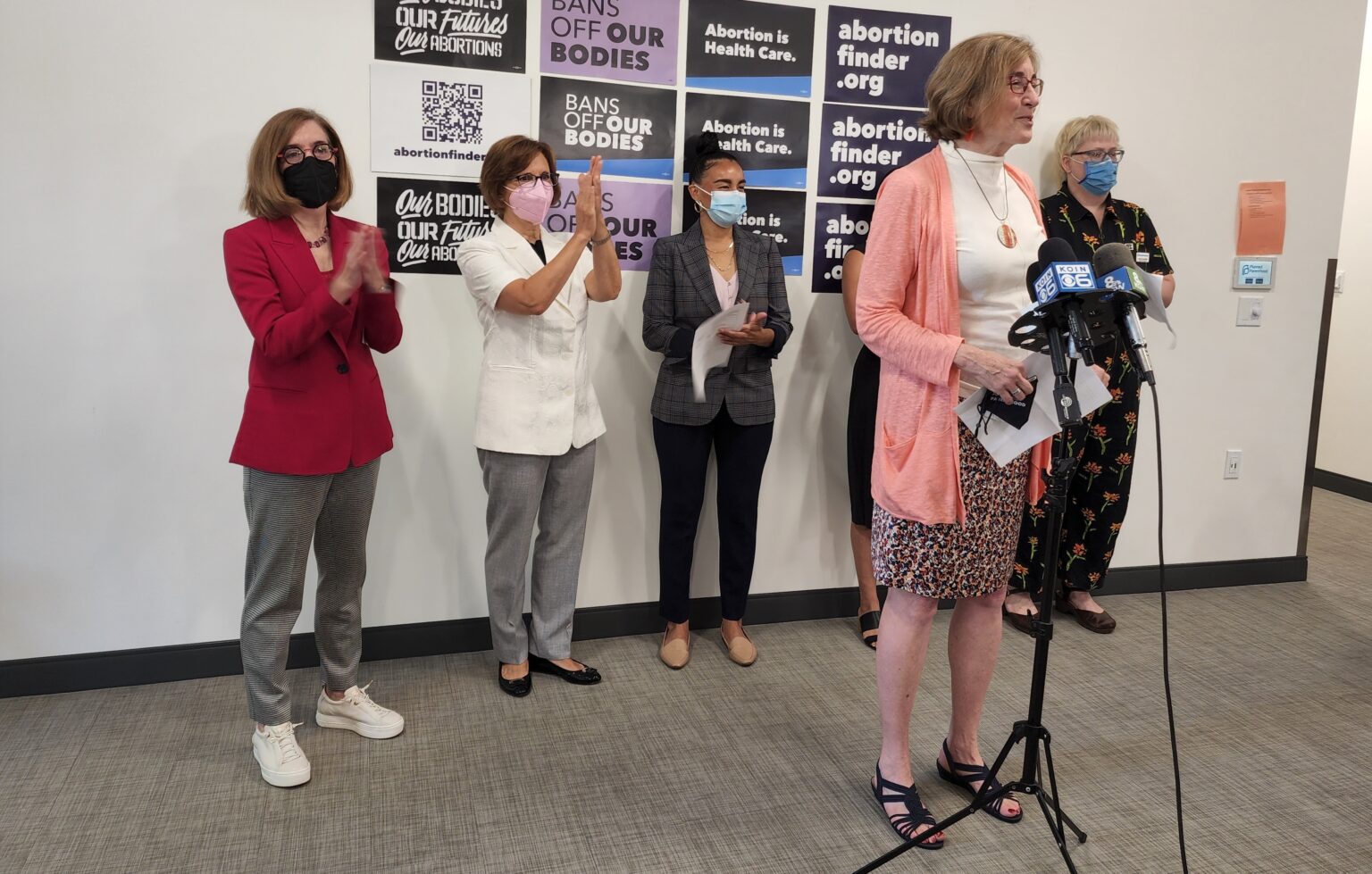 Abortion providers in Oregon have seen a recent increase in demand for abortions from women in states that have passed bans or are in the process of doing so, officials told a conference press Thursday.

“We’re seeing people from almost every red state in the country right now – Louisiana, Mississippi, Texas, Idaho, any state that has a ban, we’re seeing patients,” said Anne Udall, president and CEO of Planned Parenthood Columbia Willamette. . Planned Parenthood accounts for three-quarters of abortions in Oregon, according to company officials. Her Bend clinic has seen a surge in demand in part because it’s one of the only options right now for many women in Idaho and eastern Oregon who want abortions.

Last week, a woman took a $1,200 cab ride from Boise to the Bend Clinic for an abortion, Udall said at the press conference.

“Let me reassure you, she will be reimbursed,” Udall said. “There are lots of funds to help people who seek abortion care.”

In February, the state legislature approved $15 million to ensure patients in Oregon and elsewhere can access abortions in the state. Oregon has no limits on abortions and, by law, the procedures are free. But on Thursday, “trigger” laws went into effect in Idaho, Tennessee and Texas banning nearly all abortions following the overturning of Roe v. Wade by the United States Supreme Court in June. Laws in Idaho, Texas and Tennessee contain provisions to prosecute medical providers for performing or assisting women to obtain abortions.

“This ban is cruel and forces doctors in an impossible position to make a choice between following and honoring their oath or risking criminalization and jail time,” Udall said.

All three west coast states – Oregon, Washington and California – guarantee the right to abortion, although California and Washington have some restrictions, while Oregon does not.

Governor Kate Brown, who was also at the press conference, made a pact with Washington Governor Jay Inslee and California Governor Gavin Newsom, all Democrats, to protect patients and providers. Inslee recently issued a directive prohibiting law enforcement in his state from cooperating with out-of-state investigations, and Newsom signed legislation that protects patients and providers from out-of-state investigations. the state.

Brown did not do the same, but she said patient records are private in Oregon and said providers would be protected.

“My extradition tools are broad enough to ensure that I have the tools I need to protect both doctors and patients,” Brown said.

She said she was in talks with the Biden administration, Inslee and Democratic governors about any future action to protect abortion rights.

“I will continue to work with my colleagues on the West Coast and across the country to ensure that people in this United States of America continue to have access to this fundamental right,” Brown said.

U.S. Representative Suzanne Bonamici, D-Oregon, who was also at the press conference, said privacy must be addressed at the federal level. She also said she was pursuing legislation to ensure the Federal Trade Commission investigates pregnancy centers in crisis for false advertising. These centers offer pregnancy tests and counseling while trying to persuade women not to abort. Bonamici called them “fake clinics” that “often mislead people looking for accurate information.”

“They think they’re in a health clinic and they’re not,” Bonamici said. “There is false and misleading information coming out of these crisis pregnancy centers.”

Bonamici was a champion behind the Women’s Health Protection Act, which passed the US House but was not taken up by the US Senate. The law would protect the right to abortion.

Right now, the United States is a patchwork of laws and patients don’t know what to do to access care, Udall said.

Planned Parenthood closed its Boise center last spring and hired more staff in Bend. The organization has also leased clinical space in Ontario, which borders Idaho, to serve women in that state and eastern Oregon. Residents used to go to Boise for abortions.

Udall said the company has found a contractor and plans to begin renovations to the facility immediately. She gave no indication of when it might open or its capacity.

“We don’t know exactly what numbers we’re expecting,” Udall said. “We will wait and see. We will offer a full range of sexual and reproductive health care. We want to work in partnership with existing health care providers in the region.

She said the Bend clinic will support the surge in demand for abortions from Idaho and eastern Oregon until the Ontario center opens. About a third of Oregon residents are affected by Idaho’s ban, Udall said.

Planned Parenthood offers surgical and medical abortions. Planned Parenthood sets up a telehealth network to make it easier for women far from a clinic to have an abortion by taking a prescribed pill. Providers can consult with patients electronically and they can take the pill at home. But Oregon providers can’t prescribe the pills to out-of-state patients. They must have an address in Oregon.

Only about a third of abortions at Planned Parenthood are surgical; the others are caused by drugs.

The clinic only offers medical abortions, and many of its patients are low-income and receive Medicaid, the free health insurance offered by the state and federal government. The facility is expected to support some of the surge in demand from out-of-state residents, Udall said. As an example, Jackson said the Portland clinic recently served a Texas woman who was having trouble getting contraceptive care.

“Both affiliates at all levels are seeing more people from out of state,” Udall said. “This is just the beginning.”