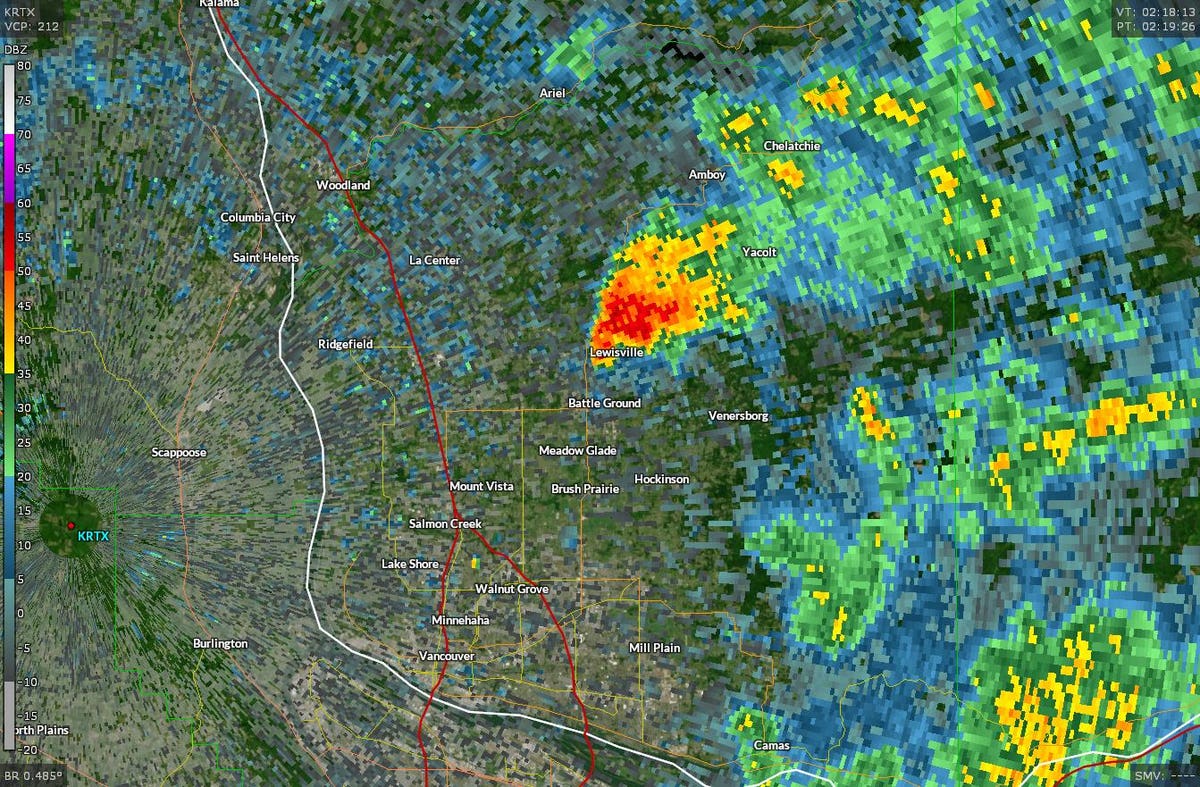 Meteorologists at the National Weather Service’s office in Portland examined the damage on Tuesday and rated the tornado as EF-0 on the Fujita Enhanced Scale. The tornado remained on the ground for about 3.9 miles and was 240 meters wide at its greatest extent.

Forecasters have not issued a tornado warning for the storm. However, a severe thunderstorm warning was in effect for the area, and the warning says explicitly that a tornado was possible.

Monday’s severe thunderstorm formed as a low pressure system swept over the Pacific Northwest and British Columbia, bringing heavy rains and gusty winds to the area.

While tornadoes are not unheard of in the Pacific Northwest, they are also not very common. According to the Storm Prediction Center, Washington and Oregon average 2-3 tornadoes per year.