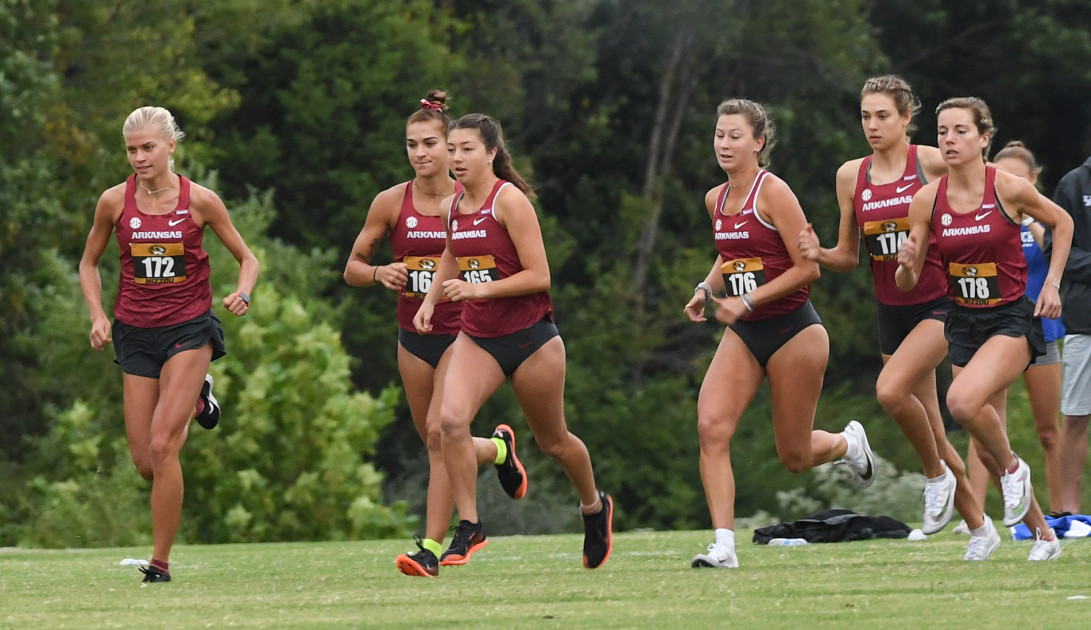 Members of the Razorback women’s cross country team travel to Joplin, Missouri for a 5,000m race Saturday at 8:30 am on the Tom Rutledge course at the Missouri Southern Stampede.

Arkansas, which remains ranked No. 6 nationally in the USTFCCCA NCAA Coaching Poll, also added a meet to their 2021 schedule. Next Thursday, September 23, the Razorbacks will compete in the Oregon Bill Dellinger Invitational, for a distance of 6000m at the Pine Ridge Golf Club in Springfield, Oregon.

A crew of seven UA runners, which includes Josie Carson, London Culbreath, Taylor Ewert, Gracie Hyde, Quinn Owen, Corie Smith and Adoette Vaughan, are scheduled to race this Saturday in the Southern Stampede. Live results of the match will be available: http://results.tfmeetpro.com/Dennis_Weber/Missouri_Southern_Stampede/

“When we are designing the overall schedule, you have to take into account that there might be an opportunity for some people who are catching up or having a head start, who need an opportunity to compete,” he said. noted Arkansas women’s head coach Lance Harter.

â€œMissouri Southern has always been on our calendar. They have a phenomenal run at Joplin, and we have people who said it would be a great opportunity to run. It is a chance for our individuals to be challenged at the forefront by other teams of # 1 runners.

â€œWe are very excited to be returning to the Dellinger Invitational,â€ said Harter. â€œWe won the very first Dellinger competition and this year it will be on a new course which we are delighted to compete on.

â€œCompetition in the West will always be tough, and Ohio State comes a long way. So we’ll see a sprinkling of teams from across the country. We look forward to this challenge. This will be the first time that we have organized a meeting on a Thursday evening.