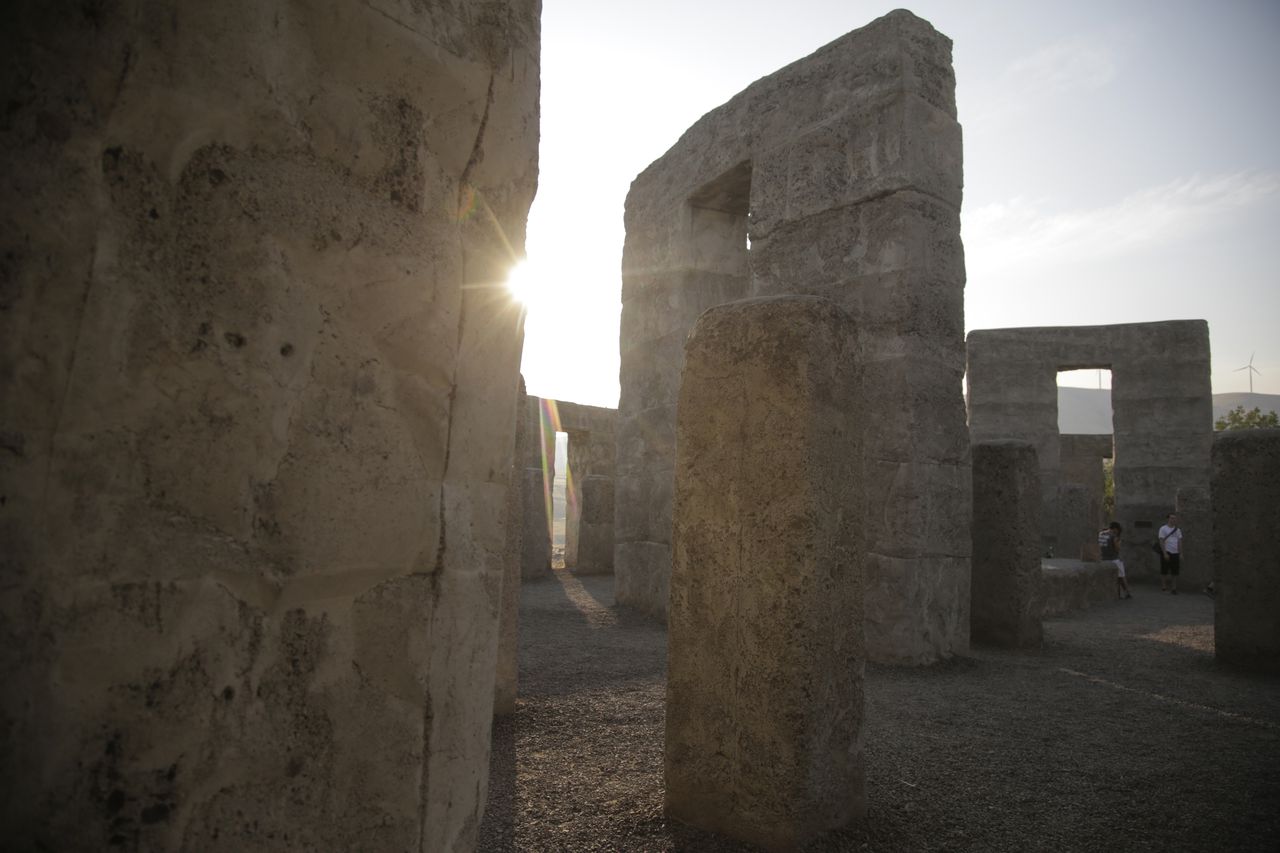 You don’t have to travel the world to visit Stonehenge, you just have to go up the Columbia River.

The replica of Stonehenge in Maryhill, a small community on the Washington side of the river, has long been a beloved roadside attraction, astronomical viewpoint, and pagan gathering place – and is now listed on the National Register of historic places, announced the Maryhill Museum of Art. Tuesday.

Built between 1918 and 1929 as a memorial to the soldiers and sailors of Klickitat County who died in World War I, the replica of Stonehenge is perched on a bluff overlooking the river just east of the Columbia River Gorge.

The monument was created by Sam Hill, an early defender of paved roads, known for the experimental road prototype he created on his land in Maryhill, a place he named in honor of his wife and of his daughter, both named Mary.

Today, Maryhill is home to a winery, art museum, state park, and the famous Stonehenge replica, all near the intersection of US 97 and Washington State Route 14.

A world traveler, Hill visited the real Stonehenge in 1915, just after the start of World War I, according to the Maryhill Museum of Art. Accepting a then current interpretation of the site as a place of human sacrifice, Hill – a staunch Quaker and pacifist – sought to recreate the ancient monument in his home as a memorial to those he considered sacrificed for the effort of war.

Unlike other popular American Stonehenges, the Maryhill Stonehenge is a full-scale replica, mimicking the scale, arrangement, and astronomical alignment of the stones.

According to the Maryhill Art Museum, Hill made a point of enlisting an astronomer to help him align his altar stone. Unlike the English monument, Maryhill’s altar stone is aligned with the astronomical horizon instead of the sunrise in midsummer, resulting in a three-degree difference from the original.

The altar stone was consecrated in 1918, along with a plaque that read: â€œIn memory of the soldiers and sailors of Klickitat County who gave their lives to defend their country. This monument is erected in the hope that others, inspired by the example of their valor and their heroism, can share this love of freedom and burn with this fire of patriotism that only death can extinguish.

Construction of the rest of the memorial was completed in 1929 and was re-dedicated on Memorial Day that year.

When Hill died in 1931, his ashes were placed in a crypt under the Stonehenge, replaced in 1955 by a granite monument.