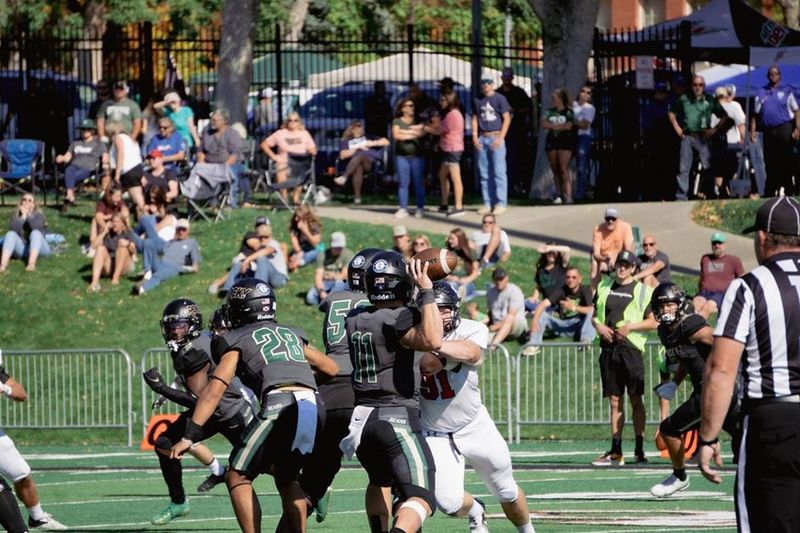 Montana Western started the brand with a placement in the Premier. Rocky came out strong in the second, outscoring the Bulldogs 31 through seven. Western changed momentum again in the half, edging the Battlin ‘Bears 21 through three in the third. Rocky finished the end of the third and fourth by scoring an unanswered 10 to win the game 41-31. Rocky took sole possession of the Frontier Conference first place with the victory.

Nate Dick had 227 passing yards, 65 rushing yards, 2 touchdowns and one interception. Tommy Corcoran led the Battlin ‘Bears on the ground with 72 yards, and five Bears received at least twenty yards that day.

Montana Western was led by Jon Jund with 350 passing yards, 50 rushing yards, four touchdowns and two interceptions. The Bulldogs had five receivers catching an assist with all at least 35 yards.

The Bulldogs outscored the Battlin ‘Bears 471 to 442. Rocky led the possession time with 40 minutes and 23 seconds. Rocky capitalized on his momentum with a big second quarter and finished with 10 points in the end.

“Nice team victory,” Coach Stutzriem said. “I am really proud of our coaches and our players for a great victory. We’ve had ups and downs, but our guys did a great job trusting the process!”

The Battlin ‘Bears will travel to eastern Oregon next Saturday for a battle between the Frontier conference favorites and the current conference leaders.