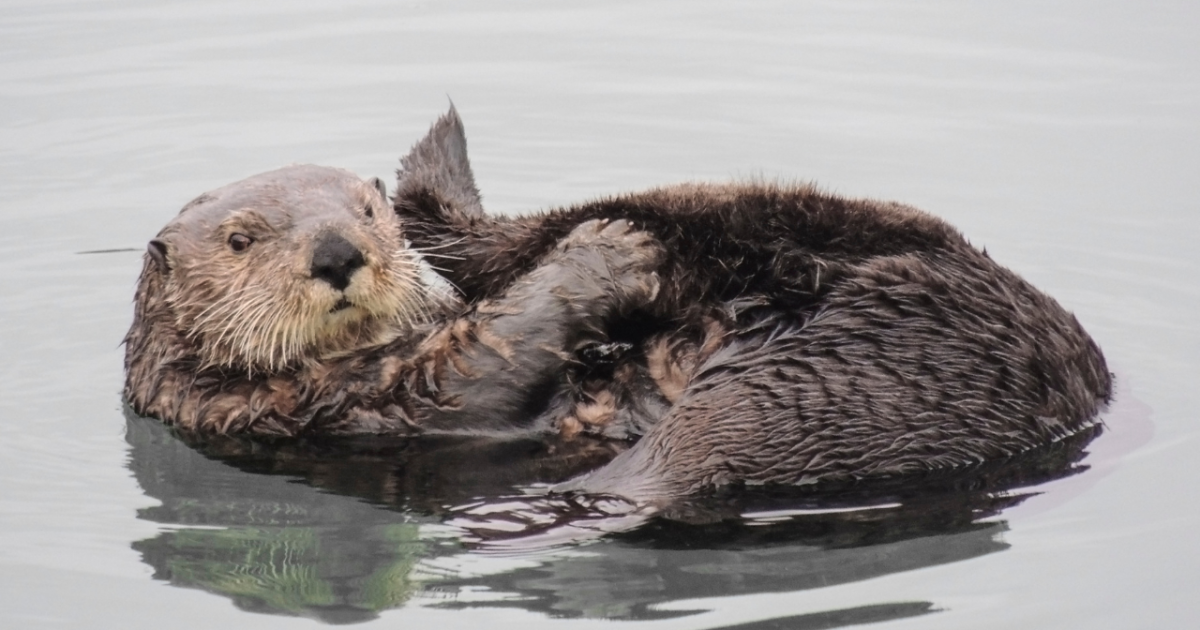 Sea otters can be reintroduced to the Oregon coast, but it must be done with care, report says

Sea otters were hunted to local extinction along the Pacific Northwest Coast as part of the fur trade in the 18th and 19th centuries. The creatures were successfully reintroduced to Washington, British Columbia and southeast Alaska fifty years ago. That didn’t go so well along the southern Oregon coast, where otters released during the same period mysteriously disappeared after a few years.

Now, a key federal agency has completed a detailed review of whether it’s worth trying again in Oregon. The bottom line according to the US Fish and Wildlife Service is, yes.

“There would be multiple, substantial biological and ecological benefits to the coastal marine ecosystem from a reintroduction of sea otters to their historic range in northern California and Oregon,” the report’s summary said. . recently published feasibility and cost study declared.

Michele Zwartjes, USFWS Oregon Coast field supervisor and one of the study’s co-authors, warned that her agency is years away from any decision to implement a reintroduction plan.

“There is no recommendation as to whether or not reintroduction should take place,” Zwartjes said in an interview. “We are in the very early stages of even examining the possibility of a reintroduction.”

Zwartjes explained that restoring this keystone species could trigger a cascade of positive indirect effects. Hungry otters would reduce an overpopulation of sea urchins, which in turn could result in healthier kelp forests. More widespread kelp could in turn store carbon and support increased fish populations. The presence of sea otters could also stimulate increased tourism.

However, the federal agency has acknowledged that there is also a risk to shellfish fishing due to predation by sea otters on crabs, clams and sea urchins. Otters have big appetites because they need to eat plenty to stay warm in the cold waters of the Pacific.

Therefore, the federal report recommended as a next step that an experienced, neutral facilitator convene stakeholders, agency representatives, and scientific experts to identify reintroduction options “that might present an acceptable level of risk to all parties.” “.

Zwartjes said additional studies are also needed, including strong social and economic impact analysis. The Elakha Alliancean Oregon nonprofit that supports the reintroduction of sea otters, is already working on its own version in an effort to address the fishing industry’s serious concerns about competition from voracious otters.

“For our part in Oregon, we have hired a community liaison person to work with communities on the south coast of Oregon, where the best habitat is,” said Bob Bailey, chairman of the board. of the Elakha Alliance.

“Elakha” is the Clatsop-Chinookan word for sea otter. The conservation group previously commissioned its own feasibility study, which came to conclusions similar to the federal government’s published last week.

“Restoring a sea otter population is doable,” Bailey said. “It is likely to succeed and bring major benefits to the ocean ecosystem and the local coastal economy.”

People in the fishing and seafood industry remain skeptical about this. The West Coast Seafood Processors Association launched a precautionary critique of the US Fish and Wildlife Study in June and the trade group’s executive director, Lori Steele, said by email on Thursday that all of their concerns were still valid.

“There is no doubt that the reintroduction of sea otters will have significant impacts on fishing, ports and other industries,” California Sea Urchin Commission Chairman Dave Rudie said in a statement. “We have already seen this happen in California. Look at what happened to the Pismo clams at Pismo Beach and the loss of the abalone fishery at Morro Bay and Monterey in the 1960s and 1970s.”

Coastal tribes weigh in too. When consulted by the Fish and Wildlife Service, tribes in the area considered for sea otter reintroduction in California and Oregon were generally supportive, with the Confederated Tribes of the Siletz Indians expressing particularly enthusiastic assent.

“We strongly support the restoration of sea otters to our coast and the resulting enhanced resilience of our coastal ecosystem diversity,” Siletz Tribe President Delores Pigsley wrote in a letter. “We’ve been without this parent here to help care for us for too long.”

The Quinault Indian Nation in neighboring Washington state, however, took offense and said in a separate letter that it does not support further sea otter reintroductions, even remotely to the south. Quinault Nation President Guy Capoeman wrote that he fears sea otters, once established off the Oregon coast, will expand their range northward and threaten the viability of sea otter populations. knives and Dungeness crabs that tribal fishermen depend on.

The confluence of biological and human variables led Zwartjes and Bailey to independently outline a working concept for a limited, targeted reintroduction in a few strategic locations along the coast, if plans go ahead.

“That would potentially result in a few hundred sea otters over the next few decades, not thousands of sea otters,” Zwartjes said. “So we think those impacts would be relatively localized.”

Individual Washington sea otters occasionally stray south into Oregon waters, but have not remained long-term. Washington State is home to approximately 2,300 sea otters along the outer coast and western Juan de Fuca Strait. Northward expansion of the central California population has been blocked by a “shark alley” around Half Moon Bay. The USFWS report states that shark bites are a leading cause of death for California’s endangered sea otters.

Zwartjes said there was “virtually no chance” of colonization of vacant otter territory along the northern California and Oregon coasts thanks to natural range expansion over the past of the next ten years.