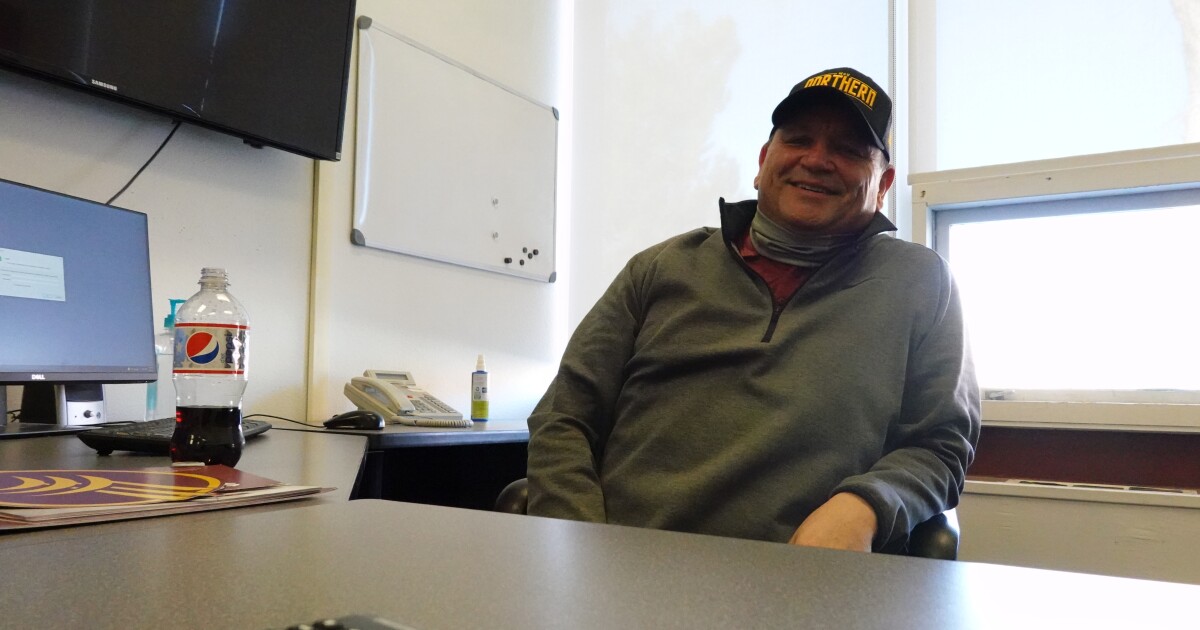 The move came as a shock to many as Souers will inherit a program that has gone 3-34 over the past four seasons.

If there is anyone to help turn the tide, it is Souers who arrives in Le Havre with quite a pedigree. He was Montana‘s defensive coordinator when the Grizzlies won a national title in 1995 and became the winningest head coach in Big Sky Conference history with more than 20 seasons at Northern Arizona University. Most people would see the move to MSU-Northern as a step backwards, which Souers doesn’t see.

“When you help young people, it’s not a step back, it’s a step forward. It’s an opportunity to step in and help young people… It’s a bit of an old school thought but that’s how I was brought up and it’s always been what gratified me… No one gets rich here but we all get rich in relationships with others,” he said.

However, moving to Le Havre was never part of his plan. Souers most recently served as the defensive coordinator at Southern Oregon University, where he and his wife Tracy planned to spend their days helping young athletes through coaching. But those plans changed after Tracy’s sudden death in September 2020.

“I couldn’t stay in Ashland, Oregon anymore, the memories were too much for me to handle, so I ended up moving to Portland and on the way I got a call from Chancellor Greg Kegel about an opportunity that existed at Montana State University-Northern and so I flew out last week to interview for the position.

For Souers, coaching will be a way to rejuvenate the love of helping young student-athletes improve through sport; something he and his late wife shared together.

Despite the winding road that took Souers back to a struggling program, the motivation to get back to doing what he does best kept Souers back on the grindstone. However, he is not naive about the work it will take to make the program competitive.

Much of the leg work for Souers will come from him and his staff recruiting efforts where he plans to bring in as many local Hi-Line kids as possible.

“The bottom line is this: We’re going to be a program that will start by recruiting from the Hi-Line. We want the western and eastern borders to be covered and we will be there. I will be there in presence to recruit and then build further south according to our needs as well.

Souers is still in the process of moving to Le Havre, but he is already excited about the future of the program, the school and the community.