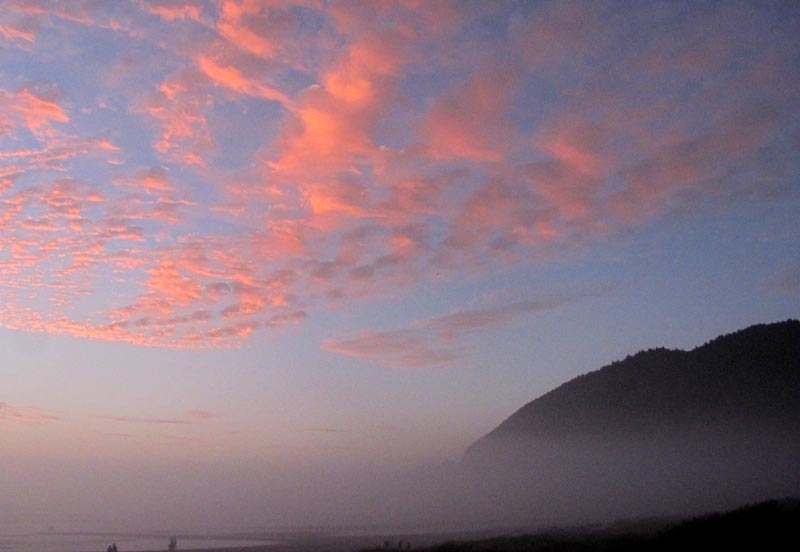 (Manzanita, Oregon) – Oregon’s northern coast, along with much of the Washington coast, is known as the “Graveyard of the Pacific.” Countless ships have died off these stormy waters, unable to withstand their jagged, rocky shores and storms. Yet what washed ashore from these many shipwrecks often became useful to the people of the region, and in the case of all that mysterious beeswax that has dotted the shores of Manzanita for hundreds of years , it was “good as gold”.

Next is the Nehalem Valley Historical Society’s latest exhibit at Manzanita, graphically depicting the historical routes from around 1565 to 1815 of the typical Spanish galleon. These large ships often roamed the Oregon coast as they sailed here and California, to places like the Philippines and Mexico. Some of them were shipwrecked off the coast, the vast majority were lost to history. However, the Historical Museum now shows you these sea routes, detailing the types of ships and the exotic items they carried.

The exhibit also delves into the history of northern Oregon with how locals – natives and settlers – used beeswax over the centuries that came from these shipwrecks. Beeswax served as ballast for many of these vessels, but locals found heaps of it on these beaches and used it to seal boats and canoes, skin ointments and candles.

Manzanita’s new exhibit also addresses the “extraction” of lost cargo from these ships.

Beeswax stopped arriving on the beaches in the Nehalem region in the 1990s.

The historical society is open on Saturdays from 1 p.m. to 4 p.m.

Numerous studies and archaeologists have looked into this long-running northern Oregon coast mystery since the late 20th century, and a few of those involved have lectured in the area over the years. Among them were Scott Williams, Cameron La Follette, Dr. Douglas Deur, Esther González and Dr. Dennis Griffi of the Beeswax Wreck Project.

According to their highly regarded research, from the earliest days of American exploration and settlement on the Oregon Coast, stories have been told of ancient shipwreck discovered on the Nehalem Spit. The wreck, laden with Chinese porcelain and large chunks of beeswax and candles, predated American settlement of the area and was a mystery to early settlers. For a few centuries, the confusing pieces landed on the beaches around the Manzanita area. They were well formed together and engraved with numbers in a style used by the Spaniards.

The theory has long been that the wreckage occurred in the 1700s.

In the region’s earliest recorded days, as chunks of beeswax began to wash up on shore, settlers and natives alike were well aware that a wreck had occurred. There were stories of men emerging from the water in full Spanish conquistador armour, even stories of cannibalism, but the truth eluded archaeologists and historians for years.

Many archaeologists – including the PBS History Detectives show – have determined that it was most likely a Spanish galleon called the Santo Cristo de Burgos, which left the Philippines in the summer of 1693 and disappeared. .

La Follette’s independent research team over the past decades has found detailed archival information about the ship, including its manifesto. Aboard the ship were officers and a crew of Basque, Spanish, and Filipino men, as well as a few passengers. La Follette and his team also uncovered biographical information about the lives of the men, particularly the captain, Don Bernardo Iñiguez del Bayo, and tantalizing glimpses of the ship’s cargo. All aboard the ship were men.

Will the new Manzanita exhibition confirm these findings or offer something different or new? You will need to see the museum, located at 225 Laneda Avenue in Manzanita. nehalemvalleyhistory.org

Save on Top Manzanita Hotels – Where to eat – Manzanita, Wheeler Maps and Virtual Tours