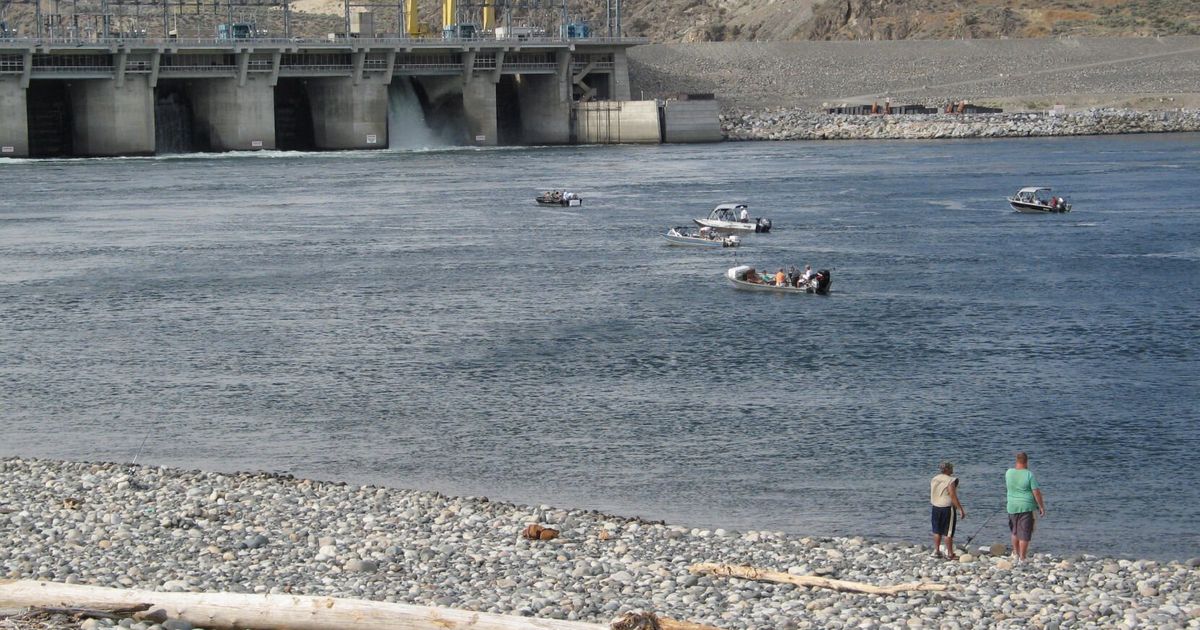 LEWISTON — Anglers in Idaho and Oregon will soon have the opportunity to try their hand at summer chinook.

Like their close cousins, the spring chinook, the summer run fish return in large enough numbers to allow for a limited harvest.

The Idaho bag limit will be four hatchery spring chinook per day with a maximum of two adult fish. Anglers on the Lochsa River, however, will be able to catch and keep chinook with cut and intact adipose fins. Hatchery chinook in the Snake River Basin are usually marked by the clipping of their fatty fins when they are juveniles.

“It’s a smaller fishery and they’re all going to the same place,” said Joe DuPont, regional director of fisheries for the Lochsa River Idaho Department of Fish and Game. “Even if there are not many fish, if you go to this small place, you can have a lot of success. In 2017 we had a very similar harvest share and it was not uncommon for some people to get their limits once they figured that out, and a two summer chinook limit is pretty good.

Oregon‘s seasons on the Wallowa and Imnaha Rivers open June 25. The Imnaha, which flows north from the eastern end of the Wallowa Mountains to join the Snake River in Hells Canyon, will be open from its mouth at the Summit Creek Bridge. It closes on July 10. The Wallowa River, a tributary of the Grande Ronde River which also originates in the snow-capped peaks of the Wallowa Range, will be open until July 25.

Both rivers will have a bag limit of two hatchery chinook per day and up to five hatchery trevallies. This is the first time the rivers have been opened for chinook fishing since 2016.

“All current projections indicate that this year’s run will exceed our pre-season forecast and provide an opportunity to locally harvest spring chinook,” said Kyle Bratcher, district fish biologist for the Department of Fisheries and Wildlife. Oregon Wildlife at Enterprise, in a press release. “In the past these fisheries were popular and we are happy to see numbers that allow anglers to get there.”

Summer chinook in the Snake River Basin return to freshwater about a month after spring chinook. Fisheries managers often group the two runs together as one species. The summer run of the Snake River is different from the summer chinook which returns to the upper Columbia River. These fish return even later, spawn in larger river systems and migrate as juveniles the same year they emerge from the gravel, DuPont said.

Summer chinook in the Snake River basin, much like spring chinook, spawn in small tributaries or in the upper reaches of major rivers and their offspring migrate to the ocean after spending about a year in fresh water .

Most of Idaho’s spring chinook fisheries remain open. The exception is the previously closed section of the lower Salmon River between the Rice Creek Bridge and Hammer Creek. The lower Clearwater River from the Lewiston Rail Bridge to the Cherrylane Bridge, known as Section 1 in fishing regulations, will close at the end of fishing hours on Sunday.

The latest projections put the harvest share on the Clearwater River and its tributaries at 5,200 adult chinook and the harvest share for the Rapid River run is around 3,600. Both numbers are down from projections. previous ones of around 6,000 and 3,740, respectively. DuPont said shares fell due to lower-than-expected survival of adult chinook between Bonneville Dam on the Columbia River and Lower Granite Dam on the Snake River.

According to court precedent, the return of salmon and rainbow trout that are surplus to spawning requirements is divided equally between tribal and non-tribal fishers. This number is known as the harvest share.