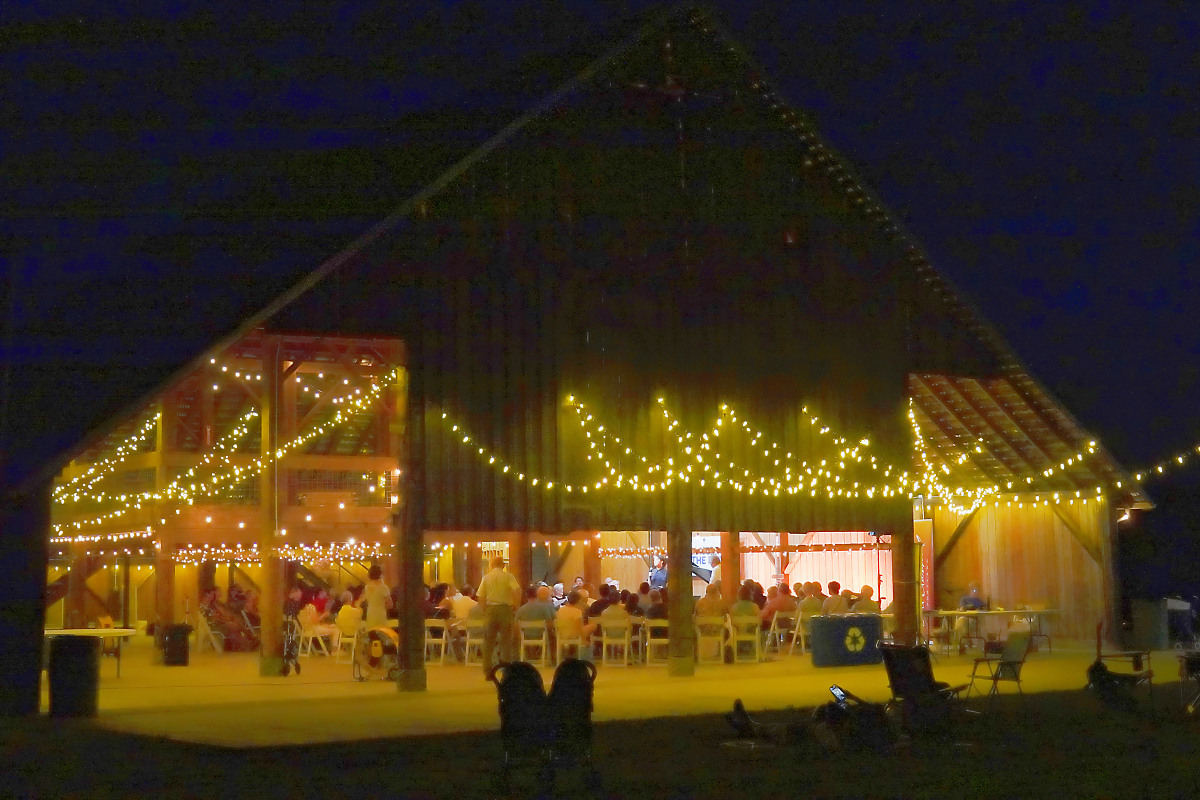 Summer in (and out of) the city

HAVE CAMERA, WILL TRAVEL. Preferably outside.

Photographer Joe Cantrell roamed the parks, sidewalks and plazas of greater Portland, and even the indoor/outdoor spaces of a large, gracefully restored old barn, cameras in hand. Here at ArtsWatch, we couldn’t be happier: he continually brings back delightful visual evidence of Oregon life well lived, often in the form of music and dance.

This spring and summer he has covered events as varied and fascinating as the Waterfront Blues Festival (all four days and nights); the wonderfully mobile tradition of the Ten Tiny Dances; kicking off this summer’s Concerts in the Barn; and a one-day gathering of River People on the 65th anniversary of the Celilo Falls flood. He also found time to create a concert-length visual spectacle for the world premiere performances of Portland composer and cellist Nancy Ives’ new piece based on the cultural and physical loss of the famed Columbia River Falls.

Cantrell didn’t stop. Since then he has been to, among other things, a very special concert conducted by maestro Lajos Balogh in Washington Park; the second and final Beaverton Night Market of the summer (he also photographed the first); and two more concerts in the barn at Hoffman Farms in rural Beaverton – one featuring pianist Ben Kim, the other featuring cellist Ives and friends.

And at every event, he had his cameras with him. Below is a visual sampling of its photographic fruits:

A classic gift in the park

On a bright and pleasant Sunday evening in late August, bandleader Lajos Balogh did something he’s done the most every summer since 1981 – conducting a free classical concert high above downtown Portland amid the Washington Park trees. For most of those years Balogh, who came to the United States from Hungary in 1967, performed with the Portland Symphony Orchestra, where he achieved emeritus status in 2016.

This year he conducted the self-proclaimed Lajos Balogh Symphony Orchestra in a program of Beethoven, Sibelius, Dvorák and Copland – and, ultimately, some recorder sounds from children in the audience, who joined in “Toy Symphony.” As always, the concert was free. “It’s his way of giving back to the great country that adopted him, celebrating the European tradition of bringing open-air symphony concerts to the people,” said his son and fellow musician, Béla R. Balogh of 3 Leg Torso, who also took the hand. in developing the music for the evening.

Cantrell and his camera, of course, were also close at hand.

Samba at the night market

In the late afternoon and evening of Saturday August 13, Cantrell headed to The Round, near City Hall and the new Patricia Reser Center for the Arts, for the second and final night market of Beaverton this summer. Crowds, vendors and foods from many cultures, dancers and musicians and many more were there, making it a celebration. What most caught Cantrell’s eyes and ears that night was Bloco Alegriathe Rio-style Portland samba band, who jammed and danced the night away – and also had more than a few people in the audience rocking to the beat of the music.

Make music in the barn

Cantrell enjoyed the opening concert of the summer in the Hoffman Farms barn so much that he returned with his camera to the next two, which featured Nancy Ives, principal cellist of the Oregon Symphony Orchestra, composer, chamber music devotee and friends, August 10; and Ben Kim, the young pianist and Portland native who has built an international career, on August 24. The summer series was created by former Oregon Symphony principal percussionist Niel DePonte, who hosts each concert.

Cantrell arrived early for the Ben Kim concert and heard a plunk-plunk-plunk sound from afar. “It was the grand piano at the Barn which was tuned by a gentleman in black with a headlamp,” he reports. “A lot of time before the concert, see what all these first comers are doing. There was a line at the wine shack, okay. The open side of the barn was lined with people and appropriate refreshments, a nice breeze blowing across the irrelevant thermometer, the setting sun looked very promising.

“Concert evenings have become a Happening, as we said. People come prepared for the surprising vibe, given that it is indeed a barn, albeit very well converted, event space on a working farm. The crows I last saw weren’t there playing in the sprinklers, but the old truck was. Things were going well and the tuner added consistency: Plung, plung, ping, plung, pingpingping. Niel was hosting another memorable event, the mark of a kind and generous human professional.

“Ben Kim finally started the performance although the piano continued to be a guess on some keys and pedals. Maestro Kim, it was immediately obvious, is a subtle master; I’ve heard wonderful things. My God, everything has this always been there Wow. But a pedal fell off or something. Niel stepped in, visited Ben Kim for the benefit of all. And Ben, in good spirits and attentive to everything during that the poor piano tuner was keeping things going, so to speak.

“Ben Kim, in his genius and professionalism, delivered a recital to change everyone’s DNA for the better,” Cantrell continues. “Niel supports all of this. “Just perfect. No one left until the end.

This summer is Latest Concerts at the Grange will actually be on the lawn outside the Butler Barn at Hoffman Farms – a double gig starting at 6.30pm on Wednesday August 31. The pair of concerts will feature the Arcturus Wind Quintet, followed by singer Susannah Mars headlining an evening and jazz.

What else to look for

Did we mention Cantrell was a very busy man? Like our other contributing photographers/writers, including Friderike Heuer and KB Dixon, he has his own particular interests and his own way of looking at and recording the world around him. In case you missed them, here are some highlights of his work for ArtsWatch this summer and spring – just the latest in our long and rewarding relationship with him. Happy looking: