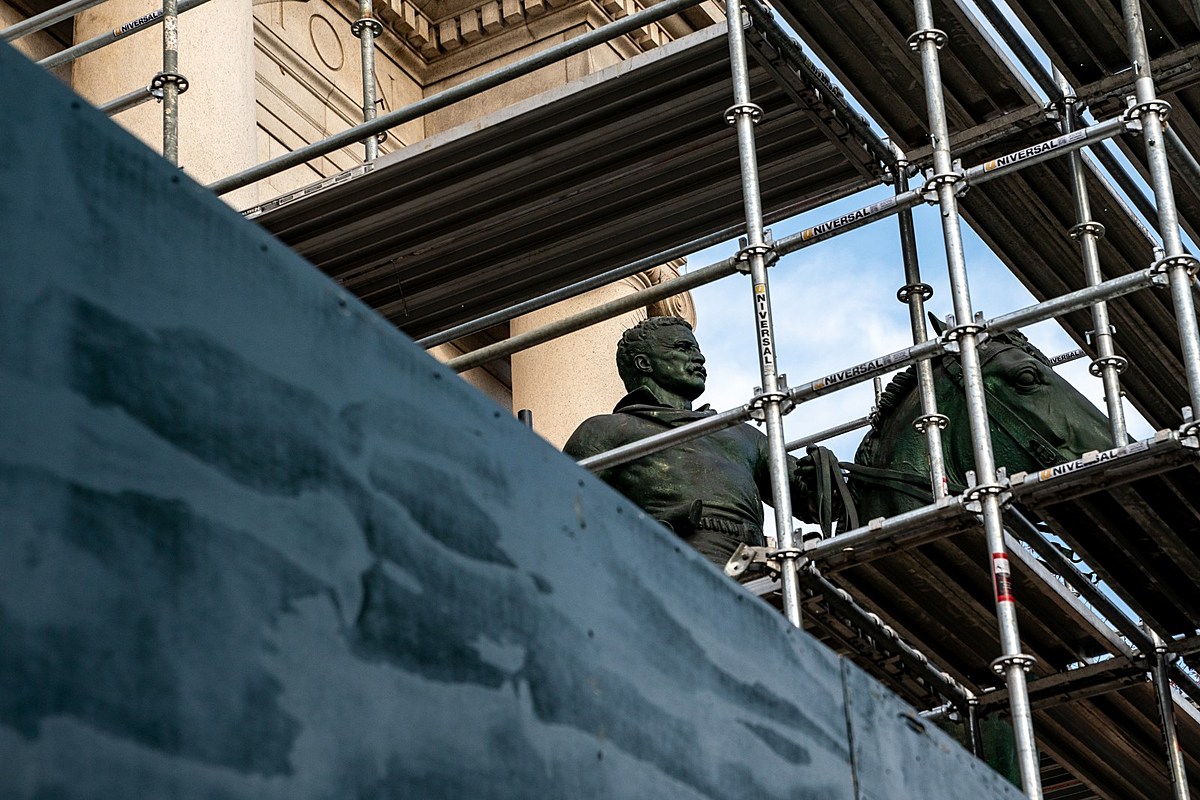 Teddy Roosevelt statue stranded, can we bring it to Montana?

He is a president acclaimed by conservatives and environmentalists. In fact, if you travel to Yellowstone National Park through Gardiner, MT, you’ll see a quote in honor of President Teddy Roosevelt engraved on the arch above the entrance.

Earlier this morning on the radio, a caller, Craig from Missoula, asked a great question.

Craig: I was listening to the news this morning, and in front of the New York Museum, there’s a statue, I guess, on horseback of Theodore Roosevelt that they’re trying to get rid of. And then I just thought those of us here in Montana would probably love to have this statue. And so I was calling just to find out how we were all going to get together and walk up to the New York Museum and say, “Hey, we’re definitely going to get rid of Teddy.” “

What a good idea. Maybe we could have the statue in front of the Montana Historical Society’s brand new museum in Helena? In fact, while we’re at it, why don’t we start collecting all the art, statues, and other artifacts in American history that the Left demands to be demolished and house here in Montana? ? If the left wants to demolish the statues of Abraham Lincoln and Frederick Douglass, we will gladly host these monuments and statues here.

It also got me thinking about how we sent teams through enemy lines in WWII, and we had teams in Iraq working to secure historical artifacts, paintings, etc. artifacts.

What a good idea. Let’s put together a team to go over there and bring that American story back here to Montana.

And the statue of Teddy Roosevelt? Could we bring him back here to Montana from New York? Looks like North Dakota (pronounced Nort ‘Dakota) has already beaten us in the fist. Another listener, Laura, told me that North Dakota would get the statue. Dangerous.

The New York City Council has voted unanimously to remove the iconic statue and will send it to Theodore Roosevelt Presidential Library in North Dakota.

Well, at least it’s a relatively short trip for some of us.

See the must-see routes in each state