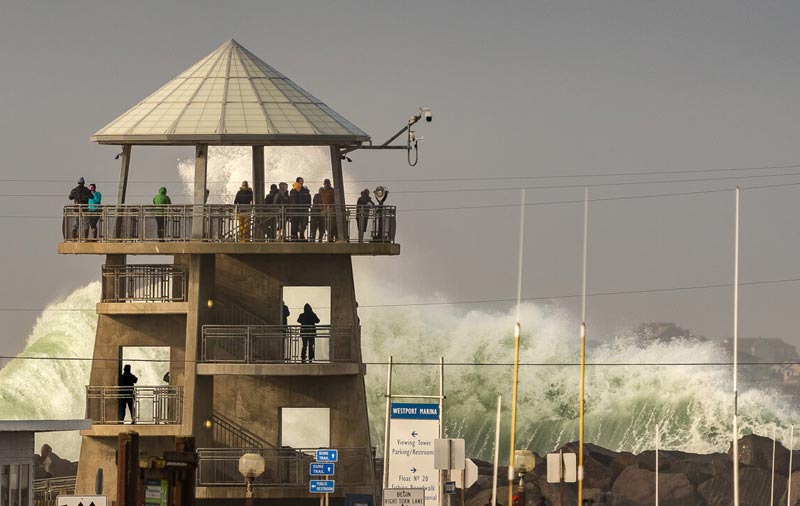 The best romance-themed landmarks on the Oregon and Washington coast

The best romance-themed landmarks on the Oregon and Washington coast

(Westport, Washington) – Whether by name or by legend, certain places on the Oregon Coast and the Washington Coast have a special connection with romantic themes and therefore the concept of Valentine’s Day. Cupid’s Arrow may have had something to do with those spots along the coast, but there’s a Valentine’s Day theme to those few landmarks one way or another. (Observation Tower in Westport, courtesy of Westport Visitors)

Starting at the southern Oregon Coast and working your way north:

The real Kissing Rock is designated as such by a sign along the highway, and from certain angles it looks like a rock structure with a face ready to crease. Rumor has it that the place was mainly named so because it’s where high school kids used to hang out at one point, but it’s unconfirmed. Either way, it’s a popular place to kiss someone.

Strawberry Hill Roadside near Florence, Yachats. Halfway between the two central Oregon coastal towns, Strawberry Hill may live up to the old air of finding “my thrill on Blueberry Hill.” At least visually. This small, somewhat hidden roadside gives way to an expansive beach, with a wild, intricate cove at one end and a long stretch of paved beach on the south side.

Whatever amorous melodies can be attributed to the name of the place, Strawberry Hill indeed offers an exciting experience in terms of wave action and exploration. Large rocky patches almost form a maze here, filled with colorful tide life as well as surreal views in these jagged cliffs at the back of the beach. Hotels in Yachats – Where to eat – Maps and Virtual Tours of Upper Lane County

Nye Beach, Newport. There’s a certain romance in the air here, though one of its most romantic after-dark spots — Jump-Off Joe — imploded last year and is no longer accessible. Yet walking this beach day or night is a rush of layered delights for the senses, much like the Turnaround. After all, Nye Beach was known as the “Honeymoon Capitol of the World” in the early 20th century, where corseted women and young men in their finery strolled these beaches after getting hitched up and showing off their love to the world as best they could before. the whole PDA thing became acceptable decades later. Newport Hotels – Where to eat – Maps and Virtual Tours of Newport

Proposal Rock, Neskowin. Somewhere in this blot of basalt history, some 100 or more years ago, a local pioneer proposed to his loved one next to the Neskowin landmark, giving the North Coast its nickname. ‘Oregon.

To this day, some people still come to Neskowin to kneel before the rock, although it may not be the most ideal place to initiate a marriage. It’s a cute idea, but honestly, many places on the Oregon Coast and Washington Coast are probably even safer because Proposal Rock is pretty close to some raging tides at various times.

In any case, Neskowin has its hearty romantic aspects, including this really hidden section to the north with rather curious, black and large grains of sand. Hotels in Neskowin – Where to eat – Lincoln city maps and virtual tours

Hug Point, near Cannon Beach. Need a hug? Don’t bother going to Hug Point for this – honestly. It’s just a name, and it refers to the old road that ‘skirts’ the headland here, which allowed horses and buggies to cross the beach at mid-tide.

Not that the place isn’t brimming with romance, though. This colorful sea cave near the old road is a wonderful little place to sneak away and steal a few kisses. Let’s face it: nothing beats the sound of the waves, and here the sound echoes. Cannon Beach Hotels – Where to eat – Maps and virtual tours of Cannon Beach

Cape Deception, Ilwaco, Washington. Let’s be honest: love can be a disappointment. But Cape Disappointment here at the southern end of the Washington coast is not. Granted, it won’t always live up to its reputation as a wild wave that leaves people gasping for air, but this beach spot is always brimming with opportunities to get a grip, whatever the weather.

Wedding Rocks, Olympic National Park. It’s not exactly a wedding venue, actually. In fact, it’s an archaeological marvel, with petroglyphs of local tribes carved into numerous rocks – something you never see along the Washington coast or anywhere else to the south. The place is a bit difficult to walk around, so don’t consider having a wedding here unless you like the idea of ​​a guest or two injuring their ankles (and besides, that’s not). is not legal anyway).

If you are both history buffs, you will fall in love with this place.

When it comes to finding a romantic vibe on the Oregon or Washington coast, well, any beach will do. But few things beat the scenic splendours of a good high point along the coast. Westport’s man-made lookout tower is a non-stop kick in the pants when the waves roll in here, and you’re safe in each other’s arms and away from the melee of the tides. Cape Foulweather near Depoe Bay or Neahkahnie Mountain near Manzanita offer breathtaking views that are practically aerial, as does Humbug Mountain on the south coast.

Want to feel the Earth move under your feet? Shore Acres near Coos Bay and North Point in Depoe Bay have the unusual aspect where the ground can shake under you if the waves hit just right. It is a real marvel.

Revealing the best teams of Louisville, SC, Stanford, NC State in the NCAA