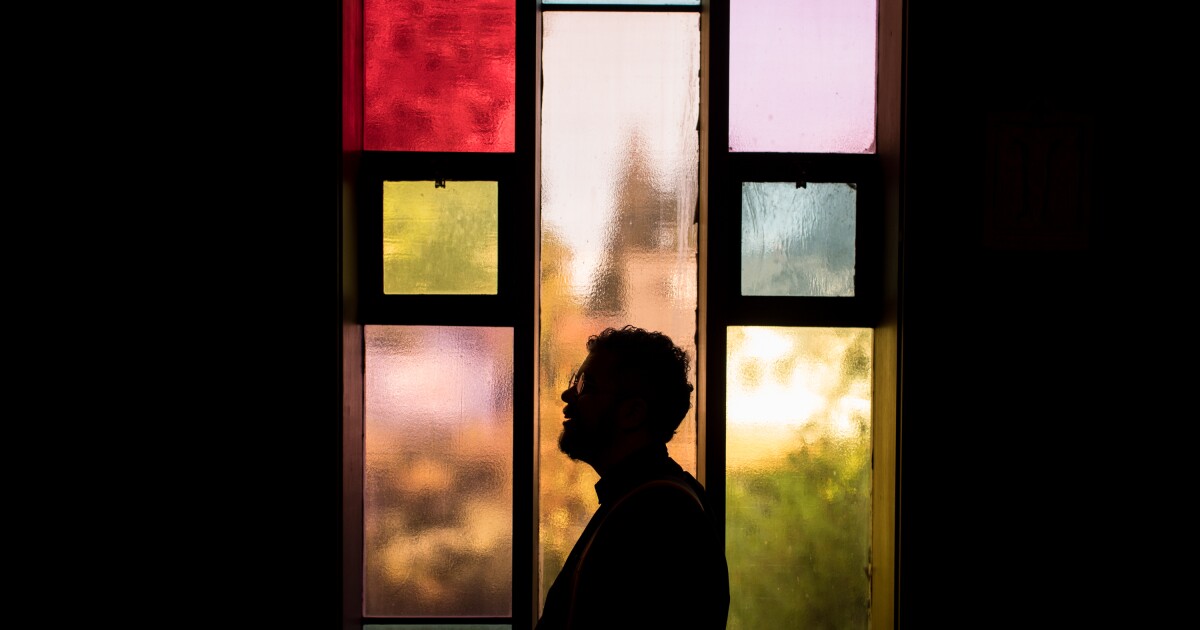 PORTLAND, Ore.—Something as small as signs reading “men” and “women” on restrooms at a place of worship can close the door to trans people.

“For me, as a non-binary person, I’ve been to so many churches where there’s no bathroom that I feel like I can use,” says AJ Buckley, an Episcopal priest at Portland, Ore. “And so I just won’t go to the bathroom there.”

Churches are charged with living the message of the Bible both from the pulpit and in the pews.

And it’s hard to connect to spiritual concerns if those present to sing and pray literally can’t be physically comfortable.

That’s why Saint David of Wales Episcopal Church in Portland, where Buckley has been associate rector for eight years, made changes like putting up signs saying anyone can use any bathroom, including pronouns on name tags and preaching to “brothers and sisters in Christ” rather than to brothers and sisters.

“Sometimes we’ll say, ‘God loves you,’ but we don’t always experience it in church,” Buckley says. “And so to have these things that say you’re really wanted here, [means] we’re glad you’re here.”

Evangelical Christianity has played a big role in the political debate on transgender issues and in the wave of legislation to which it has led. And so this position is widely known: God created humans, separated into male and female – innate and immutable categories.

But religions speak with more than one voice. And other Christians use their scriptures to embrace a broader understanding of gender.

Shannon TL Kearns is the first openly transgender man ordained in the Old Catholic Church, a denomination that split from Rome after the first Vatican Council in the 19th century. He is co-founder of QueerTheology.com and author of the book In The Margins: A Transgender Man’s Journey with Scripture.

“The world of gender in the Bible is much more complex than what I was taught growing up as an evangelical,” Kearns says, pointing to many stories of biblical characters transgressing gender norms.

“We have women who are judges. We have men who spend their time in the kitchen. There are eunuchs, who were considered this kind of other third sex,” he says.

Many Christians Are Rethinking Bible Stories They Think They Already Know

Theology is stories. And Kearns says understanding the Bible’s message about trans people is partly about rediscovering those particular stories. But, in a broader sense, it’s about asking harder questions about the stories Christians think they already know.

For example, in Genesis, angels come to Sodom and Gomorrah, and the townspeople threaten to rape them. The destruction of these cities is often seen as God’s condemnation of homosexuality. But it could be read as a lesson in welcoming the stranger.

“When we look at a passage like Sodom and Gomorrah, we look at places where – where could we still be inhospitable to people today?” Kearns asks. “Do we benefit from systems that harm other people?

Sometimes showing hospitality is as simple as a sign on a bathroom door. And sometimes it’s harder. Not all congregations, not all Christians welcome these changes. Theologian and ordained Baptist minister Robyn Henderson-Espinoza says conflict is not new to Christianity and is central to understanding the story of Jesus.

“I follow the story of a brown Palestinian Jew who was executed by the Roman Empire,” says Henderson-Espinoza. “And this story is painful.”

“I think that’s how we bring heaven to Earth: to have these difficult conversations and create more relationships, and create more opportunities to relate to difference.”

If you look in the Bible, the stories of difference are told there too Kearns theologian. The arc of scripture putting the most marginalized people at the center has always been there. But he’s not surprised it wasn’t always said that way.

“White, cisgender heterosexual men — they read their specificity and uniqueness and call it universal. And that’s the real damage,” Kearns says.

Kearns says it’s not that reading from a particular point of view, from a particular experience, is wrong – it’s the way Scripture has always been read and interpreted. People just need to be aware of what they are doing. And broaden the conversation to include all voices.

“I think we all read ourselves in the scriptures,” Kearns says. “I think the most important thing is that people in marginalized communities are honest about what they’re doing.”

Trans Christians practice a faith that matches their bodies

Good stories survive because they welcome a range of readers into their world. They don’t define the meaning—they reveal it to those who enter the story.

Austen Hartke, Lutheran theologian and founder of the Transmission Ministry Collective, asks the question: “If you believe, like me, that God made me on purpose, then what does that mean I am allowed to do to manage my body?, to live a healthy and full life?

Hartke, who is also the author of Transforming: The Bible and the Lives of Transgender Christians, says, “In the same way that if God made someone myopic, they are allowed to wear glasses.”

He says it’s part of Jesus’ call to abundant life. It is not a profanation; it’s co-creation. Holy work.

“Yes, our bodies are temples,” says Hartke. “But temples change.”

And Hartke says the blueprint for that change is in the text.

“Even though Genesis One talks about binaries in the world, we know those binaries aren’t as crisp as they are in this one text.”

It’s not just man and woman, land and water.

“So, for example,” he says, “God creates day and night – it says nothing about dawn or dusk.”

But these intermediate places exist. Hartke says there is a richness in them and in the theology that emerges from them. Because they tell a fuller story of existence in this sacred world.

“If we say God is alpha and omega, we don’t mean God is just A and Z,” Hartke says. “We mean that God is everything.”