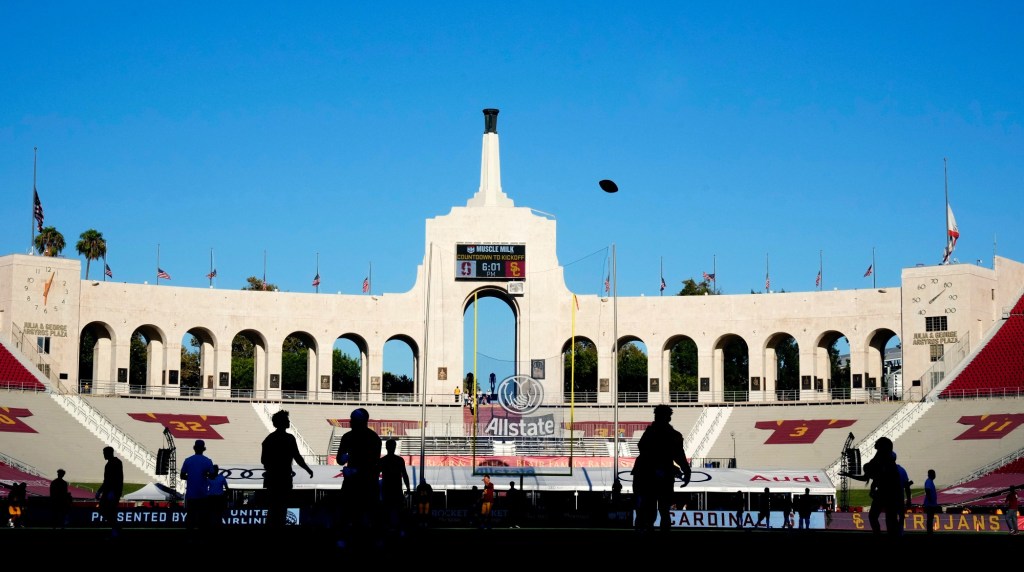 The foundations for recruiting success during the December signing window are often laid in the spring, when campus visits are conducted, shortlists created, and verbal commitments made.

The Hotline is thrilled to provide Pac-12 fans with a dive into the process through the eyes and ears of Brandon HuffmanSeattle-based national recruiting analyst for 247Sports.

Huffman will deliver news and insight into the latest developments and take a look at upcoming events that will shape the 2022-23 recruiting cycle.

The following information, in his own words, was provided to the Hotline on May 23…

To start the column, let’s say this:

Yes, the other Pac-12 schools are recruiting.

And yes, the other Pac-12 schools are active.

But no one seems to be doing as much, either in the transfer portal or in regular recruiting, as USC and Oregon.

Clearly, this has been a constant theme at these schools this spring, and the past week has been no different.

*** One week after receiving Braxton MyersTexas’ four-star safety, the Trojans were able to land the second biggest fish in the transfer market when they received a commitment from Pitt wide receiver and Biletnikoff Award winner Jordan Addison.

*** At the high school level, Oregon was able to return the four-star receiver Ashton Cozartwho is originally from Washington and moved to Texas ahead of the 2020 pandemic season.

He committed to Oklahoma in January, but made an official visit to Oregon over the weekend and committed to the Ducks during that visit.

*** UCLA hosted eight official visits over the weekend. By our calculations, that’s the biggest group the Bruins have had in a single weekend under Chip Kelly since taking over in late 2017.

The group included four offensive linemen and a four-star cornerback Maliki Crawfordwho comes from Oxnard and last summer became UCLA’s first commitment in the Class of 2023.

He reopened his recruiting in January but, at the time, maintained that UCLA would be in it all the way. And indeed, the Bruins got the first official visit.

Crawford is a top 247 prospect, so it’s significant that UCLA was able to bring him in and track this visit.

But those were overshadowed a bit by what happened at UCLA this weekend and also Oregon.

*** In addition to securing a commitment from Cozart, the Ducks received an official visit from spencer fanoUtah State’s No. 2 player.

He’s the West’s top offensive tackle prospect in the class of 2023, and he’s from Provo, so Oregon bringing him to campus was a big deal.

*** The other big news for the Pac-12 was the announcement of the four-star receiver rachid williams engage in Washington.

Williams initially established his list of visits to Washington, Oregon State and California, and he planned to see Stanford, where he began the application process. But after visiting Washington two weekends ago, the Bay Area prospect signed on last week.

He is the first four-star to commit to UW coach Kalen DeBoer from the junior class.

We’ll see if that gives the Huskies some momentum.

He relies heavily on programs outside of the Pac-12, but two have been successful: Cal, his hometown school, and Oregon. The others are Florida, LSU, Texas A&M, Mississippi and Miami.

Rashada said he would announce his decision on June 18, his father’s birthday.

So far, he has only visited Ole Miss for an official. He saw Oregon last weekend, plans to see Florida this week, and Cal has continued to maintain a presence in the process, being his hometown school.

Interestingly enough, the Bears weren’t in his top 10, but they made his top seven.

We still think it’s likely to step out of the Pac-12 footprint. But Cal and Oregon hang on for life in this recruiting.

Rashada is the best uncommitted quarterback on the West Coast in the junior class.

*** That’s it for the Pac-12 this week. Tours will be a little slow due to the Memorial Day holiday, but June will really pick up the pace with coaches hitting the road for the camp circuit.

Washington Ranked 1st State in the Nation for Millennials | Washington