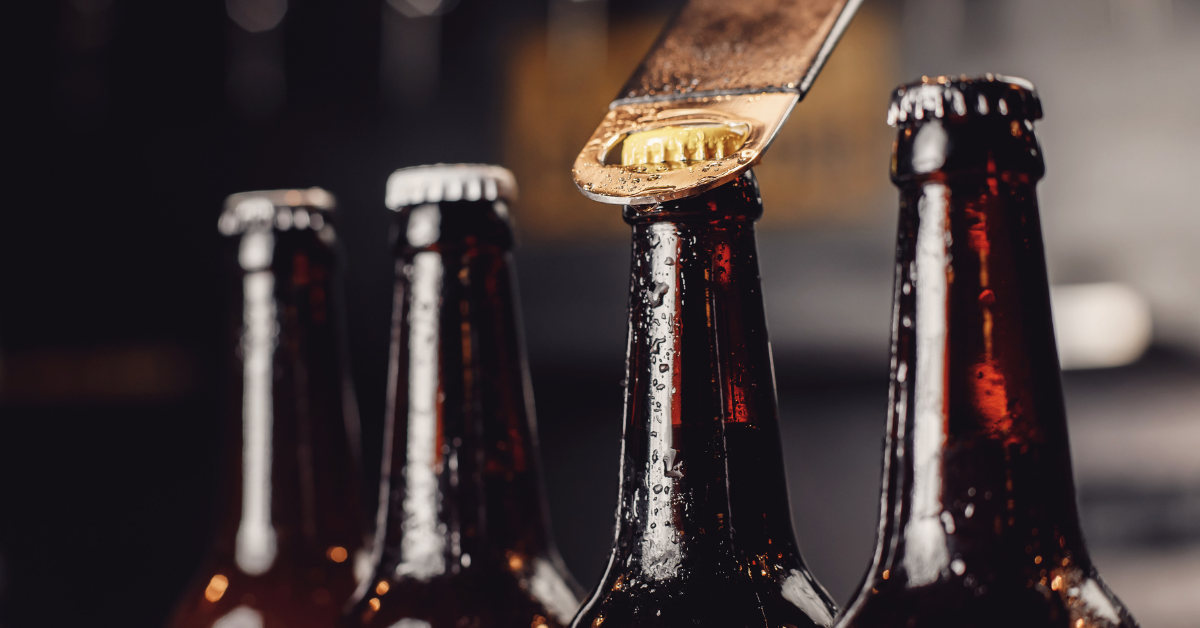 It’s a bit of a quid pro quo situation. If you are a brewer located outside of Oregon, you can ship direct-to-consumer (DTC) malt beverages in Oregon only if you are licensed in a state that allows DTC licensees. Oregon to ship DTC malt beverages to its residents. If your license was issued by a state without such a reciprocal agreement, such as Oregon‘s northern neighbor Washington, Oregon will not issue you a drop shipper permit. For this reason, three Washington brewers are suing Oregon.

In Granholm v. Heald (May 2005), the United States Supreme Court ruled that Michigan and New York discriminated against interstate commerce by allowing in-state wineries to make DTC shipments to consumers in their home state, but in prohibiting out-of-state wineries from doing the same. This case did not deal directly with reciprocity, but the principles could perhaps be applied to Oregon’s DTC beer policy.

The Granholm decision did not require Michigan and New York to allow DTC shipments from out-of-state wineries – it simply stated that they could not discriminate against interstate commerce by treating in-state businesses differently and from out of state. States could offer direct ship licenses to either in-state and out-of-state producers (upper tier) or neither (lower tier).

Granholm was a catalyst for change. Following the ruling, the wine industry worked with state legislatures to eliminate reciprocal requirements for DTC wine shipping. Yet the beer industry did not follow suit, perhaps because direct beer shipping was less prevalent at the time. That’s still the case: Only 10 states and the District of Columbia allow DTC beer shipments today, so breweries have access to less than 17% of the population age 21 or older. In contrast, wineries can ship directly to consumers in most states and have access to about 97% of Americans of drinking age.

Washington does not allow in-state or out-of-state producers to ship beer directly to in-state consumers.

The principles of the Granholm decision could potentially apply to Oregon’s beer distribution policy as well, although this issue may be more complicated.

Oregon beer producers may self-distribute the beer they produce directly to Oregon On-Site (Full and Limited) and Off-Site Licensees and other retail establishments approved by the OLCC. See ORS § 471.200 and § 471.221.

However, as the Washington brewers correctly explain in the lawsuit, breweries outside of Oregon “may not distribute beer directly to Oregon Site Sales Licensees and other retail establishments”. See ORS § 471.404.

The plaintiffs want to be able to self-distribute to establishments in Oregon in order to avoid going through a wholesaler. According to the lawsuit, “self-distribution, if permitted, would represent significant cost savings to brewery plaintiffs, all similarly situated Washington breweries, and retail establishments that purchase their products.” .

To make this clear, the lawsuit states that plaintiffs “intend to pay all taxes that may be due on such interstate and self-distribution shipments and to comply with all other non-discriminatory laws and regulations of the United States.” ‘State, including obtaining licenses if available.”

The Washington brewers think they will win their case – both on the DTC issue and on the self-distribution issue – but they don’t think it will happen quickly. “This lawsuit may take 3-5 years to litigate, but we’re going to win,” said Justin Leigh, co-owner of one of the plaintiffs and a practicing attorney. “There really is no doubt. The State of Oregon cannot overcome what is called “strict control”…because Oregon’s laws are, on their face, discriminatory. This kind of conviction should help her through what promises to be a long process.

Yet there is another option: they could win on the DTC issue but lose on the self-distribution issue. And of course, they could lose on both.

We will keep an eye on the case and report any interesting developments to the Avalara tax office. In the meantime, check out this article: Is Idaho a reciprocal state for shipping DTC wine?