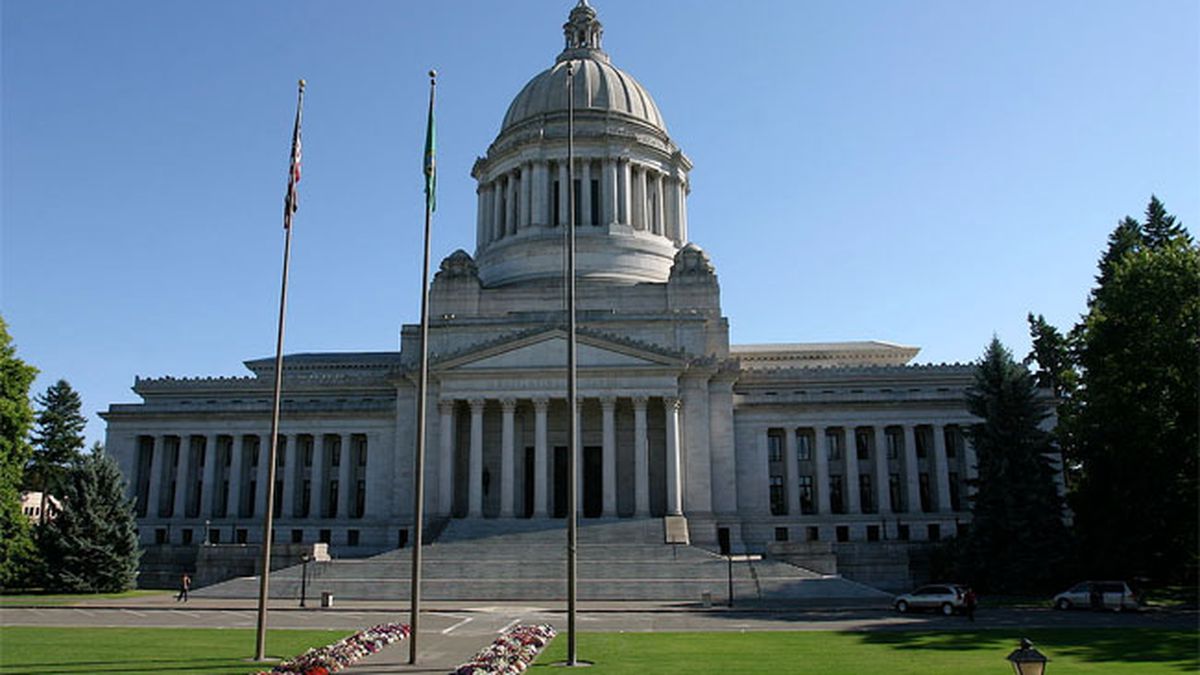 In an act of labor solidarity, dozens of Democratic staffers in the Washington Legislature staged a ‘work stoppage’ on Wednesday after a bill that would have allowed them to unionize did not advance before a key deadline.

The work stoppage in the middle of a busy 60-day election session was highly unusual, if not unprecedented. It also put majority Democrats in the Legislature — who are usually union advocates — in the awkward position of having to explain why they weren’t allowing their own employees to form a union.

“Any type of collective bargaining bill that we have tends to be very complex and every job is very complex, so you have to make sure you work out the details to make it really work,” said the president of bedroom. Laurie Jinkins during a press briefing on Wednesday.

Jinkins added that she was confident that with a few more revisions, the bill could pass the Legislative Assembly next year. She also said she supports the employees’ right to hold a protest, noting it’s one of the few legal ways for them to express their feelings. By law, legislative staff members are not allowed to lobby for or against legislation.

Senate Majority Leader Andy Billig, a Democrat from Spokane, also expressed support for the idea of ​​unionizing legislative staff and their silent protest on Wednesday.

“I understand their concern, I am in favor of the solution. I support their action today,” Billig said.

But a Democratic Senate staffer, who requested anonymity so as not to draw attention to the lawmaker she works for, called the disappearance of the unionization bill an act of “treason” by from Democratic leaders and suggested that election-year politics could have come into play.

“I fully understand that elections are difficult and people may think about it, but it is so difficult to work on protections in the workplace every day, but not have a way to protect our colleagues. , the staffer said.

Jinkins said election-year politics was not a consideration.

An estimated 80 to 100 or more Democratic staffers, including legislative aides who work directly for state lawmakers, participated in the work stoppage. Many set their emails to “out of office” with the message: “Due to recent events, I am unavailable today. In solidarity.”

Additionally, an Instagram page called dear_wa_gov_staffers featured anonymous posts that appeared to be posted by current and former legislative staffers.

The messages included: “I am actively looking for a new job where my work will indeed be paid fairly” and “Really shit for my former colleagues who work so hard and deserve a union.

Both the House and Senate Republican caucuses said none of their staff participated in the work stoppage. Nonpartisan political staff in the Legislative Assembly were also not implicated. The Democratic Senate staffer who asked not to be named said workplace concerns transcended partisan politics and the work stoppage was also on behalf of “people who don’t feel like they belong.” ‘comfortable or safe’ who act.

The bill, HB 1806, would have authorized legislative branch employees to bargain collectively on issues such as wages, hours of work and terms and conditions of employment. The measure passed through two committees, but was never presented to the House floor for a vote before a key deadline Tuesday. An accompanying measure in the Senate was blocked in committee earlier in the session.

The bill’s demise was all the more surprising given that the House version had 40 sponsors representing 70% of House Democrats.

In a statement Wednesday, the legislation’s top sponsor, State Rep. Marcus Riccelli of Spokane, noted that legislative Democrats have worked for decades to expand the right to collective bargaining in Washington. This included passing a bill in 2019 that allowed attorneys working for the state attorney general’s office to unionize.

“It’s a win-win when people come together and speak with a more collective voice to have a say in their pay and the environment they work in,” Riccelli said.

In his statement, Riccelli said he planned to reintroduce the legislation next year and, in the meantime, would work to “come forward with meaningful measures to address the needs and concerns of staff this session”.

But the Senate staffer who spoke on condition of anonymity said waiting another year was not acceptable and noted that a staff unionization bill also died in 2019.

“People are rightly incredibly fed up with the work environment,” the staffer said, citing low wages, high turnover and working conditions that have been made more difficult by the pandemic.

Using herself as an example, the veteran employee said that until a recent raise, her salary was low enough to qualify for housing assistance in the county where she lives.

Concerns about the working conditions of legislative staff are not new. The problem was highlighted during the “Me Too” movement as allegations of sexual harassment at the state Capitol surfaced.

After that, the House and Senate enacted a series of reforms, including new workplace standards, mandatory code of conduct training, and, in the Senate, the creation of a formal human resources office.

According to Jinkins, the House is currently recruiting its own HR position. The Senate also recently hired a Diversity, Equity and Inclusion Coordinator.

The Senate staffer acknowledged that improvements had been made to working conditions, but said more work and greater protections were needed, including the ability to negotiate higher wages.

Among the details that Jinkins says still need to be ironed out with the organizing bill are who can bargain, what they can bargain for and who their employer is.

“These three things seem like easy things, but anyone who has worked in collective bargaining understands that these are very complex things to deal with,” Jinkins said.

Last year, Oregon legislative staff voted to become members of the local chapter of the International Brotherhood of Electrical Workers.

According to the National Conference of State Legislatures (NCSL), nonpartisan legislative staff in Maine have a long history of working under collective bargaining agreements. In addition, NCSL said at least some legislative staffers in New York, Rhode Island and Vermont have union rights.

Legislation allowing legislative employees to unionize is also being considered this year in California and New Hampshire, NCSL said.