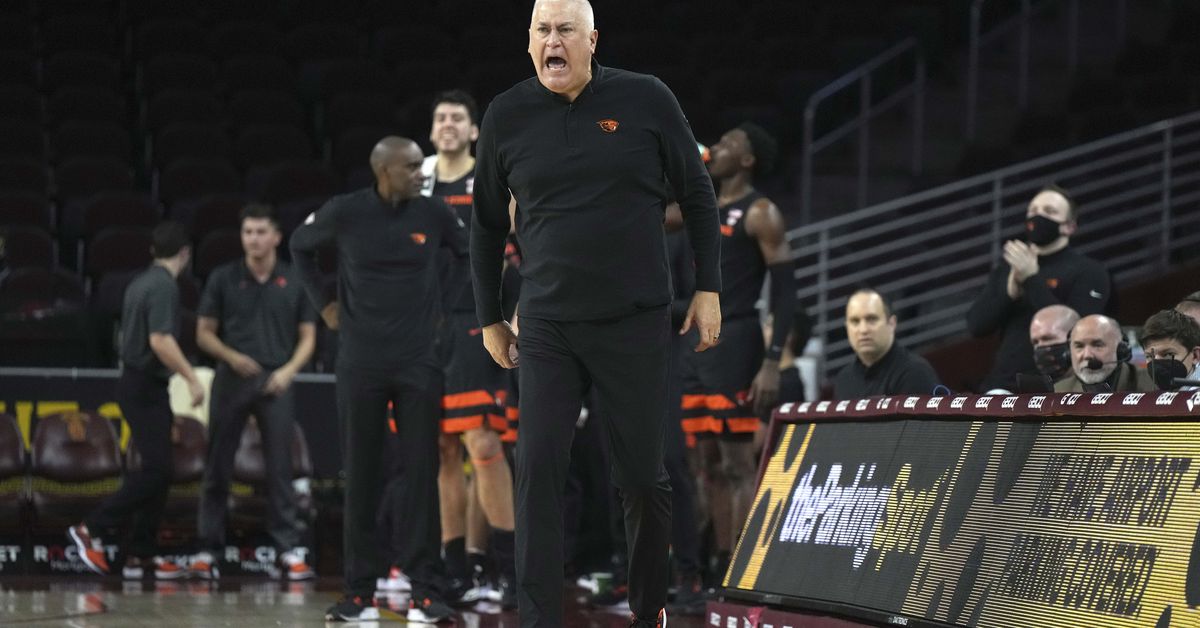 Washington’s second half propels them into Oregon State

Oregon State’s men’s team (3-14 Pac-12 1-6) has played some of its best basketball games in recent competitions, but it hasn’t been able to muster all 40 minutes and achieve a victory. One of the hottest teams in the Pac-12 traveled to the Gill Coliseum on Thursday night, the Washington Huskies (9-7 Pac-12 4-2) had won their previous two conference matchups and were looking to make it three straight against the Beaves.

The Beavers entered this game as slight favorites, but the Huskies played inspired and were led by Pac-12 leading scorer Terrell Brown Jr.

Brown finished with 27 points on the night for Washington as Dashawn Davis led the Beavers with 17 points, but the Huskies came away with the 82-72 win.

The last game against UCLA was not one of the big men of Beaver, Roman Silva and Warith Alatishe, who will put on their real highlight, as the two are only combined for six points.

To start the night against Washington, Silva scored Oregon State’s first five points as Alatishe led the team in scoring late in the first half with eight points.

Malone-Key assisted Alatishe on a layup to give the Beavers 25-22 with four minutes left. The Huskies responded with a 5-0 mini run with Brown getting three old-fashioned runs and Emmitt Matthews making a pair of free throws to give Washington the 27-25 lead.

As the end of the half approached, OSU’s Glenn Taylor and Dexter Akanno both converted and 1 chance to give the Beavers a five-point lead with just over a minute left in the half. time 34-29.

Washington made five free throws to cut the home team’s lead to two at the end of the half and Oregon State held a tight 38-36 halftime lead.

Brown scored the first points to open the second half for Washington to tie the game at 38. Alatishe and Silva kept rolling to start the second half when the two combined for the next five points in the Oregon State and the Beavers had a 43-42 lead going into the first three minutes of the half. Brown began to warm up offensively by securing a layup in transition and regaining the lead for Washington 44-43. The Huskies extended the lead to the biggest of the game after another layup from Brown gave Washington a 52-45 with just over 12 minutes left in the second half.

Washington’s zone defense went up a level and slowed Beaver’s offense in the half as a steal and dunk from Daejon Davis followed by a three from Jamal Bey opened the lead to 10 to 60-50 for the Huskies.

Davis kept the Beavers in the game by scoring a float in the key quickly followed by a steal and a dunk to cut the lead to seven with 7:13 left in the game and Washington leading 65-58. Oregon State was unable to regain momentum in the second half after back-to-back buckets from Brown took Washington’s lead.

The Beavers cut the lead to five with 1:49 left in the game after Davis was fouled on a jumper but was unable to make the free throw.

Washington’s PJ Fuller drilled in a corner three on the Huskies’ next possession to end the Beavers’ hopes of a comeback offer. The Huskies managed to eliminate the Beavers with their free throws down the stretch and walk away with their third straight conference win.

Oregon State is still looking for its first conference win since losing Utah on Dec. 30 and will have to wait a little longer after Washington State enters COVID protocols. The Beavers’ next game is against the other school in oregon next Saturday, January 29 on the road on ESPN 2 at 7 p.m.

Peak yet to come, as Oregon sets daily record for COVID cases