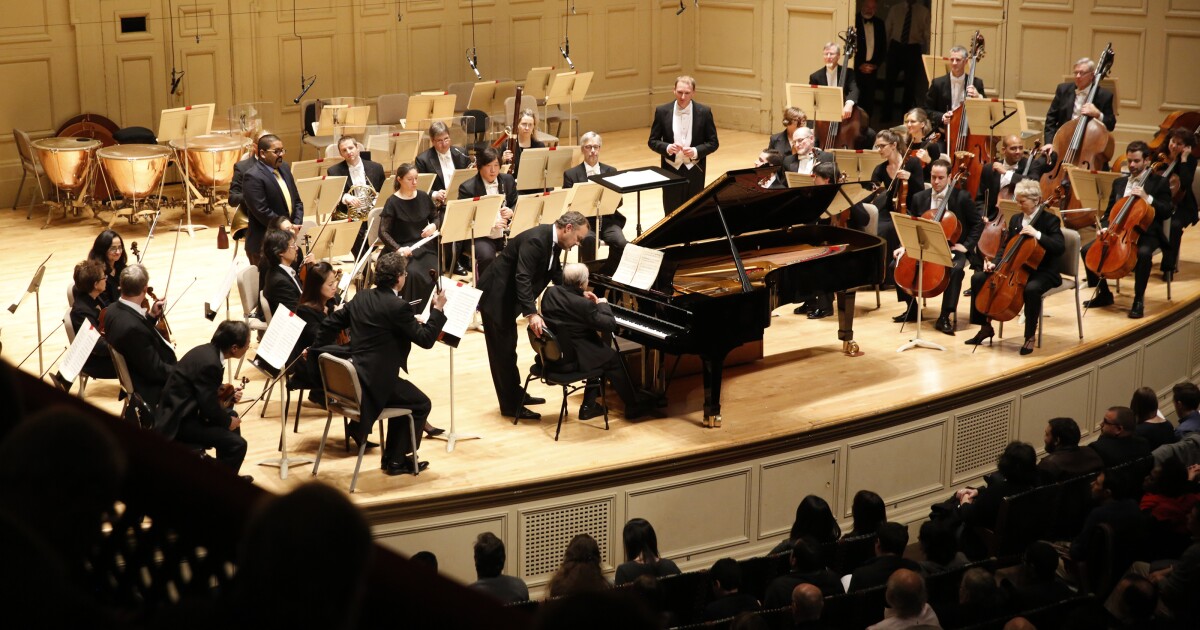 Where are the black musicians in the biggest orchestras in the country?

In 2014, the League of American Orchestras, a service organization representing professional and amateur symphony orchestras across the United States, released a diversity study and found that only 1.4% of orchestra musicians were black. .

In 2022, it’s hard to say whether that number has gotten better or worse, said Jennifer Arnold, co-founder of the Black Orchestral Network. Arnold spent 15 seasons playing viola with the Oregon Symphony Orchestra and is now Director of Artistic Planning and Operations for the Richmond Symphony Orchestra.

“There’s a real need to be transparent about what’s going on in the industry, as it relates to black people,” Arnold said. “We don’t know how many black people are in orchestras. And I say that as a representative of the Black Orchestral Network. One of our calls is, let’s start collecting data. Let’s find out, have we done better than the number of 1.4% that This 1.4% is sort of based on, “I see a black person on this stage in this orchestra.” That’s not data.

In the experience of harpist Ann Hobson Pilot, black musicians in orchestras can feel isolated. She told a podcast produced by the Black Orchestral Network that when she joined the Boston Symphony Orchestra in 1969, she was its first-ever black musician.

“When I looked around the orchestra, I didn’t see anyone who looked like me,” she said. “And it took another 20 years before another black player was hired, which was Owen Young, the wonderful cellist. And when I left 20 years later, Owen Young became the only black player in the BSO.” He still is.

The Black Orchestral Network grew out of ad hoc Zoom gatherings during the pandemic and after the George Floyd and Black Lives Matter protests. But the participants decided to make it a formal organization. Alex Laing, who plays clarinet with the Phoenix Symphony, said they wanted to become “an advocacy band, a band to talk about the experience of what it’s like to orchestrate – the verb – as that black person and how to support that in all the places it’s happening, not just the professional ranks.”

One of the first things they did was send out a call to action in an open letter titled “Dear American Orchestras.” The website lists 60 black orchestra musicians from across the country who have signed him. “We were inspired by what we had seen from the theater world and the dance world,” Laing said. “We wanted to express a point of view and talk about our experience, and then also articulate a vision for the future.”

Simon Woods, president and CEO of the League of American Orchestras, an advocacy group and the organization that commissioned the 2014 study, said orchestras in the United States were “traditionally a pretty white space”. .

The League has focused on equity, diversity and inclusion within its ranks. “There is a deep urgency in our field for change,” Wood said. He added that the League is currently working on an update to their earlier study.

Yet with change comes challenges. On the one hand, the “blind” audition process, intended to avoid bias by having musicians play behind screens, is integral to creating gender parity in orchestras, but does not has not led to an increase in the number of black musicians. Arnold of the Black Orchestral Network said it was because who gets hired depends on who gets invited to audition.

“A lot of orchestras aren’t transparent about the fact that they don’t have fully blind auditions,” she said. In other words, many who audition are able to bypass the screen.

The other barrier to change is a tenure system, which means job offers are often scarce. Shea Scruggs, an administrator at the Curtis Institute of Music who previously played oboe with the Baltimore Symphony Orchestra, said there was no shortage of qualified black musicians for orchestral jobs, even though many people see lack of representation as a problem with the pipeline.

“To say that we need music programs for young people, or that it happens at the conservatory level; basically framing challenges around diversity in a way that absolves orchestras of being part of the problem” is a problem, he said.

Because the is a pipeline. The Detroit-based Sphinx Organization supports young black and Latino musicians, the Gateways Music Festival in Rochester features musicians of color from across the country, and the Baltimore Symphony Orchestra recently named Jonathon Heyward, a conductor of color from 29 years old, to take over the musical direction in the fall of 2023.

Mark Hanson, president and CEO of the Baltimore Symphony Orchestra, said it was a great step, but the organization needed to better reflect its community: “Not just the orchestra itself, but the staff,” he said, “the board, our donors, our partners, and ultimately our audience.”

Meanwhile, the Boston Symphony Orchestra is addressing its lack of diversity with its new program awarding two scholarships to underrepresented populations. This year, one of the scholarship recipients is black and the other is Latino. Gail Samuel, President and CEO of the BSO, said she believes diversity of voice is essential to the survival of orchestras: “We need to commit ourselves and our organizations to changing systems, structures and policies that have excluded black musicians for a long time. too long.”

Black Orchestral Network co-founder Laing said he hoped the questions they raised would lead to a real shift in mindset. “Who is this space for?” Laing asked. “Who is it designed to put at ease? And whose presence in there disturbs that? So those are the conversations we want to have.”

US proposal would allow eagle kills as renewables grow