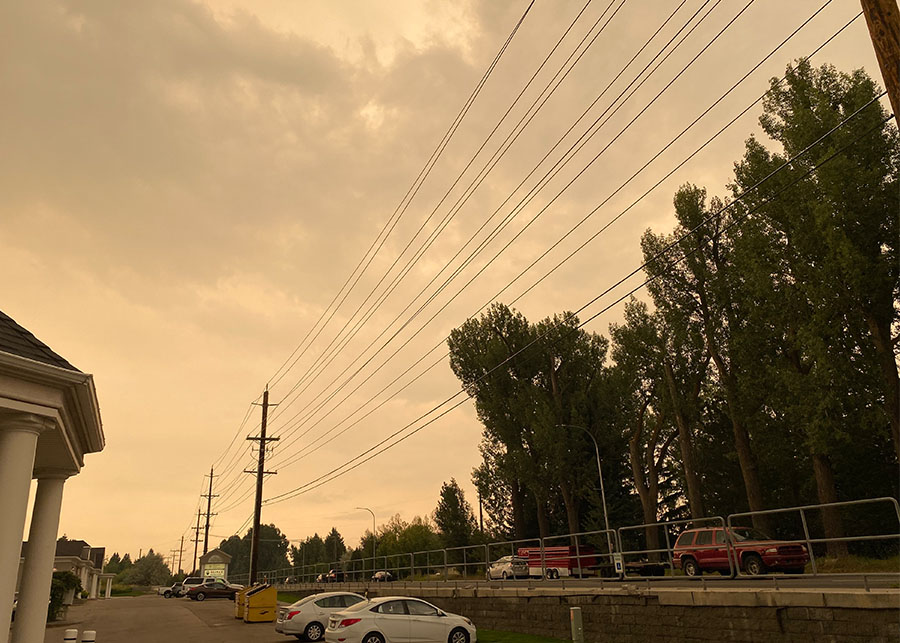 Where does the smoke come from?

Smoke in the air, EastIdahoNews.com

IDAHO FALLS – There’s been a weird look outside since mid-morning Friday.

The sky is yellow and it smells of smoke! There were several messages to EastIdahoNews.com asking where the smoke was coming from.

Meteorologist Greg Kaiser of the National Weather Service in Pocatello said that while some regional fires may be contributing to it, the majority of the smoke comes from fires in the west.

The NWS posted on Facebook saying, â€œWhile some of our local fires may add a very small amount of smoke today, most of it is from larger fires in our west and southwest today. “

There are dozens of small to large fires burning in the western United States. But officials say it’s the very large fires that cause the majority of the smoke.

Currently, the largest wildfire in the country is the Dixie Fire in northern California, according to the New York Times. It had grown to over 432,813 acres by noon by Friday and is responsible for the destruction of the small town of Greenville, California.

So when will the smoke clear the area?

Kaiser says he’s here to stay for the next few days and there is a possibility that it will be for a week.

For the latest weather information, visit the EastIdahoNews.com weather page.