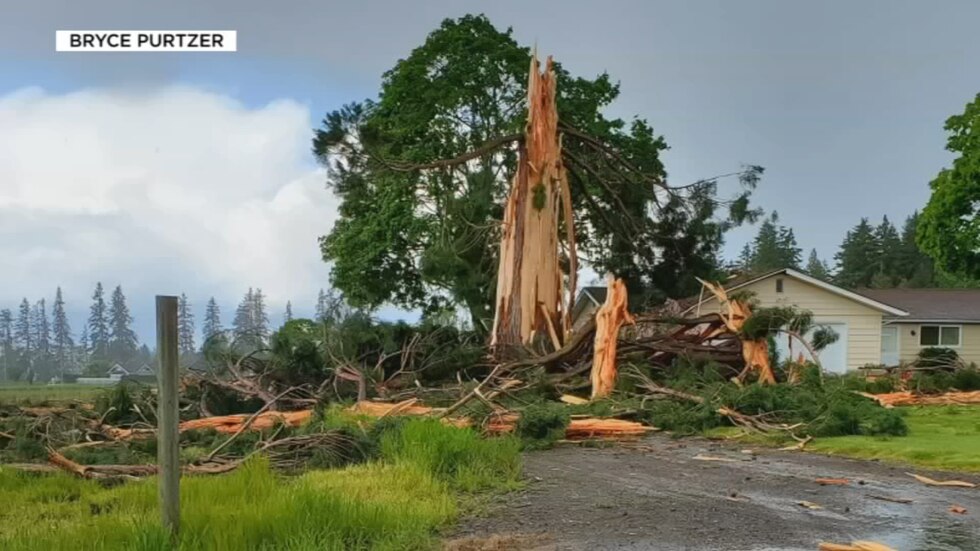 PORTLAND Ore. (KPTV) – Jolene Neuberger was at work on Thursday afternoon when she received an unexpected call from her father.

One of his parents’ massive, tall redwood trees was struck by lightning, causing quite a mess on their property and beyond.

“I immediately left work and came here and there was a tree on their house. Branches, debris everywhere,” Neuberger said.

“The tree has just been incinerated. It exploded,” said her husband, Scott.

Her parents, Louie and Beverly Siri, were out of town when it all happened, and their kids are grateful. Especially because their mother usually hangs out where part of the tree crashed.

“They are older so I would have been worried about them. I am grateful that no one was injured and dizzy. These trees have been here since we moved here in 1972. Small, small trees,” Neuberger said.

“This tree as you see it is between 10 and 12 feet in diameter,” Scott Neuberger said.

Siri’s kids and neighbors quickly came to the rescue to help clean up the front yard and make temporary roof repairs before the Siris even got home. Now they said they had to wait for PGE to turn their power back on.

It wasn’t the only destruction caused by the weather today. In southwest Portland, a tree also fell on a home in Kelsi Court. Fortunately, nobody was hurt.

The same can’t be said for a handful of crashes that caused major saves on I-5.

The Washington State Patrol said it responded to several after a hailstorm rolled through the Kelso area just after 2 p.m. Thursday. Private Will Finn, a spokesman for WSP, said multiple tractor-trailers, cars and a motorcycle were involved in multiple crashes blocking all northbound lanes, which have since reopened.

They said one person died and one man was taken to hospital.