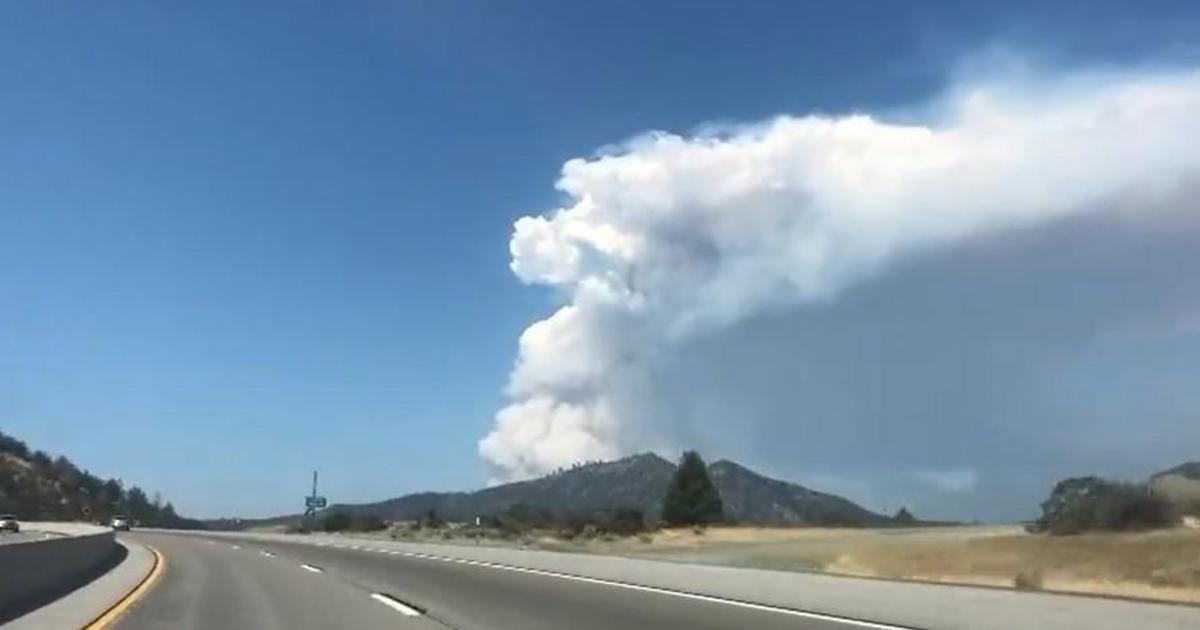 Wildfires burn in California, Montana and Idaho as firefighters deal with scorching heat

In the Klamath National Forest in northern California, the fast-moving McKinney Fire had burned about 30,000 to 40,000 acres on Saturday with zero containment, according the United States Forest Service. The fire started Friday in a largely rural area of ​​Siskiyou County, near the Oregon state line. Videos posted on social media showed a huge plume of smoke rising hundreds of meters into the air.

California Governor Gavin Newsom declared a state of emergency Saturday night for Siskiyou County. The governor’s office said more than 2,000 residents were under evacuation orders and said the McKinney fire had “destroyed homes”. An estimate of the number of homes damaged or destroyed in the fire was not provided.

Wind, lightning and high temperatures were expected to make the McKinney Fire “problematic for firefighters” over the weekend, officials said. The explosive growth forced crews to shift from trying to control the fire’s perimeter to trying to protect structures and assist with evacuations.

To complicate matters, the National Weather Service reported that “excessive and record-breaking heat” was expected through Sunday for the Pacific Northwest, with some areas likely to experience triple-digit temperatures.

The NWS also said thunderstorms were expected to “develop” in Siskiyou County late Saturday afternoon, which could lead to the possibility of lightning sparking new wildfires.

Deputies and law enforcement were knocking on the doors of the county seat of Yreka and the town of Fort Jones urging residents to get out and evacuate their livestock safely in trailers. Automated calls were also sent to landline telephones as there were areas with no cell phone service.

“We are asking residents across the region to be prepared,” said Siskiyou County Sheriff’s Office spokeswoman Courtney Kreider. “Last night we were pushing evacuations about every hour, and there are large parts of the county that are in alert zones.”

Moments later, she said, “Oh – we just added another area to the evacuation warning.”

Meanwhile, in western Montana, the Elmo Wildfire has doubled in size to more than 6 square miles near the town of Elmo and Flathead Lake. According to the Boise-based National Interagency Fire Center, the wind-driven Elmo Fire forced the evacuation of homes and livestock as it ripped through grass and woods. The agency estimated that it would take almost a month to contain the fire.

Smoke from the fire shut down part of Highway 28 between Hot Springs and Elmo due to heavy smoke, according to the Montana Department of Transportation.

Crews from several different agencies were battling the blaze on Saturday, including the Confederate Salish and Kootenai Tribes Fire Division. Six helicopters were making drops on the fire, aided by 22 ground engines.

The Lake County Sheriff’s Office said Saturday morning that other homes were in a “pre-evacuation” state and that residents were urged to monitor information from area agencies in case the weather changed and there were more conditions. other evacuations would be necessary.

About 200 miles south, Idaho residents remained under evacuation orders as the Moose Fire in the Salmon-Challis National Forest charred more than 67.5 square miles of land wooded areas near the town of Salmon. It was contained at 17%. More than 930 wildland firefighters and support personnel responded to the Moose blaze on Saturday.

A red flag warning that the weather could cause extreme fire behavior was in effect for the region, with “dry thunderstorms” – usually bringing lightning and wind without rain – expected.

Firefighters were working to protect homes, energy infrastructure and the Highway 93 corridor, a major north-south axis. Two pilots fighting the fire died when their helicopter crashed into the Salmon River on July 21.

The U.S. House of Representatives on Friday approved sweeping legislation to help communities across the region cope with the increasingly severe wildfires and drought — fueled by climate change — that have caused billions of dollars in damage to homes and businesses in recent years.

The measure combines 49 separate bills and would increase firefighter pay and benefits; stimulate resilience and mitigation projects for communities affected by climate change; protect watersheds; and making it easier to get federal help for wildfire victims.

The bill now goes to the Senate, where California Democratic Senator Dianne Feinstein has sponsored a similar measure.