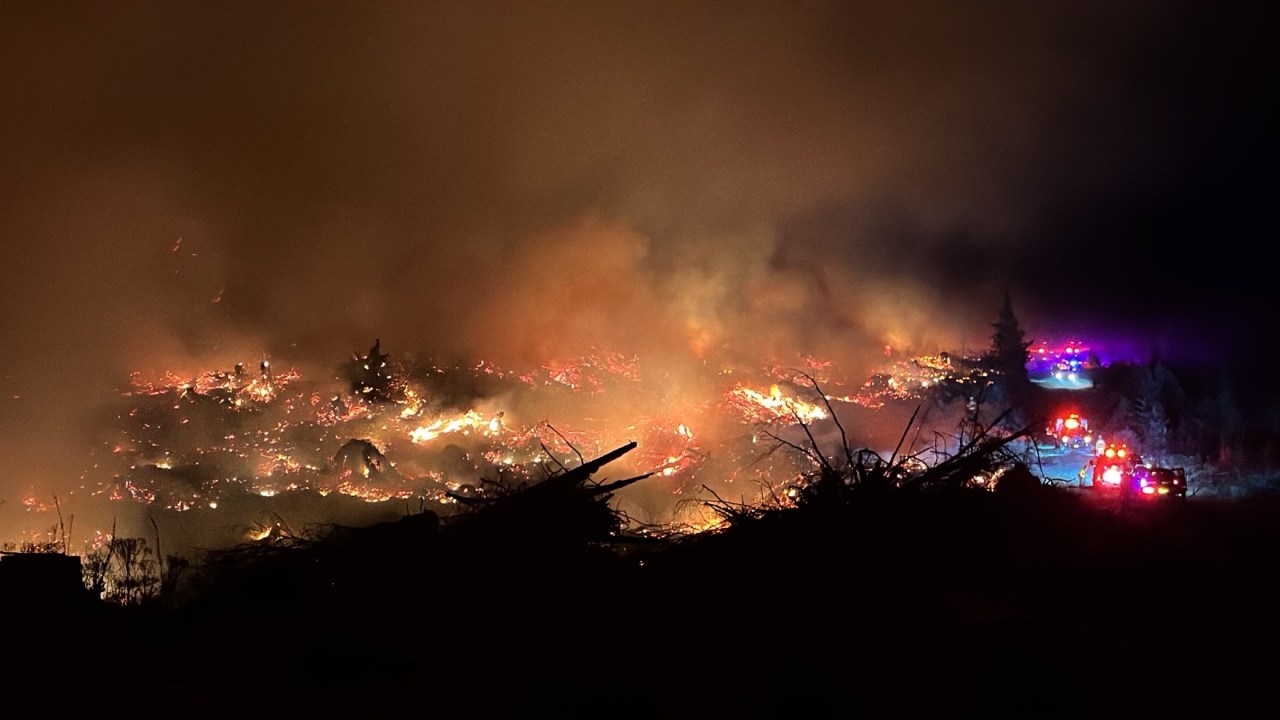 PORTLAND, OR (KOIN) – Despite cool, rainy weather, a recent dry spell and high winds are bringing fire danger back to parts of Oregon as cities along the coast see new fires breaking out.

One is the 98 Delta Fire in Clatsop County east of Gearhart.

“That’s about 140 acres,” said Jason Cox of the Oregon Department of Forestry. “There are approximately four homes undergoing a level three ‘go now’ evacuation, there are no other evacuations in place at this time.”

“It’s about 80 acres,” Cox said. “This is causing significant smoke, visible from communities like Nehalem.”

Cox says they are also seeing a number of smaller fires breaking out, many of which are still under investigation.

One of them was at Seaside Thursday night after gusty winds pushed the 20-acre Tillamook Head Fire toward the ocean just south of downtown Seaside near the junction of Highway 101 and US-26. The crews were able to contain itbut Cox says the fire behavior is abnormal for this time of year.

“This type of fire activity in November and particularly in northwestern Oregon is quite unusual,” Cox said.

How is taxpayer money being spent to fight gun violence in Portland?

Parts of Washington are also reporting unusual activity late in the fire season. The Washington State Department of Natural Resources says several are burning in southwest Washington, including the 6-acre Brix Fire and the 35-acre Chinook Fire, both southeast of Long Beach, and the 50-acre Footrot Fire southwest of Randle in Lewis County.

Cox says while easterly winds contributed to the fires this week, the extended rainy season through late June which delayed the start of the fire season, as well as hot, dry weather in late September , could explain why we see these fires so late in the year. .

“It almost seems like we’ve taken what would normally have started in May and ended in September and just moved that forward a few months,” Cox said.